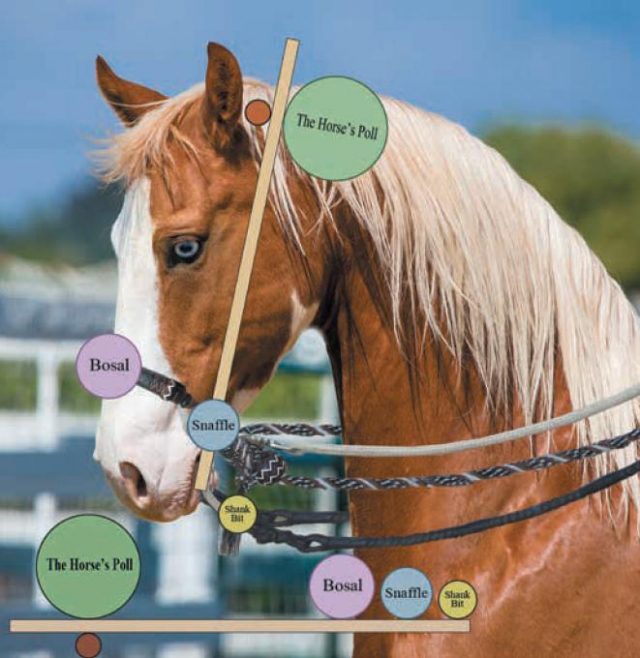 An excerpt from ‘Dressage the Cowboy Way’ by Eitan Beth-Halachmy.

In this excerpt from the new book Dressage the Cowboy Way, horseman Eitan Beth-Halachmy and veterinarian Dr. Jenni Grimmett explain how leverage works, what that means about the bits we choose, and why our hands matter. 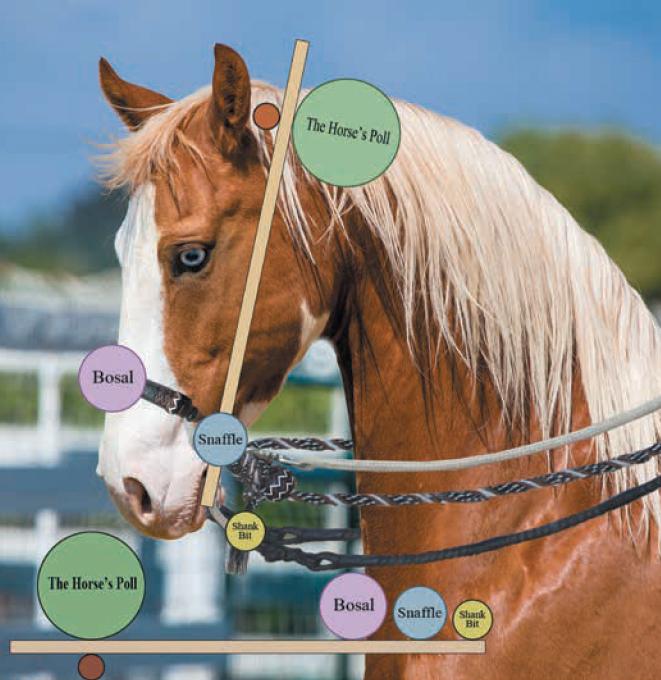 While bit choice is often just a matter of personal preference between horse and rider, the differences between the bits are much more significant. Before choosing your bit, it is important to consider your goals, your horse’s level of training, and reason for changing bit type.

Typically, the horse learns in the simplest training tool, either a snaffle or a bosal, and transitions to a leverage-type bit as his training is refined, but more importantly, as his understanding of pressure and release and rider expectation grows. It is essential that you understand the mechanism of action of the tools being used to get the most effectiveness out of the exchange between horse and rider.

No matter what kind of bit you are using, you are effecting a change on the horse’s poll. If you look at the horse’s head as a long rod connecting the muzzle to the poll, you can imagine that moving the poll would be easier and require less energy the farther away you are from the poll. This is the principle of leverage. The bosal sits closest to the poll and requires the most direct pressure to affect the poll. A shanked bit’s action is farthest from the poll and can, therefore, exert the most action on the poll with the least amount of pressure from the rider. The longer the shank, the more leverage it applies. Look at the illustration at the beginning of this excerpt. The fulcrum point is at the horse’s poll and the bar of leverage is the horse’s head. Each of the different pieces of tack is represented by a circle, the size of which represents the amount of force applied by the rider to exert force on the horse’s poll. The bosal requires the most force to exert action on the poll and the leverage bit requires the least amount. It is important to remember that just because you are pulling less does not mean the horse is experiencing less pressure.

Another misconception that many riders fall victim to is that because the rider is exerting less pressure manually, the horse is “lighter.” This is not the case because of the leverage effect. If this were true we would not hear the complaint when transitioning a horse from the shanked bit back to the snaffle that the rider has no control or that the horse is so much heavier in the snaffle. When the horse is heavy in the snaffle, transitioning to a leverage bit is only going to make the rider feel better about that heaviness because she must pull less to get the same effect. But from the horse’s perspective, he isn’t learning to be lighter and more responsive, he is learning how to deal with ever increasing amounts of pressure.

Once the horse understands pressure and how to relax his poll and give to the pressure, he is ready for the refinement of the leverage bit. The lighter signal allows for more subtlety of cues and more infinite variation in the conversation between horse and rider. The poll is directly affected by the pressure on the long rod that is the plane of the horse’s face from poll to muzzle. The bosal requires the most relative force to apply a given amount of pressure to the poll. The snaffle requires slightly less pressure for the same effect, but both are direct pressure devices. As you move into a shanked bit, you really emphasize the effect of leverage action on the poll, and this effect is amplified most by the length of the shank. 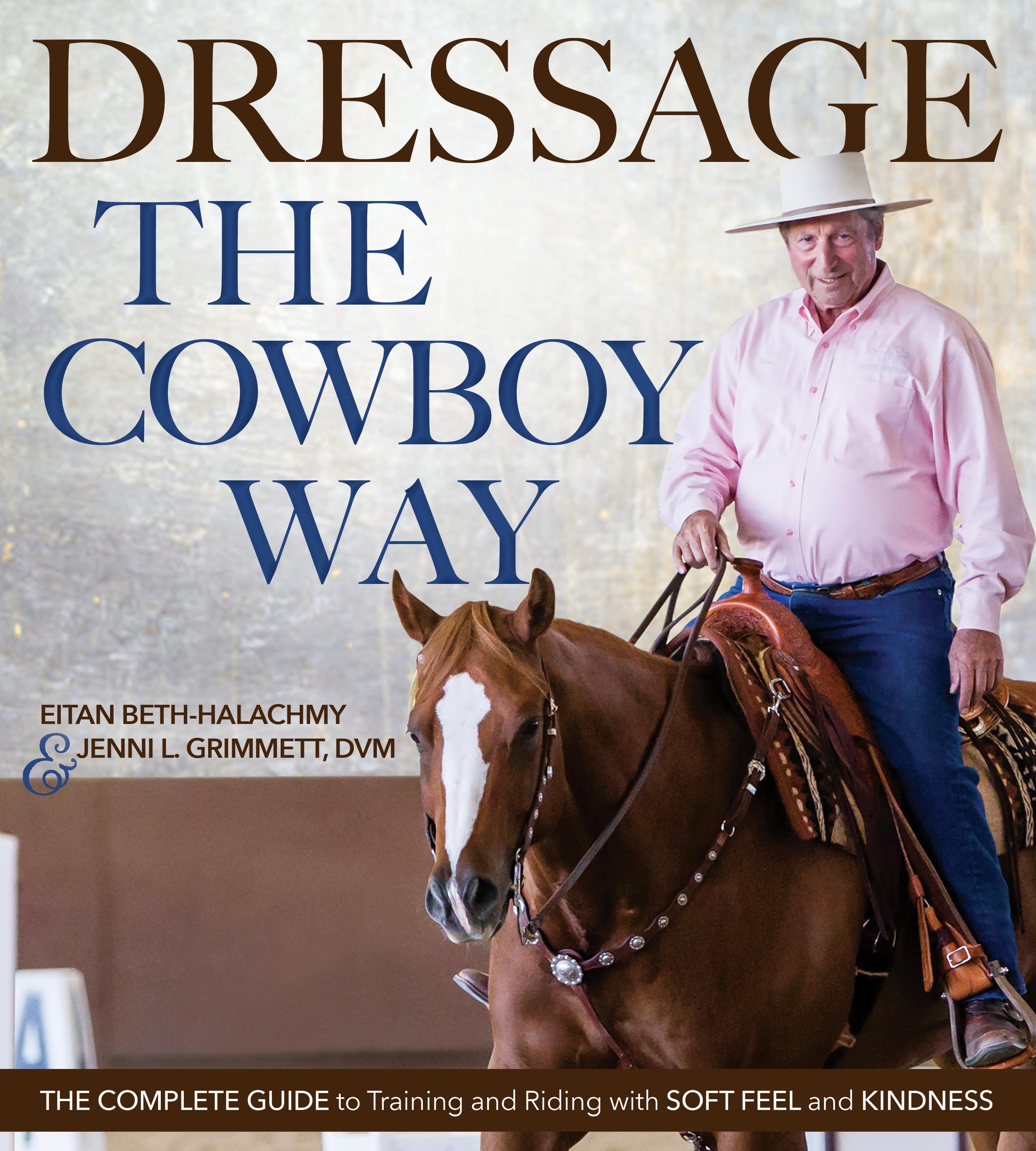 This excerpt from Dressage the Cowboy Way by Eitan Beth-Halachmy and Jenni Grimmett, DVM, is reprinted with permission from Trafalgar Square Books (www.horseandriderbooks.com).