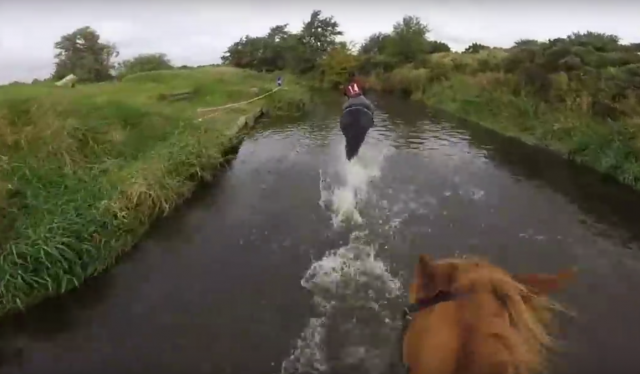 It’s all fun and games until our plucky helmet-cam-wearing rider falls off in the water… but up until that point, this looks like a blast! 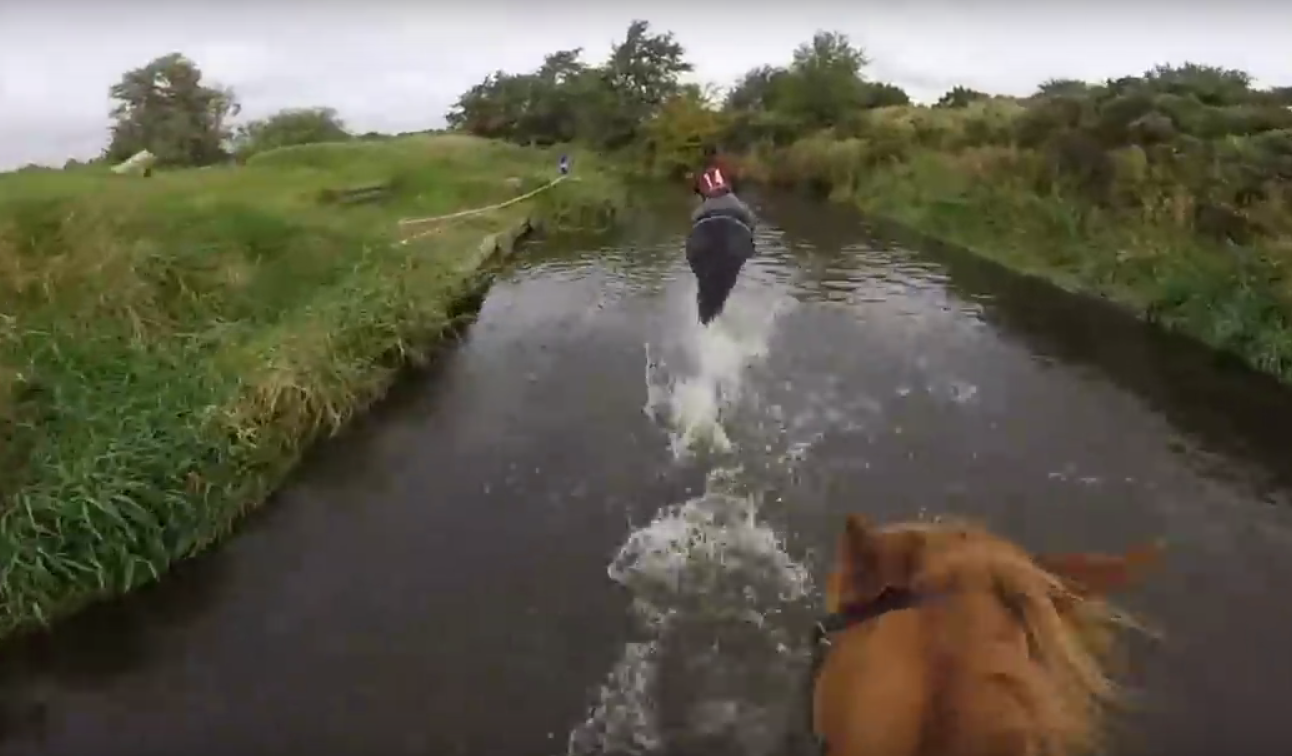 Cross-country helmet cams are frankly not my personal cup of tea — I’m rarely inspired to suddenly make a radical shift into eventing and hurl myself at anything bigger than a novice fence.

So why is it that this video from a hunter trials get me grinning? At its core, it’s basically the same concept: thundering around in open country jumping over immovable objects.

I’m thinking it reminds me a lot of some of the best times I’ve had on horseback: running the trails at my childhood barn with friends on our lesson ponies popping over the small logs and temporary fences we had dragged out there; schooling the cross-country course with my fellow wranglers on the ranch where I worked for many years in Wyoming on spirited homebred Arabians while the young horse herd galloped along with us; riding the cross-country course in Ireland at Flowerhill Equestrian Center on what might be the most tolerant babysitter of an Irish cob mare that I’ve ever met, along with my coworkers and students.

The key here, I think, is riding with friends — with that other scrappy element of riding a real homegrown course, with rugged water crossings, a twisty-turning trail through the woods (taken at a dead run — no one is ballsier than a teenage equestrian) and nice natural obstacles that are plenty meaty without being too pretentious. This is my kind of cross-country ride:

Okay, so our brave narrator does lose it a bit in that last water complex. According to video comments, she got back on and they continued the course just fine, other than losing and forgetting the GoPro somewhere in the pond. Whoopsie!