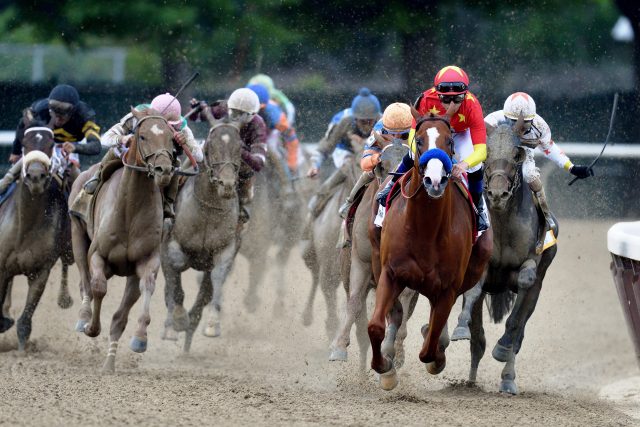 Justify made history for himself in Saturday’s 150th Belmont Stakes by merit of winning the Triple Crown, but he also set records for his trainer Bob Baffert and jockey Mike Smith. HorseDoc® ‘Talking Horses’® with Dr. Gregory Beroza has the scoop. 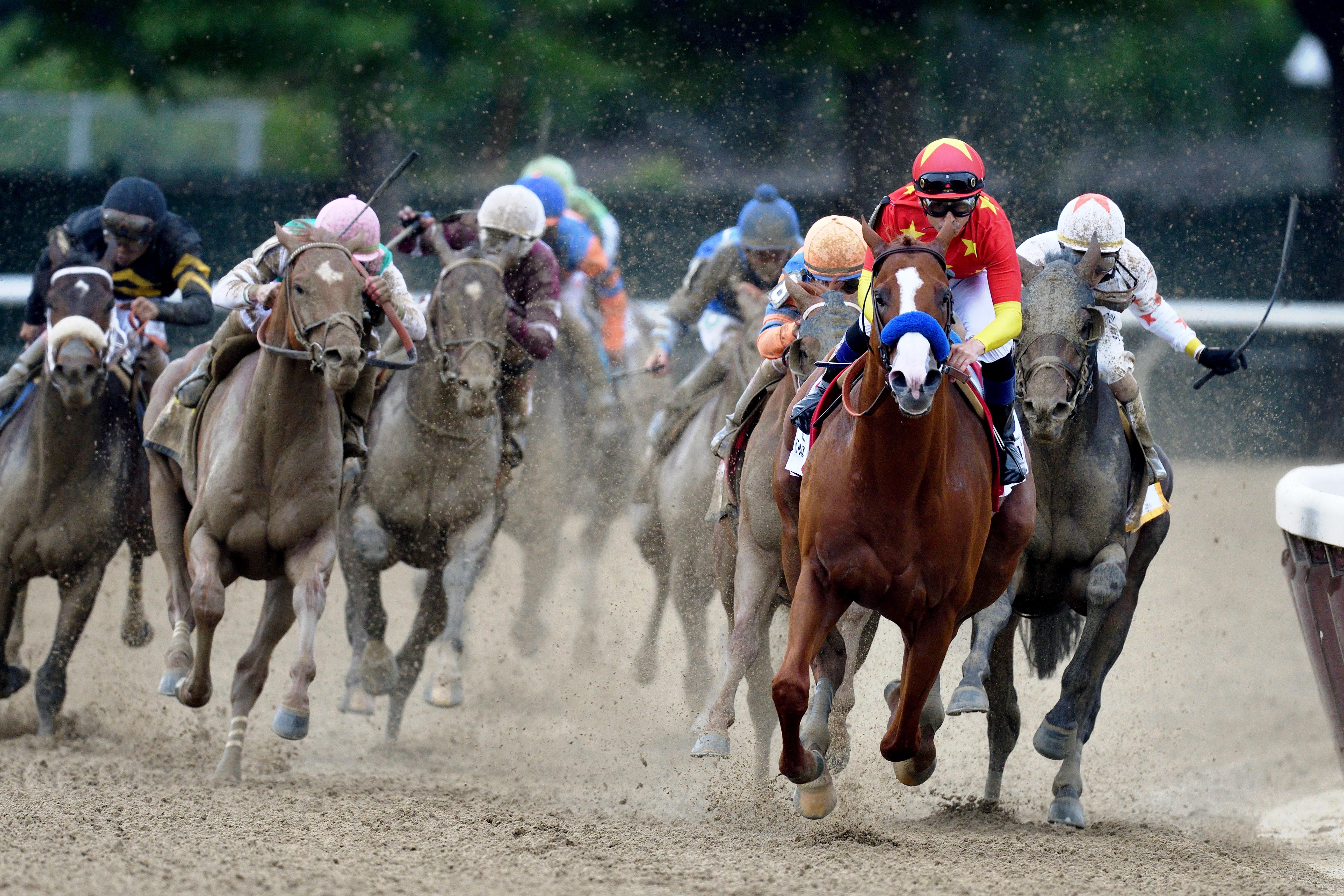 The running of the 150th one and a half mile $1.5 million dollar Belmont Stakes at Belmont Park, Elmont, New York on Saturday June 9th, 2018 turned out to be a truly historic event. While Hall of Fame trainer Baffert is a veteran of Triple Crown races, this year’s Belmont Stakes set a contemporary new record, second only to a feat last set by legendary Hall of Fame thoroughbred trainer “Sunny Jim” Fitzsimmons. He trained back to back Triple Crown winners for Belair Stud in 1930 (Gallant Fox) and again in 1935 (Omaha). It is highly unlikely that we will ever see this record again broken, especially in our lifetimes. 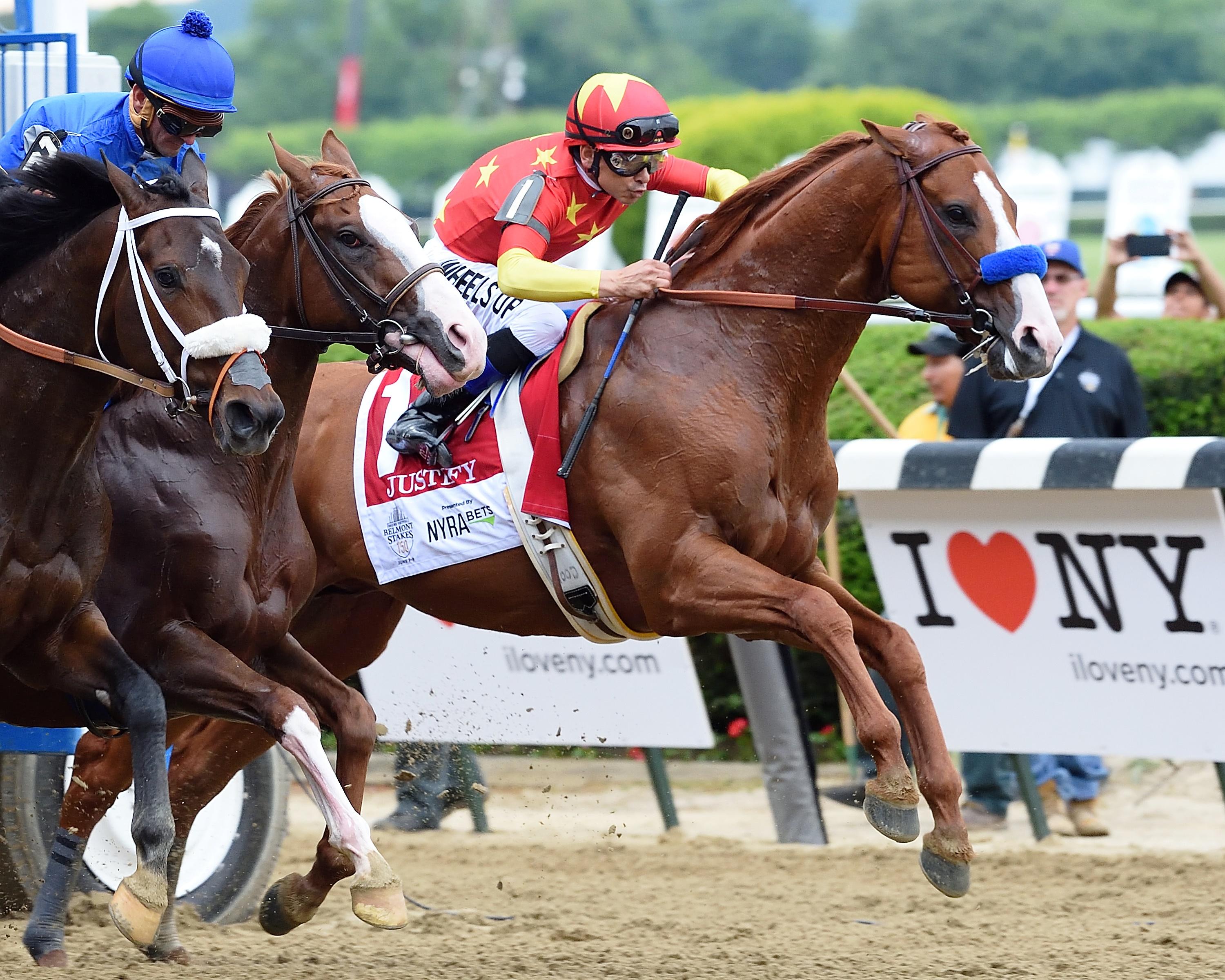 Justify out of the gate. Photo (c) S. Raisher

No jockey has ever won the Triple Crown twice and this was again the case. This year’s Hall of Fame jockey Mike Smith won aboard Justify, while the previous Triple Crown winning jockey was Victor Espinoza aboard American Pharoah. At 52 years of age, Smith is the oldest winning Triple Crown jockey. While the winning owner connections were different, the trainer was the same Bob Baffert. This was Baffert’s second Triple Crown win and his fifth attempt. He had previously won two Belmont Stakes with American Pharoah (2015) and Point Given (2001); and this was his 14th Triple Crown entry. Justify’s winning Belmont Stakes time of 2:28.18 was slower than the top ten fastest recorded times in its 150 year history. 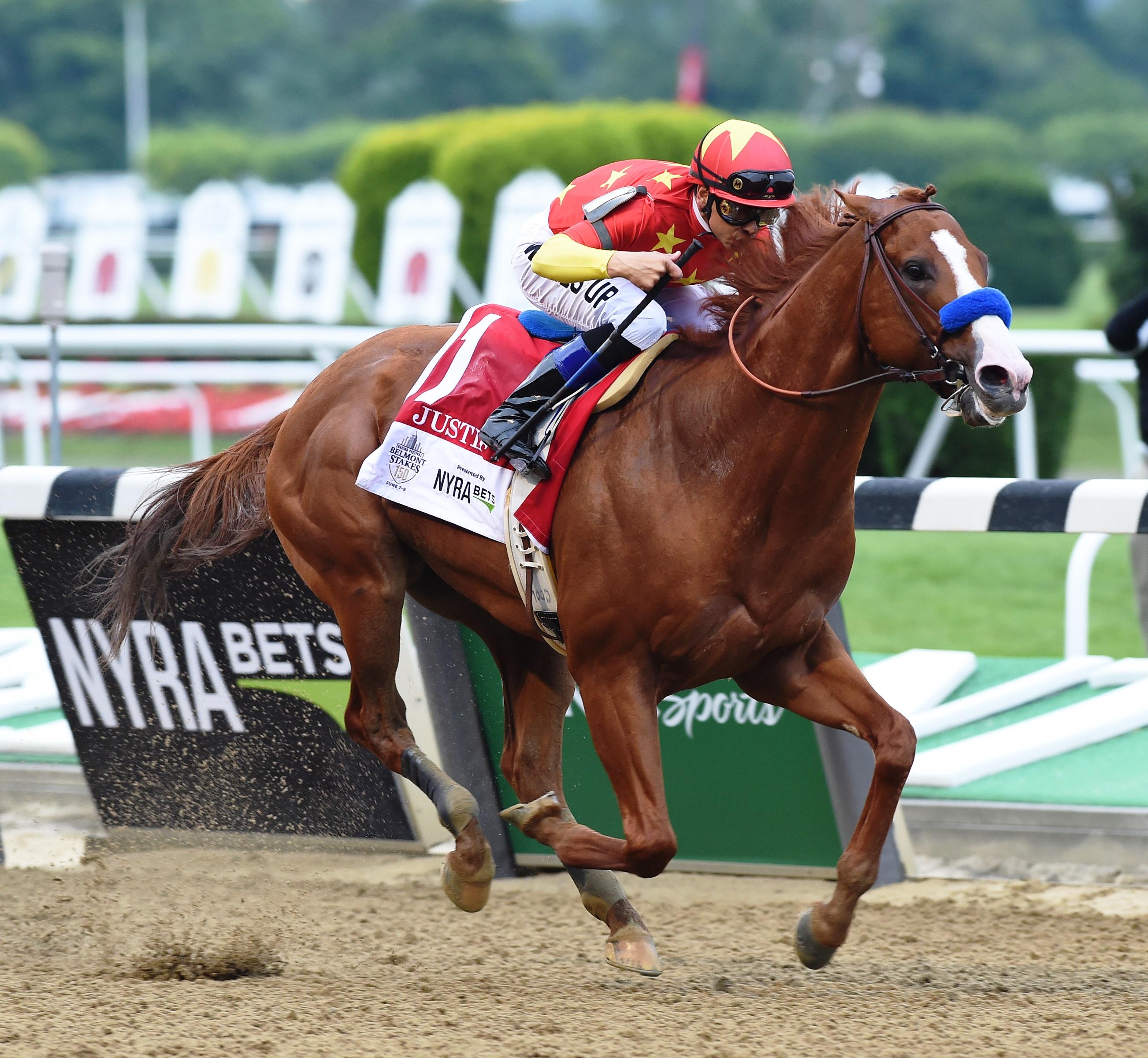 Justify is a large muscular chestnut colt who, like preceding Triple Crown Champion Seattle Slew, was the only other undefeated champion who also accomplished a front-running wire-to-wire win. Justify was challenged early by trainer Todd Pletcher’s Vino Rosso, who relinquished and finished fourth. He was challenged later in the race by trainer Chad Brown’s Gronkowski, who settled for a second place finish at one and three-quarters lengths behind Justify. Bill Mott’s Hofburg settled for third. 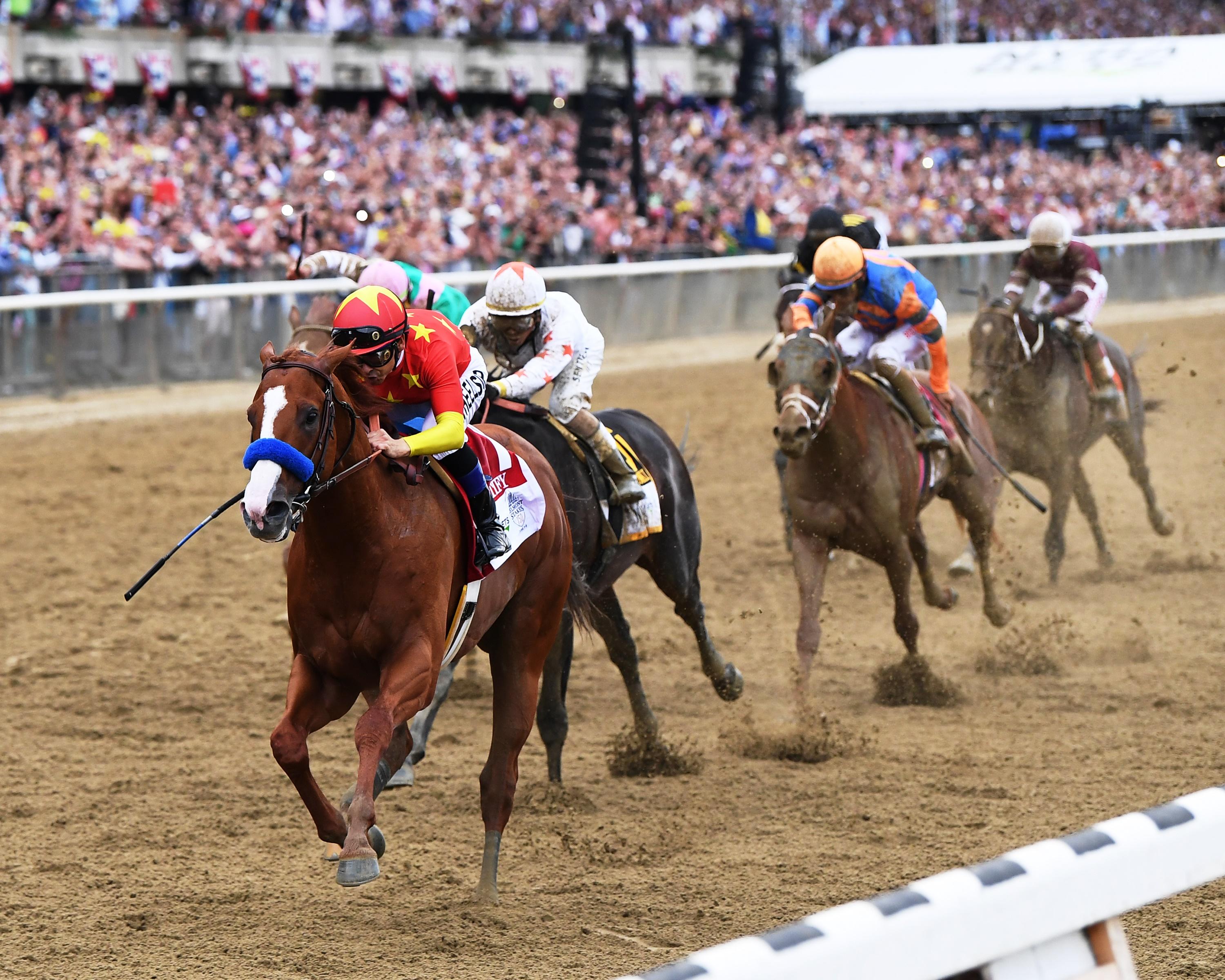 Justify may next meet up with several of his previous Triple Crown challengers at Saratoga on August 25th in this year’s Grade 1 $1.25 million dollar Travers Stakes. Similar to the Kentucky Derby, this race will be run at a mile and a quarter. Justify appears to be difficult to beat on any track, in any condition, at any distance, as he seemed untired and able to run another half mile after his Belmont Stakes victory. 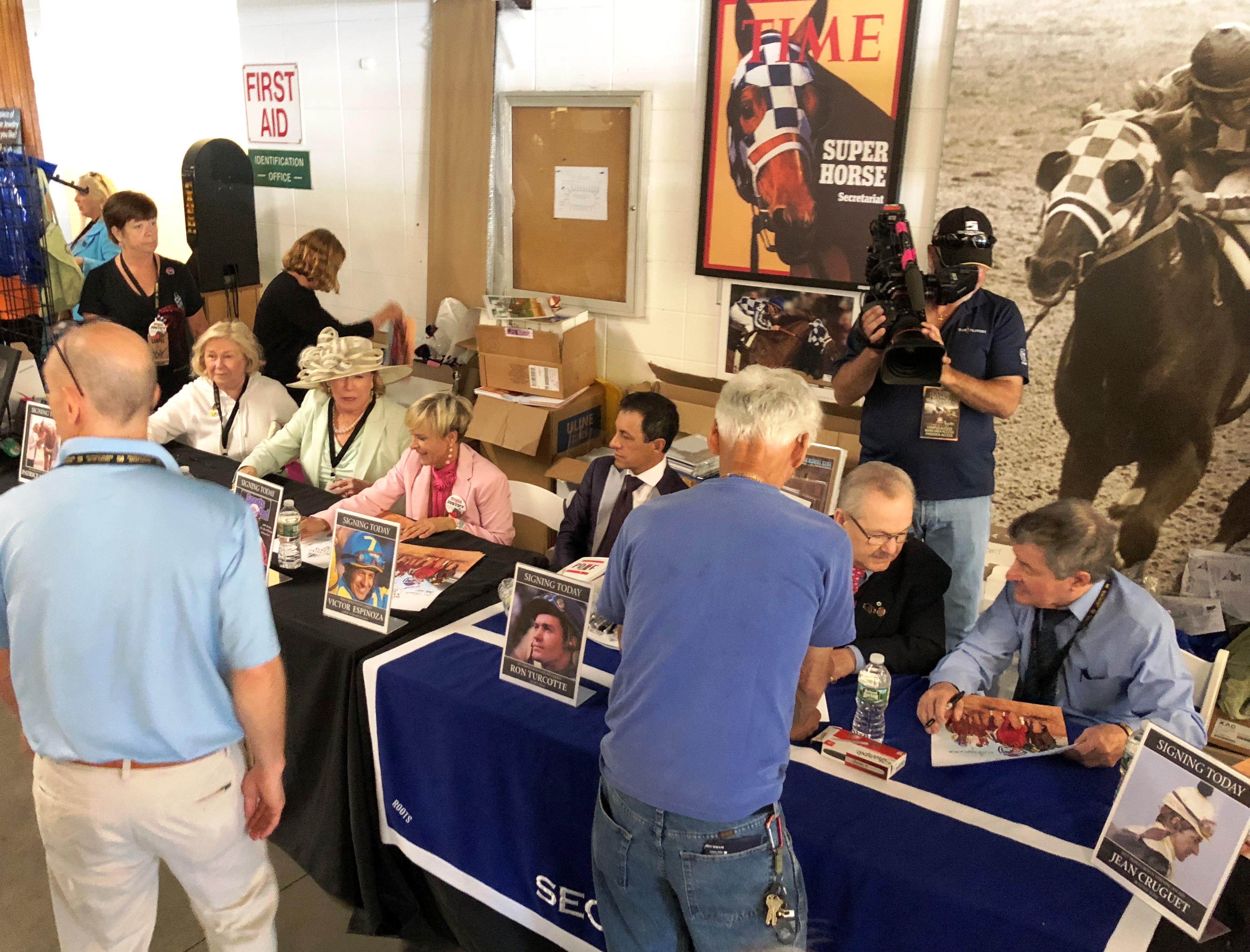 Dr. Gregory A. Beroza, DVM, DACVS, DABVP has been a practicing veterinarian for 36 years and HorseDoc® ‘Talking Horses’® media host, author and consultant since 2007. He is the Founder and Chief of Staff at Long Island Equine Medical Center, President of EQUISCAN — the first privately licensed equine nuclear diagnostic facility on East Coast — and Founder and President of LONG ISLAND EQUINE MEDICAL FOUNDATION INC.  Contacts: www.HorseDoc.com, [email protected]oc.com or Twitter @DrGregoryBeroza