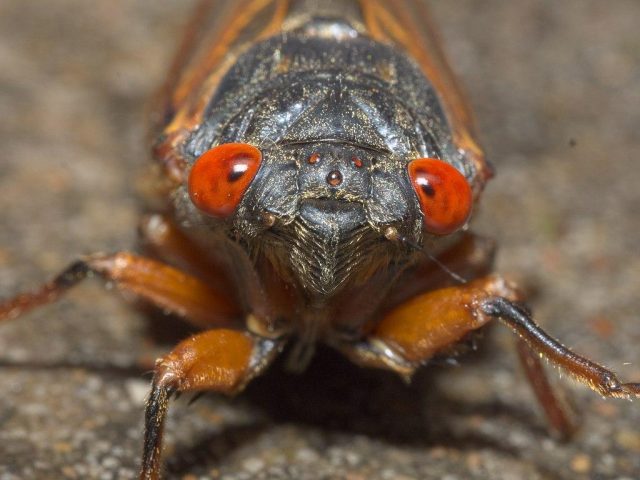 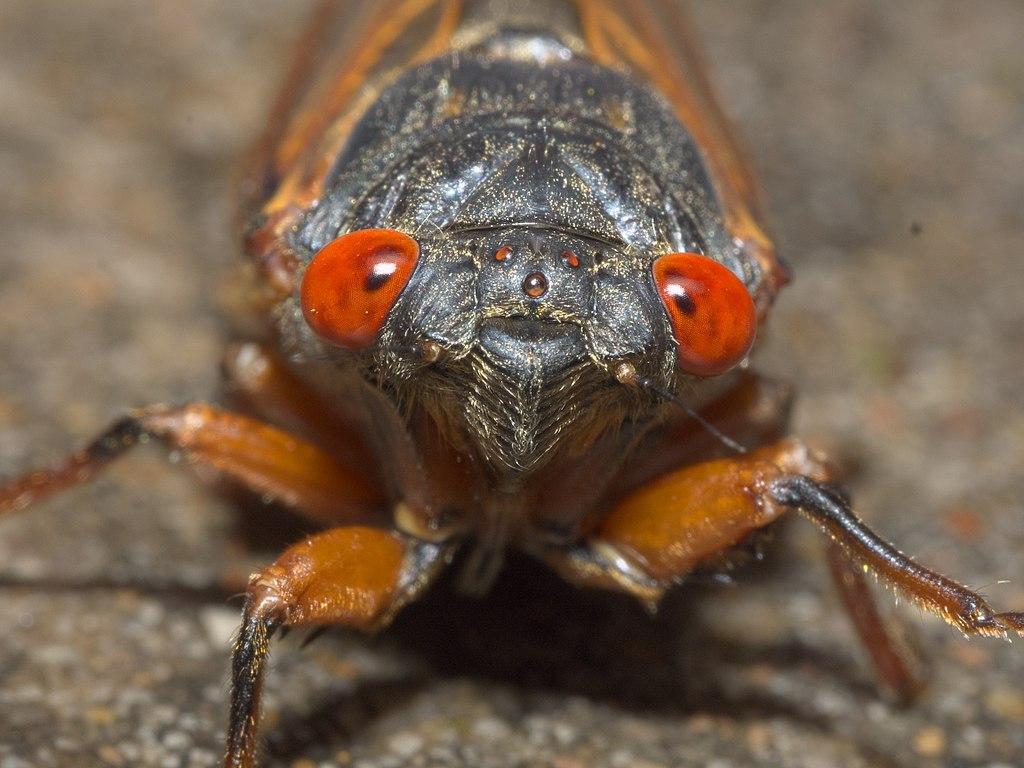 Not all insects bother horses or humans. In fact, most insects help the environment and are ecologically important for the survival of other animals. One of the most feared of these insects is the periodical cicada (Magicicada spp). Cicadas are “true bugs” (Order: Hemiptera), and they are harmless to humans and horses. The problem is they look demonic.

They also have a nasty habit of landing on us as we mow our lawns or trim our hedges. They are attracted to the sound of the engines that power our garden equipment. To them, at least, they sound like other cicadas. If one or more of them lands on you, just brush them off. Alternatively, you could just blame them for not finishing your yardwork.

My wife and I are from Southern California. According to CicadaMania, most states are home to at least four cicada species. California has more than 80. Yet, in the 47 years that I lived in Southern California, I can’t recall ever seeing, let alone hearing, any cicadas. It wasn’t until 2004, when moving to Kentucky, that I first discovered cicadas.

We’d stopped for lunch at a gas station in Indiana. When we got out of the car, we heard the ear-piercing sound of thousands of cicadas. I wasn’t an entomologist at the time, so I had no idea where that terrifying noise was coming from, or what was creating it. We were convinced that aliens were landing. As we walked around, we saw these bizarre insects everywhere: their red eyes staring at us, their orange wings reflecting the sunlight. Worst of all were the exoskeletons that lay on the ground or hung from tree branches or shrubs. We couldn’t escape that extraterrestrial noise. When we finally arrived at our new farm, we discovered what was making that noise, and were surprised to see what was looking back at us.

Despite their wicked appearance, cicadas are a major food source (or dessert) for many animals including humans, pets, rodents, marsupials, reptiles, birds, fish, insects, and arachnids. They also attract an even more terrifying looking insect, cicada killer wasps. These enormous wasps capture cicadas and lay their eggs inside the cicada’s body where the larvae feed, ultimately killing the cicada host.

For the most part, cicada killers are not dangerous to humans or animals (unless you step on the them or crush them in your hand). Cicada killers are so focused on capturing cicadas that they could care less about you.

While their stingers are exceptionally large, they are used primarily to paralyze cicadas prior to laying eggs (as with all stinging insects, only the females have stingers). If you mind your business and just ignore them, they’ll leave you alone. If, by chance, you do see one, you will see just how large that stinger is. Terrifyingly large? Most definitely. Dangerous, not usually. You have to really bother them to get stung.

The greatest danger to horses and horse lovers is the risk of falling off your horse while trying to chase the cicadas and cicada killer off your or your horse. My advice: to ignore them. Enjoy your ride, enjoy nature, revel in these marvelous creatures. If one happens to land on you, wait a few seconds, it will usually fly off. If you’re not afraid of them, let them hitch a ride with you. Periodical cicadas appear every 13 or 17 years; however, their broods overlap. Brood VII is expected to emerge in the Finger Lakes of New York State, and a few remaining members of brood XXII may also appear in small numbers in Ohio, Kentucky, Louisiana, and Mississippi.

I will leave you with this poem by the Syrian-Greek poet, Meleager of Gadara:

“O, shrill-voiced insect; that with dewdrops sweet,
Inebriate, dost in the desert woodlands sing;
Perched in the spray-top with indented feet,
Thy dusky body’s echoings harp-like ring.
Come, dear Cicada, chirp to all the grove,
The Nymphs and Pan, a new responsive strain;
That I, in the noontide sleep, may steal from love,
Reclined beneath the dark o’erspreading plane.”

Have an insect-related question for Marty? Let us know at [email protected]allc.com!