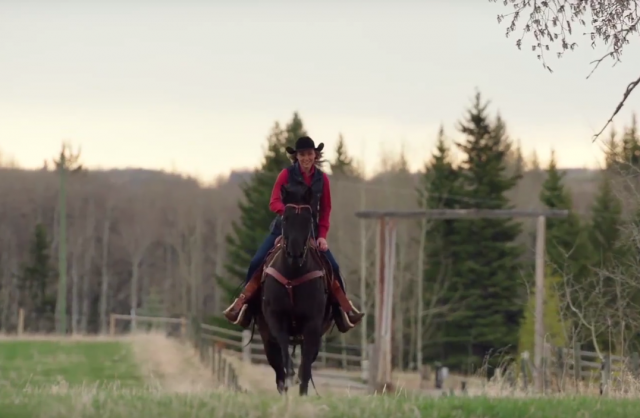 Heartland is a much-loved Canadian treasure, the longest-running one-hour scripted drama in the country; the twelfth season is in production as of June 1. The show follows the saga of a horse ranch and its resident family in Alberta through various challenges both equestrian and personal, centered around the main protagonist Amy Fleming, her sister and her grandfather — from working with troubled horses to navigating financial struggles and romantic tempests, the Heartland family and the ever-widening cast has been enthralling fans in this feel-good family drama since 2007. (Learn more about Heartland and the legitimate cowgirl cast in our past articles.)

With the show a veritable staple of Alberta, the producers are seeking the series’ next star for its 12th season close to home: a casting call has been put out for a local blond haired and blue eyed Alberta girl between the ages of six and nine who will be playing an outspoken young lady unafraid to speak her mind. Acting experience is not required.

From the Calgary Herald:

Parents are asked to submit a recent photo (camera phone pictures are fine) and a small bio that includes the child’s date of birth, height and parent or guardian contact information. Submissions should be made to rfcasting18@gmail.com. The deadline is June 10.

Tragically, for many of you reading, you may be a bit past the age cutoff for this dream role. We’ll just have to content ourselves with watching from our living rooms.

In Canada, Heartland can be viewed on Sunday nights at 7 PM on regional CBC channels. The US is a few seasons behind, with seasons one through nine available on Netflix and more presumed to be released soon.