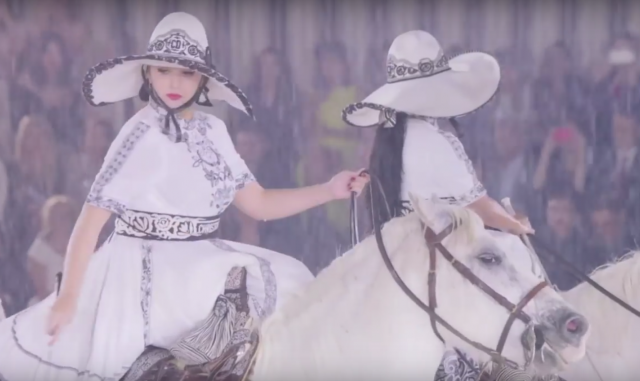 There’s a lot more going on here than a side saddle drill team in the name of high fashion: take a closer look at the escaramuza tradition, brought into the lime light thanks to Dior. 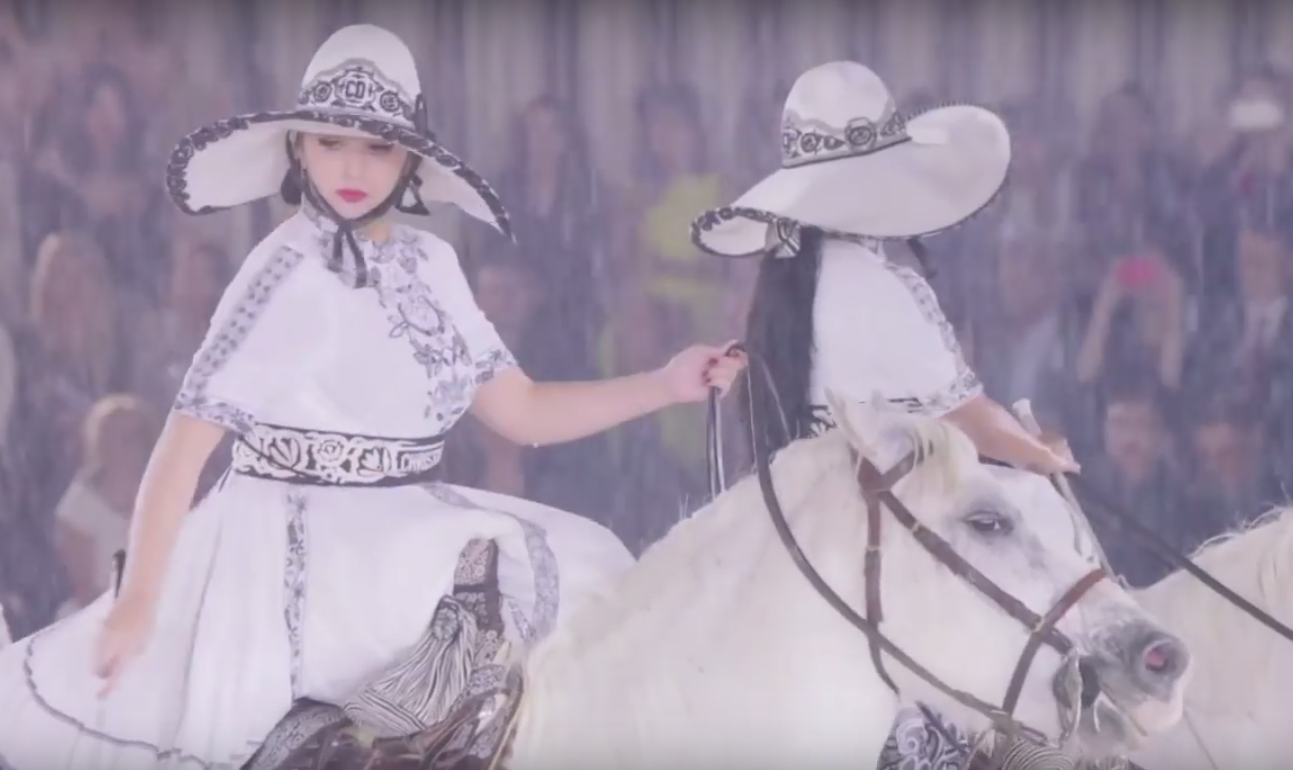 Fashion is definitely not my area of expertise. (Case in point: I’m currently wearing the same brand and style of blue jeans that I’ve been wearing for the past ten years and yet another nondescript tee shirt, mostly so that I can run right off to the barn after my work day is done.) In fact, I actually had to look up what a “cruise fashion show” was because I was originally confused: were these horses performing on a cruise ship?

Assuming that there are other souls about as fashion-enlightened as I am, a cruise show is an opportunity for designers to showcase their ready-to-wear spring or summer pieces with vacation on the mind. Originally, cruise fashion was designed specifically for folks going on cruises, so I wasn’t terribly far off-base with my initial musings. There you go. The more you know.

Okay, fashion definitions aside — check out the introduction to the Dior 2019 cruise show. (And stick around for the fashion, if you want, but the most equestrian-relevant portion is the first few minutes.)

The Dior cruise 2019 line was designed by Maria Grazia Chiuri and inspired by the escaramuza riders of a traditional charreada rodeo: the charreada is the performance iteration of the practice of charrería, or traditional livestock herding techniques from Mexico. Charrería includes both unmounted and mounted skill sets, including roping; a charreada calls for performers to wear traditional costume.

A more recent development in the long-standing history of charrería are the escaramuza riders: all-women drill riding teams that pay homage to the tough-as-nails Adelitas, the women warriors who fought in the Mexican revolution. The sport of escaramuza has become an important part of the charreada: the all-women teams of up to 16 riders not only perform intricate drills at a full gallop — a difficult feat on its own — but they perform side saddle, wearing traditional costume.

Whether the guests at Dior’s fashion show realized they were looking at a truly unique aspect of Mexico’s equestrian culture and history or not, we applaud designer Maria Grazia Chiuri for her ability to spotlight this fascinating tradition through her work and her show.