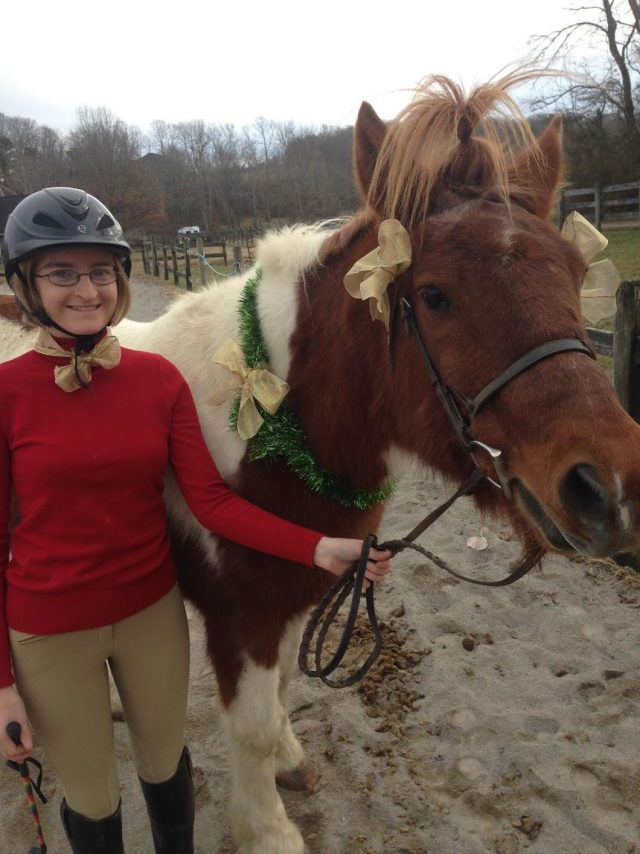 Ponies have so much love to give and so many lessons to teach: reader Anna Smith details her years with Chessie, a Chincoteague pony. 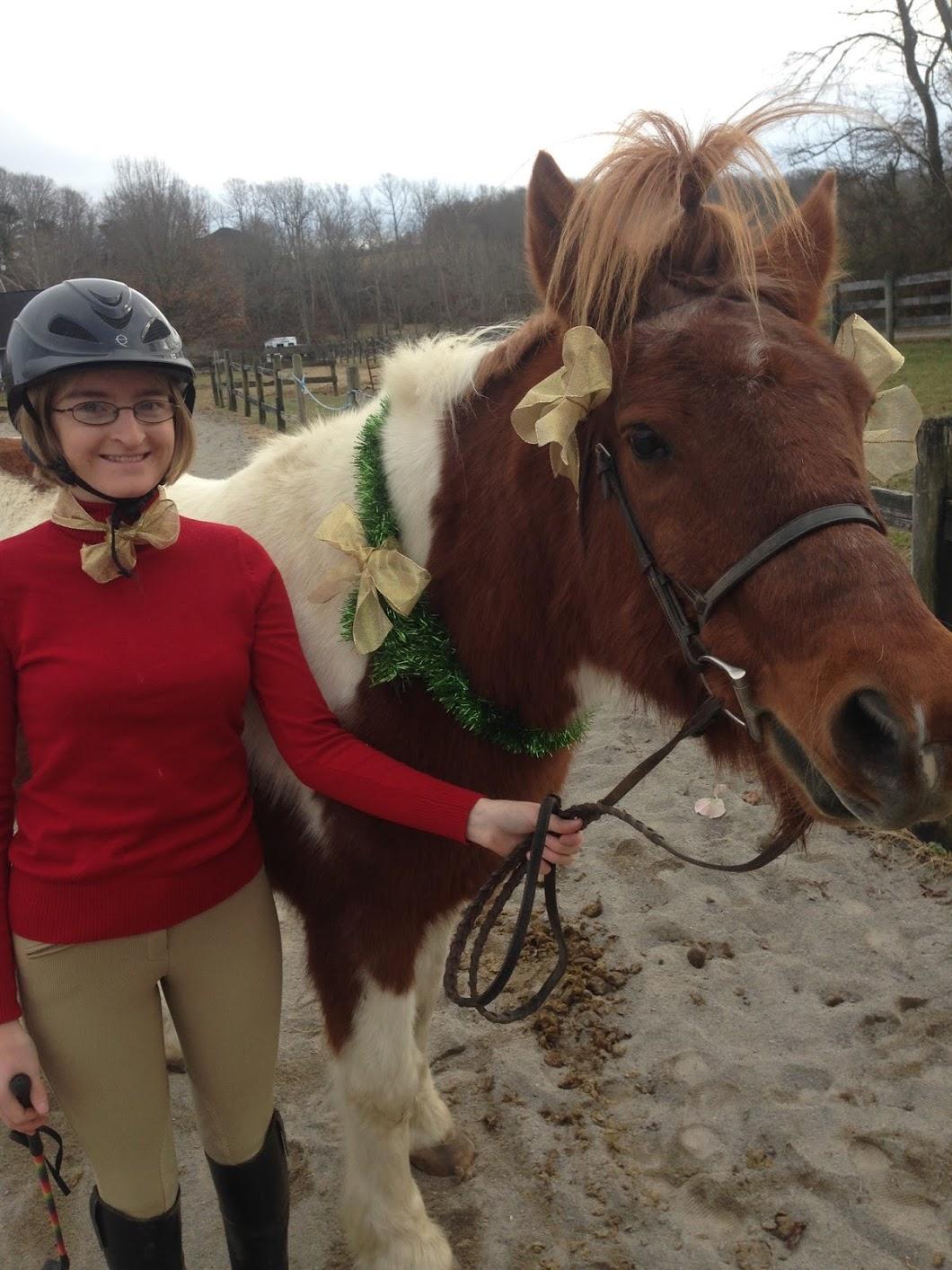 From two weeks after he was broke, to his 28th birthday, Chessie has been helping riders learn the ropes of English riding. For me, my journey on him began at age 2.

Chessie is a 13.2hh Chincoteague pony who my parents bought from a breeder at the age of 6 months. Before I was born, he was used as the pack-around pony who helped kids and adults succeed at everything from their first canter to completing their first beginner novice event.

Chess was reaching his teens when I first got to ride him, but still had all the life of a horse half his age. I remember my first horse show on him in the lead line class at our local hunter show. Braided up, he no longer looked like his wild ancestors, but a well-bred hunter pony. Dressed in a boys sports jacket and black rain boots, I was led into the big indoor ring and for the first (and only) time in my life, competed at an A rated show.

As I grew older, Chess taught me how to trot and canter. I remember being frustrated at first, because he took a lot of leg and my legs could barely reach the saddle pad. He would plod along and take frequent breaks to attempt to reach the patches of grass in the corner of the ring. Looking back now, I am thankful for this lesson because now I love to ride the “push ride” horses and I know that Chessie taught me how to ride with the energy required to motivate them. On my first canter at the age of six, I bounced out of the saddle and tumbled onto the ground, but Chess stopped immediately and walked over to check if I was okay.

Jumping was something Chessie really taught me how to do. I have always been a timid rider and though I love to jump, I need a horse that I know will take me over safely. Chessie was exactly what I needed to boost my confidence. For a solid two or three years, Chess packed me around cross-rail courses before I was confident enough to move up to higher fences. He taught me numerous lessons in jumping which I still apply to horses I ride today. One was to always ride to your fences. Chess would always need a lot of leg before a fence or he would slow down to a walk and lumber to a stop before the fence. He wasn’t being naughty, just telling you that he needed momentum to jump. Another was to ride into your corners. As many old lesson horses are, Chess was a chronic corner-cutter. I learned to assert myself and not fall for his old lesson horse tricks as he repeatedly tried to convince me to take the shortcut around the ring.

I gradually built confidence on him and took him to a couple local shows throughout the years. Chessie was the local show king. Though he was the slow, grumpy lesson pony that kids were glad to be able to “graduate” off of at home, he could win hack classes against anyone, horse or pony. At the age of 10, I entered in the Open Hunter Hack division with about 13 other adults on horses. Chess went in there and showed off his daisy-cutting trot and stuck his ears forward. I remember coming home with my first tricolored ribbon after he won all of the flat classes.

Now Chess has just turned 28. I moved on to new horses in lessons but I love to hop on him and play around bareback whenever I can. He helps me practice dressage tests and he is surprisingly good at square halts at X. He still gives lessons to the new generation of young riders that he is showing the ropes. They too learned to canter on him and built their confidence on the flat. He still has spunk, despite his age,  and recently decided he could chase his new field-mate around the pasture and jump all the cross-country fences on the way. The first children he taught are now reaching middle age and many have horses of their own but still remember their first shows or first jumps on Chess. When I was younger, I often fell into the trap of taking him for granted. I wanted bigger, fancier, horses that could jump higher. Now, I realize how valuable his lessons were and how he made me the rider I am today.