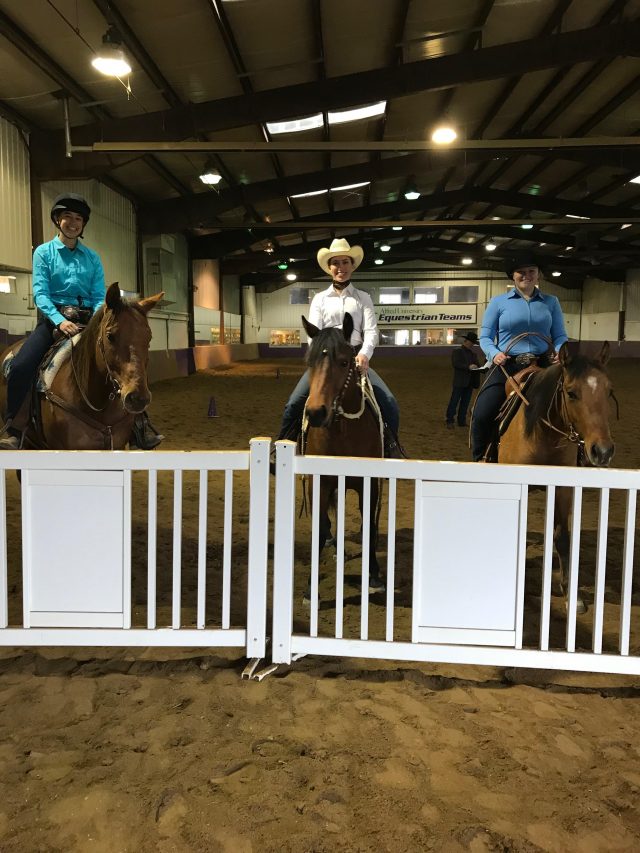 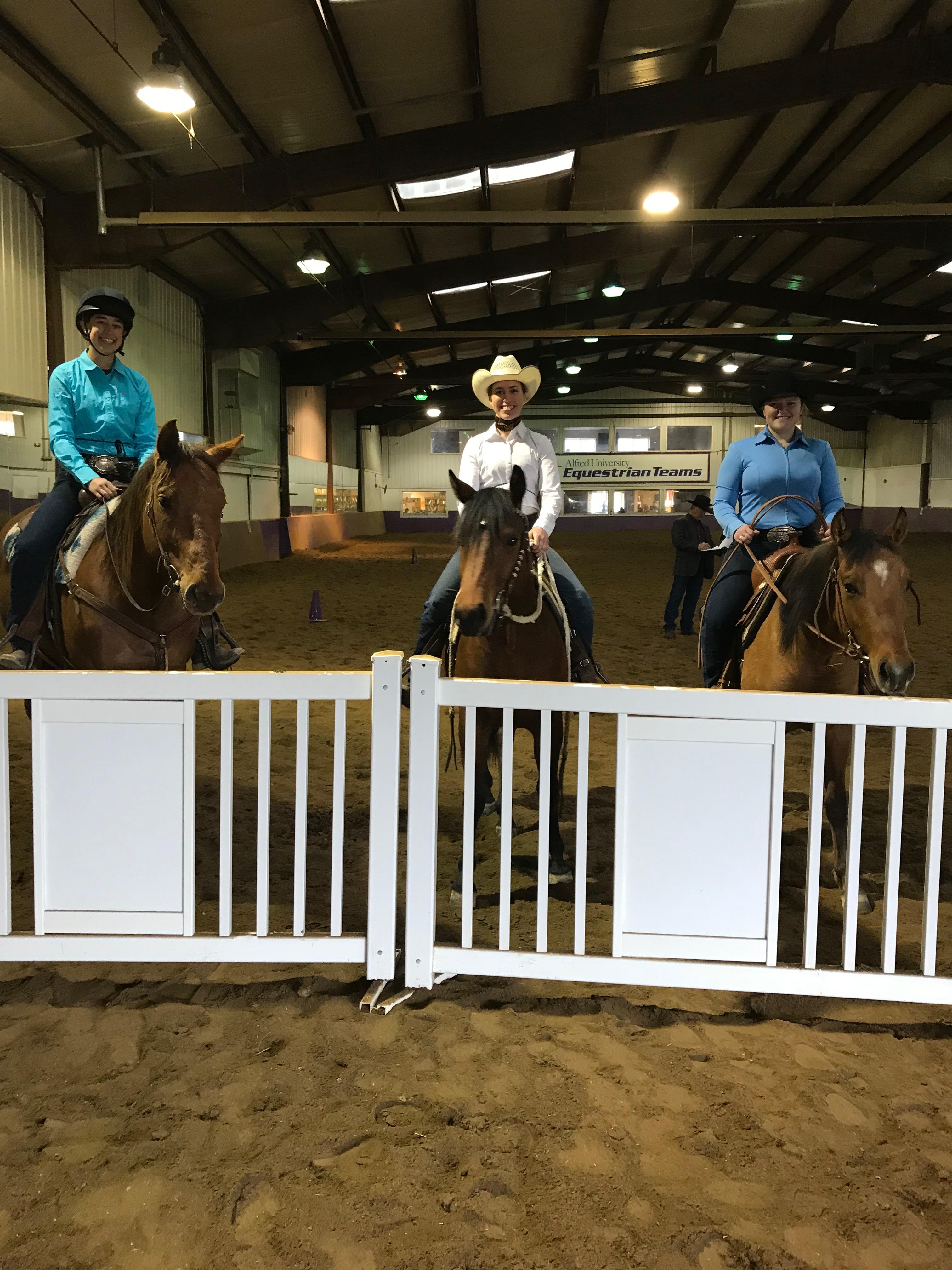 As the spring semester winds down and college students are confronted with the stress of finals week, my teammates and I have to scramble to finish all of our classwork and reschedule final exams because, naturally, IHSA Nationals and finals fall on the same week. Even my independent study Colt Starting class had a final exam — my teammate Ellie Woznica and I showed our colts in Alfred’s annual Spring Fling Open Show.

Although the show is small each year, a manageable size for two two-year-old colts who have never been in the arena with more than four other horses, I still went in with a lot of apprehensions. Would I be tense enough that Slide could feel it? Would the Adult Walk-Jog class fill up with twenty riders? How would Slide react to the open arena door, the loudspeaker’s static, the crowd at the end of the arena?

For each of our rides until the show, I had been mostly in control of our surroundings, working parts of the arena Slide felt comfortable in and gradually widening his comfort zone. We are used to exploring the “scary end” at our own pace, going behind the barrier to look at the jumps stored in the corner, or the tractor when it was parked inside. I never considered how much of an advantage it is to be able to work at will with a young horse until I no longer could, instead taking directions from the announcer. The show also meant we would ride the colts longer than the half hour we usually did in class.

The morning of the show, Slide came out of his stall fresh, spooking at the ribbon table and rocketing around on the lunge line like a wild thing. I usually ground-tie him in the aisleway to groom and tack him, but on Saturday he was antsy and focused on the commotion around him rather than me. Once tacked, he seemed to settle in, so I mounted and walked around during the open ring warm up time. He paid attention to my leg, seat, and hand cues, so after letting him take another look at everything I asked him to jog.

Instead of jogging, he tucked his butt and scooted forward in a scrunched-up lope halfway across the arena. To his credit, he stopped without much drama and walked off quietly, but he did scoot again when another horse loped up behind him. My tendency is to grip with my calves and stop riding softly when something goes wrong, so I contribute to Slide’s tension when he spooks. The commotion of the show was an exercise in softness for me, in my ability to let Slide relax at his own pace without me trying to force it. Thankfully, the other riders were respectful of the young horses, so despite Slide’s traffic concerns he made it through the show without being trampled.

After a couple of milder spooks, Slide settled in to emulate the school horses, trotting along the rail — it takes much less energy and brainpower to just behave. We made it through a pleasure class, then entered a horsemanship class in which he navigated his first official horsemanship pattern. The highlight of his day, however, was the lead line class, in which my two-year-old cousin Anderson rode him to a first-place finish (he was the only entry, but Anderson chose a red ribbon as his prize). I worried that Slide’s apprehension in the morning would derail the day for him, but by the end of the day I was glad I had stuck with it to turn it into a positive experience for both of us.