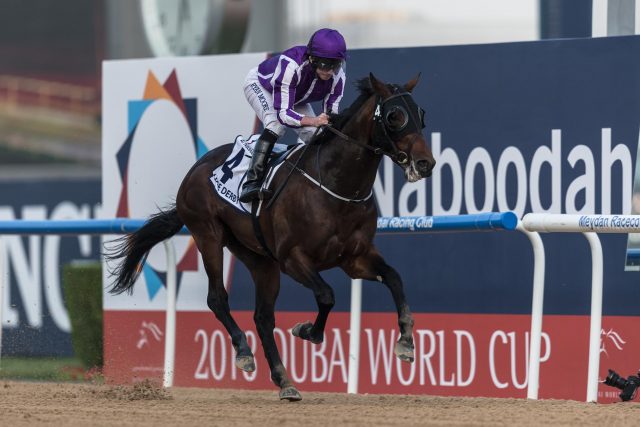 Having produced both Mendelssohn, Kentucky Derby contender, and Into Mischief, sire of Derby contender Audible, Leslie’s Lady, already 2016 Broodmare of the Year and dam of the great mare Beholder, is proving that her influence may just be coming to its peak. 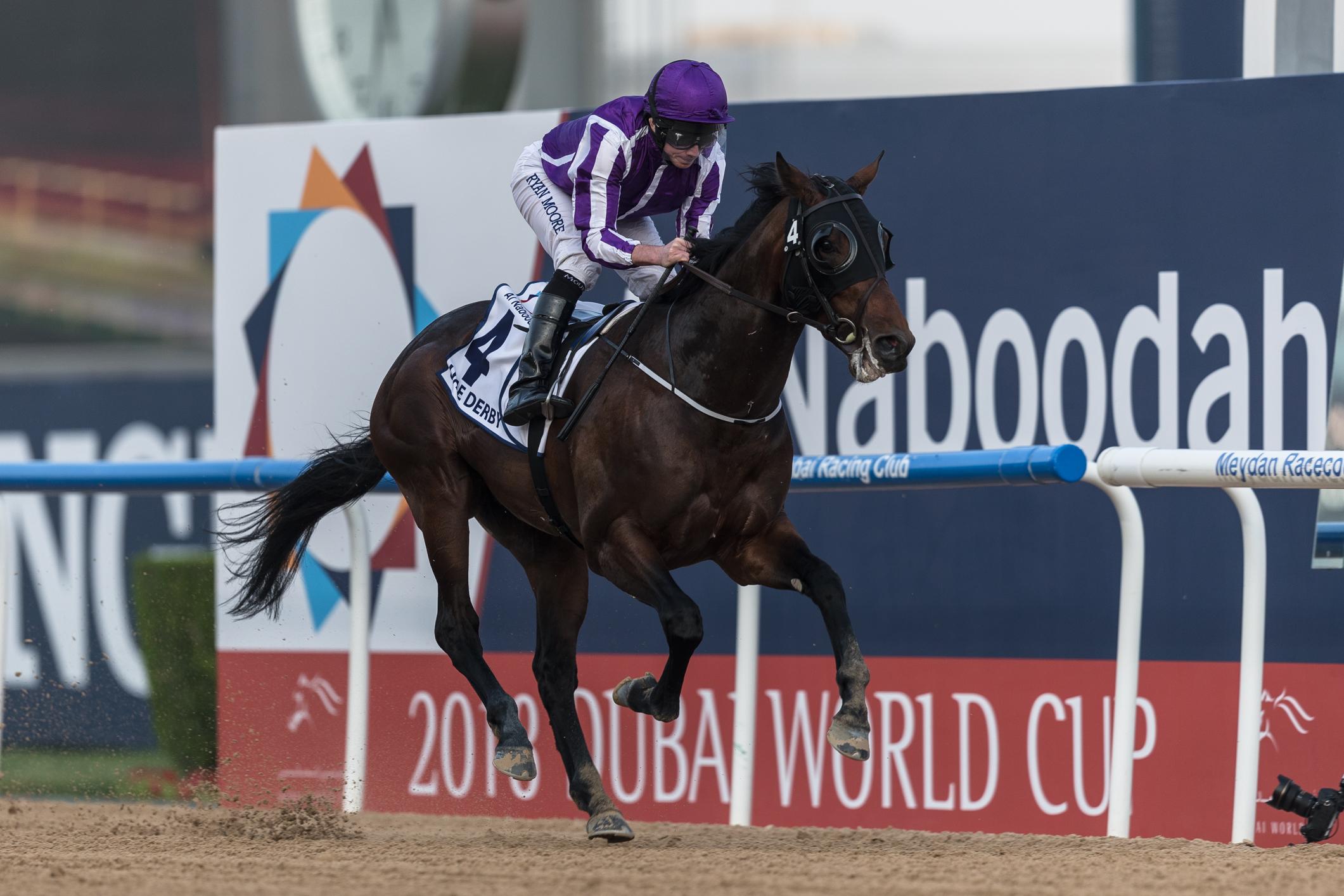 A year ago, the connections of broodmare Leslie’s Lady already believed that their dreams had come true. The stakes-winning daughter of Tricky Creek had just been named 2016 Broodmare of the Year by the Kentucky Thoroughbred Association and Kentucky Thoroughbred Owners and Breeders with two offspring in particular to serve as feathers in her cap: Into Mischief and Beholder.

Owned by Fred and Nancy Mitchell’s Clarkland Farm, Leslie’s Lady had been purchased for just $100,000 (that’s a lot of money for “regular” horse people, but a fairly modest sum for racehorse breeders) in 2006, already having produced two winners. Her yearling colt by Harlan’s Holiday was picked up for $180,000 by Spendthrift Farm a few months later; this was Into Mischief, winner of the Grade I CashCall Futurity as a juvenile who went on to stand at stud at Spendthrift.

In 2010, Leslie’s Lady produced the foal who would truly give her a place in history: Beholder, by Henny Hughes. Beholder amassed career earnings of over $6 million, four Eclipse Awards and multiple Grade I victories from age two through six, including three Breeders’ Cup championships. Beholder is best remembered both for her eight-length victory over the boys in the Pacific Classic and her thrilling duel to the wire in the 2017 Breeders’ Cup Distaff with Songbird.

If the story ended here, we would still remember Leslie’s Lady as a great broodmare, a true blue hen who left her mark on the racing industry.

But Leslie’s Lady still has more to say.

Just months before the Broodmare of the Year title would be awarded, her 2015 colt by Scat Daddy topped the Keeneland September yearling sale, bringing $3 million to be the most expensive Thoroughbred sold in public auction that year. There are times when such expensive investments don’t pay off, with millions spent on a horse who turns out to be, for lack of a better term, a dud.

But this colt flourished. Named Mendelssohn, he headed to Ireland to train under living legend Aidan O’Brien. Better traveled at the age of three than many people, Mendelssohn has won graded stakes in Europe (the Patton Stakes), North America (the Breeders’ Cup Juvenile Turf) and Dubai (the UAE Derby, which earned him a berth in this weekend’s Kentucky Derby). He’ll likely be among the favorites for this Saturday’s run for the roses.

Leslie’s Lady has another connection to the Derby, too — her son Into Mischief has sired his own contender in Audible, winner of the Florida Derby. While Audible is not called Leslie’s Lady’s “grandson” — that relationship is reserved for direct descendants in a female family or a direct sireline — his presence in the Kentucky Derby field serves as a symbol of Leslie’s Lady’s ongoing influence.

We may be feeling the industry-shaping power of Leslie’s Lady for years to come: she is currently nursing a filly by American Pharoah, and her 2017 colt by Medaglia d’Oro will be offered at the Keeneland September yearling sale.

No matter what happens in Saturday’s Kentucky Derby, the influence of one mare has certainly already been felt. Having two connections to the most prestigious race for three-year-olds in North America is a rare feat indeed.