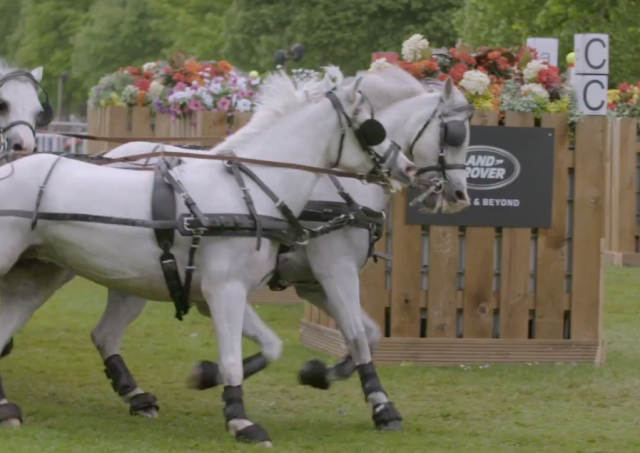 Royal Windsor Horse Show kicks off in just a few weeks — take a look back at the show’s humble beginnings compared to today’s splendor in this promotional video.

Royal Windsor Horse Show was first held in 1943 as a half-day show to fundraise for the war effort. Since then, it’s run every year, and is now a fixture on the international show calendar not only for show jumping but dressage, driving and endurance — the only show in the UK to do so.

This year, the show is once again being held at Windsor Castle, and continues to be supported by the royal family: Queen Elizabeth has showed many homebred horses and ponies either personally or as an owner, and the Duke of Edinburgh showed combined driving teams until his retirement in 2003.

Royal Windsor Horse Show is celebrating its 75th anniversary in 2018, running May 9-13. For more information about the show, visit the website.