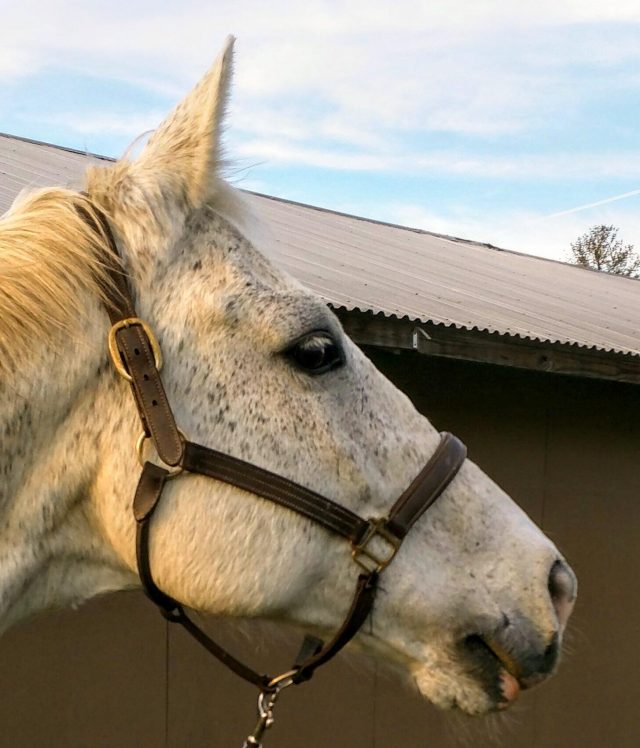 Any trail rider who’s ever encountered unexpected wildlife will relate: Susan Loper tells the tale of a recent trail ride with her true “good boy” Zach and their repeat meetings with a great blue heron.

A hallmark of any long-standing partnership is the occasional furious need for vindication.

Our favorite trail at the adorably-named riding barn Pony Tail Acres follows a lakeshore and crosses a dam. Over the dam, the trail becomes a narrow, tree-covered corridor that is slightly too low for Zach and me. Pony Tail Acres is mostly populated with kids and kid-sized mounts, so we are the tallest pair to use the trail. 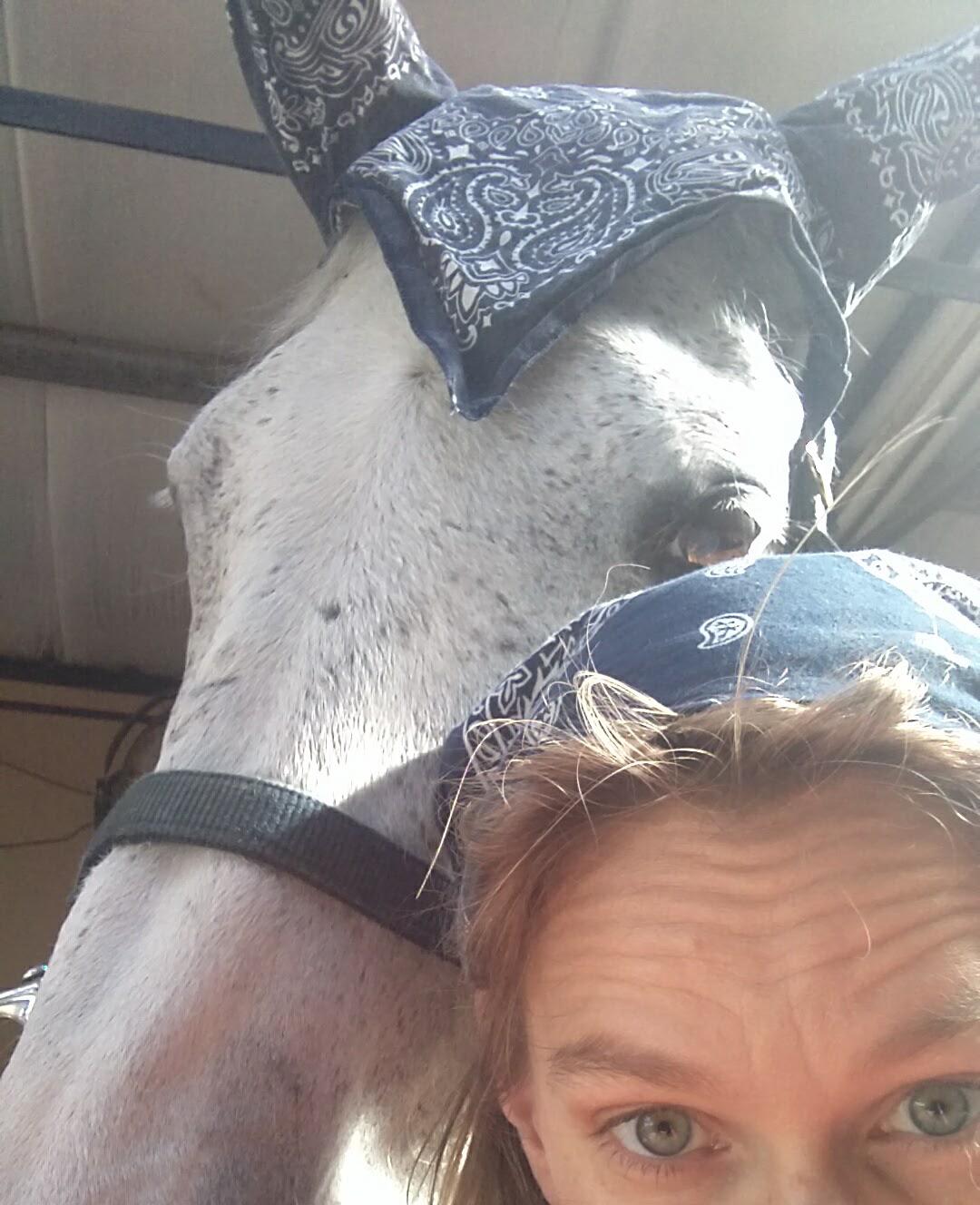 In fact, at one spot in the middle, I have to hand Zach the wheel and flatten myself against his neck as he ducks beneath the lowest branches. He seems to enjoy these moments when he knows it’s all on him.

From my position glued to his neck, I can’t contribute to our partnership. I have no balance, no leverage, no steering, no nothing. It’s not the kind of position you’d ever want to be in on some horses, but with Zach, it’s cool.

So one day, we strike out on the lake trail and cross the dam, ducking under the trees as usual until I can sit up and ride normally again. This part goes fine, but as we step out from under the tree cover on the far side of the dam, we surprise the lake’s resident great blue heron, who lifts off not ten feet from where we are. (And this is a bird with a five-foot wingspan.) It is a justifiably spook-worthy moment, and Zach makes an impressive lateral leap away from the lake. 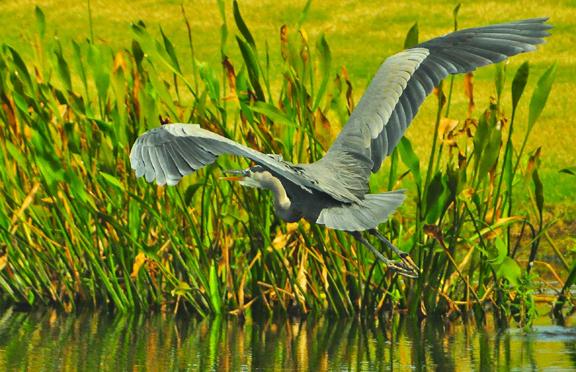 But Zach quickly realizes it’s the heron that belongs to the lake and calms himself without needing much reassurance from me. I tell him he’s a good boy and congratulate him on his good sense.

In the meantime, the heron has landed on the shore further down our trail. So 20 yards later, we meet again. This time, Zach merely turns his head to watch the heron fly away. He’s such a good boy, and I tell him so.

The lake trail isn’t a loop, so at its end, we turn and head back the way we came. When we reach the dam, I crane my neck to check the shadowy corridor, and damn if that heron isn’t now perched just off the trail and right where the branches are at their lowest. I bring us to a halt.

Zach spots the heron and says, “Got it. Heron. Let’s go.” I, however, am less sure. I trust Zach to get us under the trees by himself, and I know he wouldn’t normally care about the heron. But given the combination…

“But, if something goes wrong, I won’t be able to help. It could be dangerous for both of us.”

With an apologetic pat on the neck, I hop off, pick up the reins, and start hand-walking us across the dam. I’m on Zach’s left, and the heron is to the right of the trail, putting Zach in the middle. We pass the heron, who flies off as expected (no doubt thinking, “These guys again?!”).

This time, Zach has absolutely no reaction to the heron. None. There is zero change to his speed, direction, rhythm, breathing, gaze, head position, and tail position. It was as if the heron never even existed. Impressed, I turn to tell him he’s a good boy. But before I can do so, Zach tilts his head and pins me with the most pointed look I’ve ever received from any mammal.

We stop there. I’m laughing so hard I have to brace my hands on my knees. When I catch my breath, I scratch Zach’s withers and tell him all the sweet things. Soon his eyes soften, and his head drops. My apology for briefly imagining him as some lesser being is accepted, and we walk on. 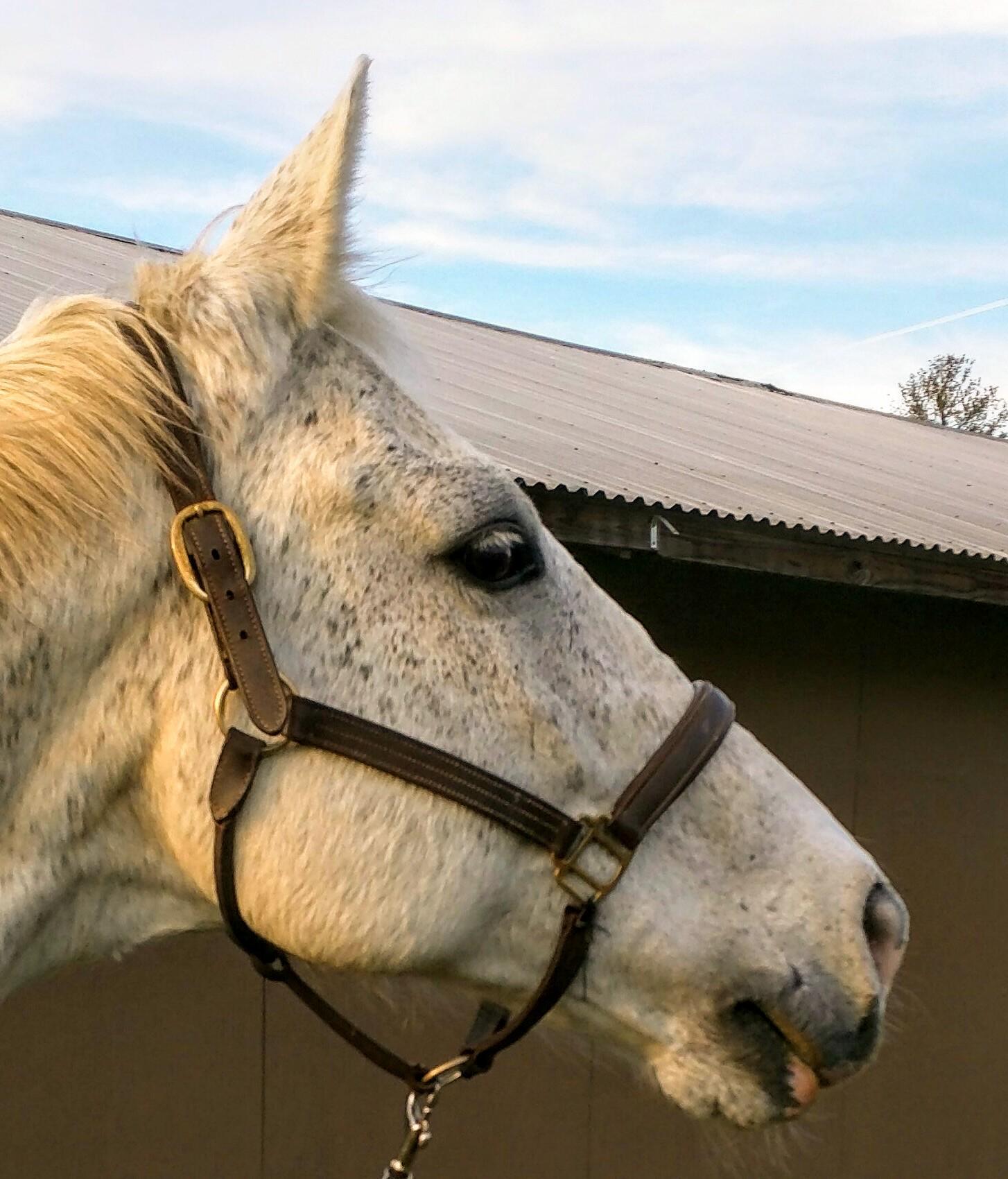 Isn’t that a face you would trust not to spook at herons? Photo by Susan Loper

Susan Loper is a technical writer who lives outside of Atlanta. She discovered horses (and one horse in particular) fairly late in life and has been trying to catch up ever since. Susan enjoys writing about life with Zach, her 21-year-old Trakehner of many opinions.