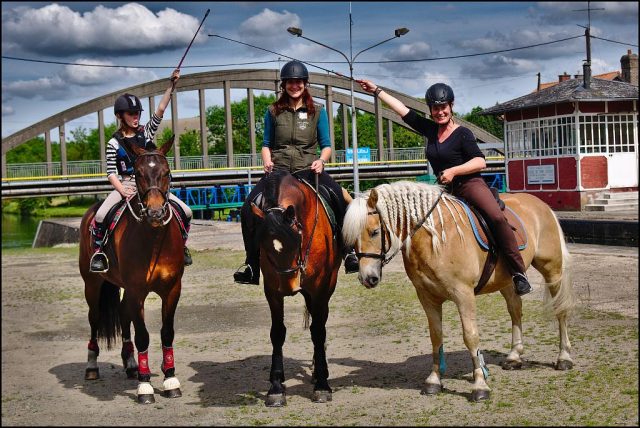 “There are plenty of crazy, catty, unpleasant people in the horse world, but I’m pretty sure the ratio of ‘crazy’ to ‘normal’ is no greater than in any other realm.” How did the horse world get this reputation and how can we avoid falling for the old trope? 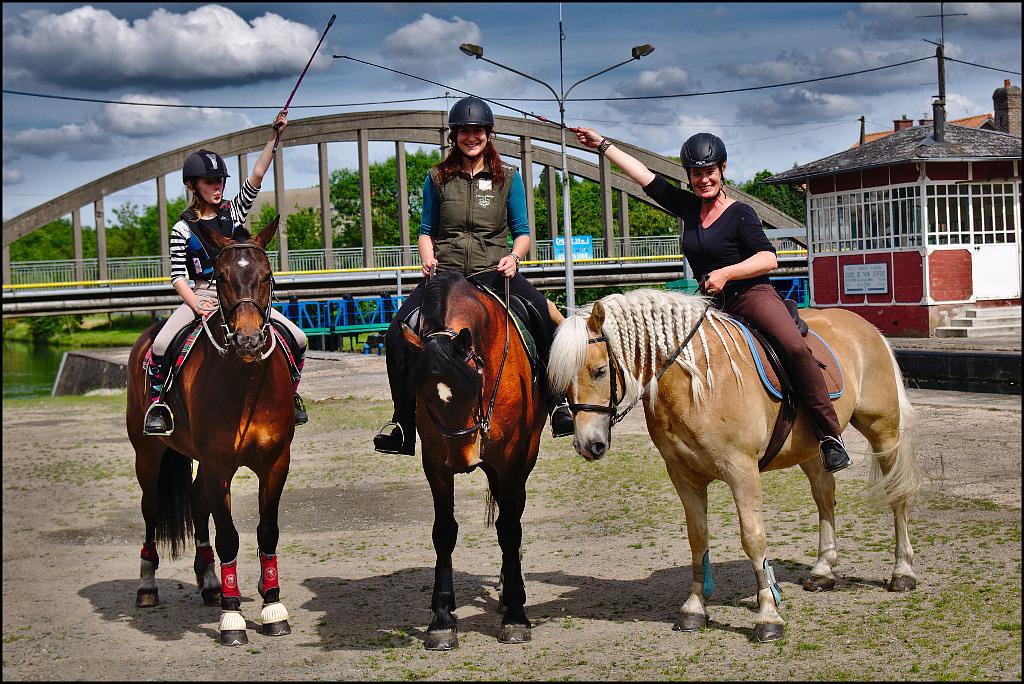 Over the several decades I’ve been a member of the equestrian community, from east coast to west, among both English and western riders, within all breeds groups and disciplines, there is a common theme I hear repeated over and over again: the horse world is catty, cutthroat and filled with crazy people. As someone who has had far more positive than negative interactions with my fellow horse-addicted, I believe this notion to be fundamentally untrue. So how did we get here, and how do we change the narrative? 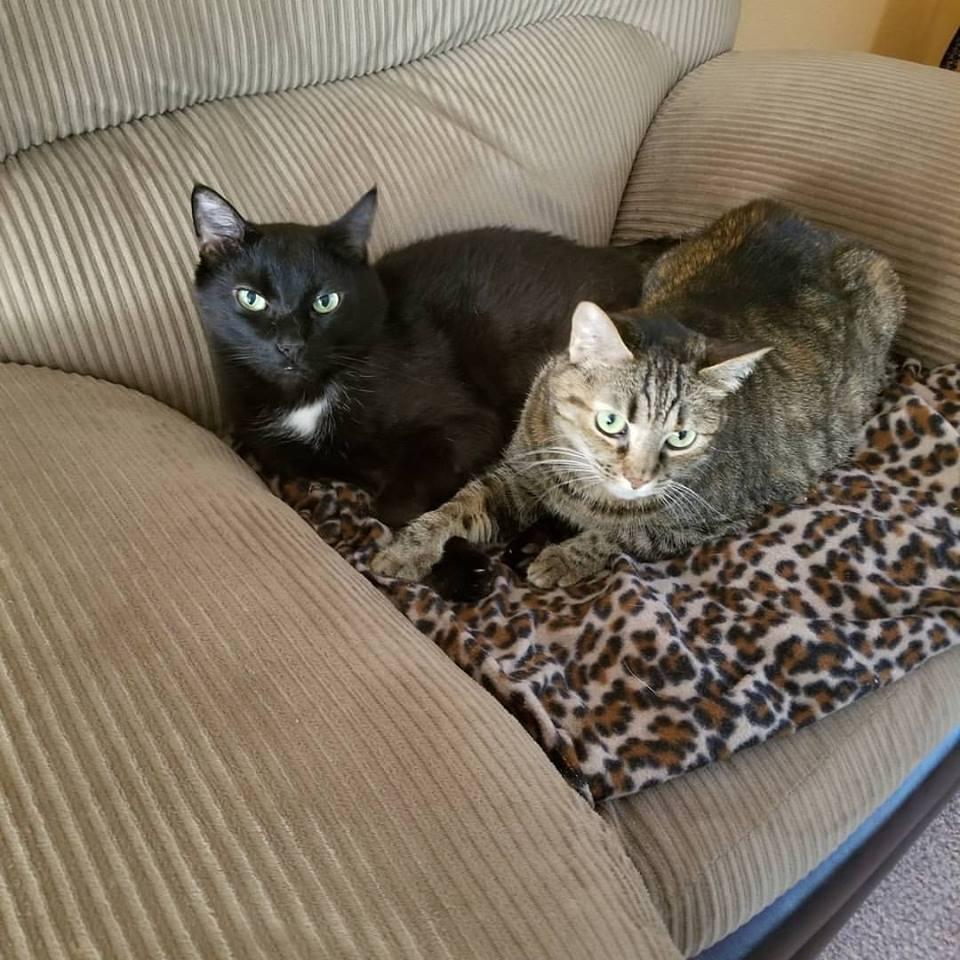 My kitties Gus (tuxedo) and Zoospore (tabby) holding hands. Cattiness I can get behind! Photo by Biz Stamm.

There are plenty of crazy, catty, unpleasant people in the horse world, but I’m pretty sure the ratio of “crazy” to “normal” is no greater than in any other realm. Have you checked out the comments section for any post on any topic on the internet? Crazy people are EVERYWHERE. It’s just a fact of life. So how did the equestrian community get the reputation for  being particularly crazy?

I don’t think it’s a coincidence that a sport dominated by women has become associated with catty behavior. Even within equestrian disciplines, those who participate in activities with a higher percentage of male riders (think eventing and cowhorse events) are seen as more “down to earth,” while those participating in predominantly female disciplines (dressage and barrel racing for example) are frequently viewed as high maintenance “queens.”

“Girls don’t get along with girls.”

It’s a common Hollywood trope. Women don’t get along with other women and female friends can be more accurately described as “frenemies.” Shows like The Bachelor and The Real Housewives series are built on the entertainment value found in contentious female relationships, but these problematic female portrayals aren’t limited to what I categorize as “guilty pleasure” television.

I remember being incredibly frustrated while watching the latest season of Stranger Things, when the relationship of two females leads was defined by jealousy over a boy, and also watching Twin Peaks: The Return where the few female characters that existed  hardly interacted at all. I’m not saying that positive portrayals of female relationships don’t exist. They’re just vastly outnumbered by the negative ones.

How the portrayal of women in the media frequently makes me feel. via GIPHY

While fraught female relationships seem ubiquitous in modern media, the phenomenon has a long history. For centuries, biologists and philosophers alike have argued (with absolutely no evidence, I might add) that women are incapable of strong, lasting relationships with other women because they see them solely as competition for male attention. **cue eyeroll** In addition, the argument that women are incapable of making rational decisions and act on emotional impulse has long been used as a justification for withholding basic rights. If you’re interested in reading a more complete account of historical perceptions of female relationships, I highly recommend this article .

It’s no secret that horse girls are tough. In order to survive the physical stress and emotional ordeals that come along with a horse-filled life, we need to be. Study after study conducted in corporate America has shown that while personality traits such as assertiveness and drive are perceived positively when exhibited by men, women who possess these traits are frequently viewed as confrontational and cold. (See this write-up in Fortune and this write-up in The New York Times on a Carnegie Mellon study for just a couple examples of this phenomenon.) Could it be that assertive, driven horse women are being unfairly judged through the lens of implicit bias? I have no definitive proof, but it’s definitely something to think about.

Let’s say you’re riding your horse. You’re approaching a jump. A few strides out, you start to lose your confidence and in your head you’re thinking your horse will stop. More often than not, that kind of negative thinking will in fact cause your horse to stop. Now your horse isn’t a mind reader, so how do these negative thoughts lead to a negative reaction?

What you may not realize is that these negative thoughts are often accompanied by defensive posturing. Maybe your horse feels you grip with your knees and close your fingers around the rein a little too tightly. He can tell you don’t feel good about the upcoming obstacle, so why should he?

If this is your attitude going into any situation, it will probably turn out to be true. via GIPHY

So now instead of riding your horse towards a jump, you are meeting a new group of horsewomen. It would be understandable for you to be defensive. After all, equestrians are all crazy Bs, right? Or that’s what society keeps telling you at least. So then as a response to those thoughts, maybe you cross your arms, don’t make eye contact, and give an overall cold vibe. Chances are your defensive behavior will also elicit equally defensive behavior with those whom you’re interacting, creating ripple effect that reinforces your initial belief.

How to Break the Cycle

Just as negative thoughts and defensive behavior can cause a ripple effect, positive thoughts and inviting behavior can do the same. I know this because I’ve experienced it many times first hand. If my anecdotal evidence can serve as any kind of indicator, the dozens of riders telling me to have a great ride as I approach the show ring, the competitors stabled near me that offer me the use of their mounting block and a cold beer to calm my nerves, and the many equestrians who have transitioned from mere acquaintances to close friends, the horse world is full of wonderful people, and I feel like that’s a narrative worth pushing.

So next time you have the opportunity to interact with a fellow or equestrian, or a fellow member of the human race for that matter, turn the brightness on your smile up to 11, offer a kind word of encouragement, and create a ripple of positivity with a generous smattering of high-fives!