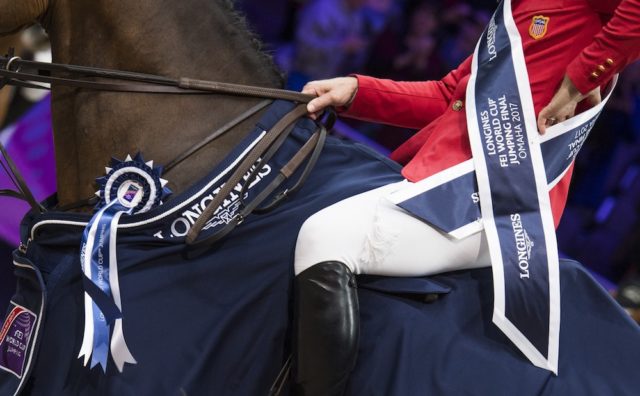 In honor of the FEI World Cup kicking off this week in Paris, France, we’re rewinding to last year to relive the thrill of McLain Ward’s victory with HH Azur! 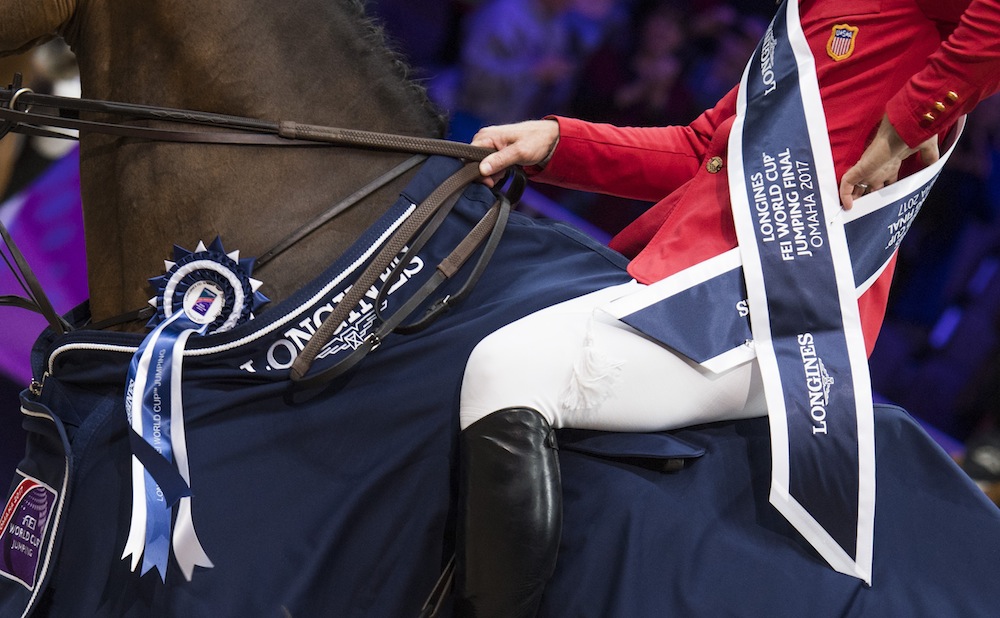 One year ago, the eyes of the show jumping world were focused on Omaha, Nebraska, host of the 2017 FEI World Cup in show jumping and dressage. Germany’s Isabel Werth won the dressage handily, breaking into the 90% range and besting USA’s Laura Graves by a full five points.

In the show jumping arena, however, the outlook was not so clear: USA had not won the World Cup in show jumping since 1980 and the field was loaded with top talent from all over the world. USA’s McLain Ward and HH Azur had put themselves in the running early with consistent clear performances, but in 17 attempts Ward had never won the World Cup title himself.

Despite three double-clear performances by Ward and “Annie,” the rest of the field was still within striking distance, and the final round required near-perfection — if this leading pair knocked just a single rail, the World Cup would be decided by jump-off.

McLain Ward had done it, capturing his first FEI World Cup victory aboard a true rockstar of a horse, going double-clear in every round throughout the week aboard HH Azur.

The pair is now back at the FEI World Cup to defend their title in Paris, France, with formal competition kicking off on Thursday. Our sister site Jumper Nation will be bringing in-depth coverage of the show jumping all weekend long!