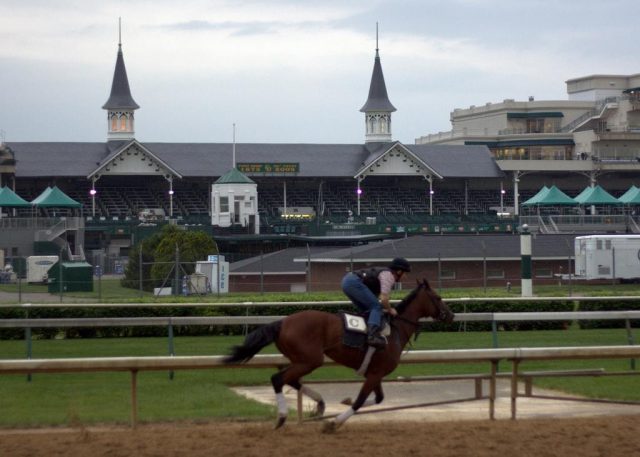 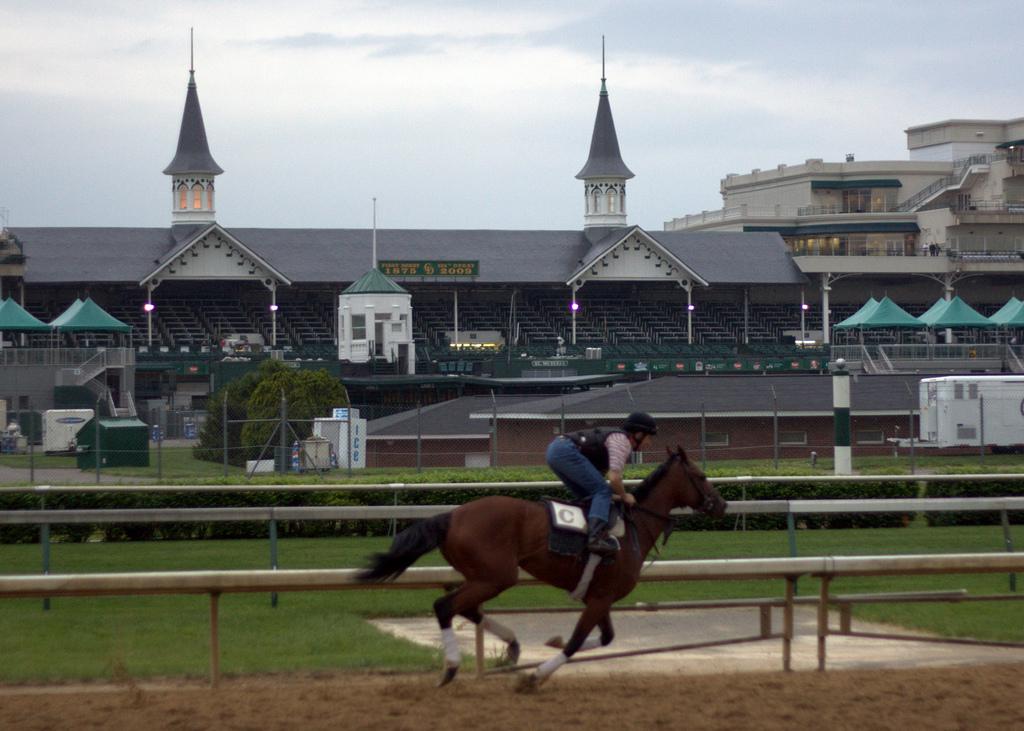 Churchill Downs, home of the Kentucky Derby, in 2009. Flickr/Bryan Siders/CC

With nearly a month to go until the Run for the Roses, there’s still plenty of time for surprises and changes — but after the past two weeks of racing with just the Arkansas Derby remaining as a prep race, the road to the Kentucky Derby has certainly gotten pretty interesting with a number of players in contention.

Good Magic, already a champion by merit of winning the Breeders’ Cup Juvenile last autumn at Del Mar, is currently heading the Road to the Kentucky Derby leaderboard. His Breeders’ Cup victory put him on the road map early, especially after overcoming the heavy favorite Bolt D’Oro and winning from off the pace. His win in Saturday’s Grade II Blue Grass Stakes reaffirmed that Good Magic is a serious contender.

Undefeated Justify never tried graded stakes company until Saturday, when he faced off with Bolt d’Oro in the Grade I Santa Anita Derby. His earlier running style in Allowance races grabbed the attention of plenty of horsemen, and now that he’s recorded a graded win he appears to be a real threat in the Kentucky Derby. By most accounts, Justify is just getting better with every start, which means he might peak just in time for the first weekend of May.

Audible has two major graded stakes wins on his record already, including the Grade II Holy Bull Stakes for juveniles and most recently the Grade I Florida Derby. It was the Florida Derby route that led Always Dreaming to Kentucky Derby victory in 2017. Audible won the Florida Derby as the heavy betting favorite, but it’s worth noting that he lacks distance on his pedigree so it remains to be seen if he can go the full classic distance of the Kentucky Derby. Regardless, he’s a strong contender who wins dominantly.

The above San Felipe Stakes win was perhaps a bit controversial, as it came for Bolt d’Oro due to a stewards inquiry that pushed McKinzie to second. However, it was a thrilling race with a legendary duel down the homestretch regardless, and showed that both horses certainly have the grit required to fight all the way to the wire. Sadly, an injury has sidelined McKinzie for the spring season, but Bolt d’Oro has continued on fighting-fit. While “Bolt” bottomed out to Justify in the Santa Anita Derby, he’ll remain a strong contender for the Kentucky Derby if he stays healthy.

The best-looking European contender in years, there’s not much left to say about Mendelssohn: his UAE Derby victory was a standout performance, and he’s demonstrated his ability to race on a tight turnaround after shipping halfway around the planet with his Breeders’ Cup Juvenile Turf win just weeks after racing in Ireland and England. He’s bred for dirt, and his pedigree speaks for itself as well as a half-brother to both Into Mischeif and Beholder.

Who will take the day on the first Saturday in May? That remains to be seen, but we’ll be cheering!