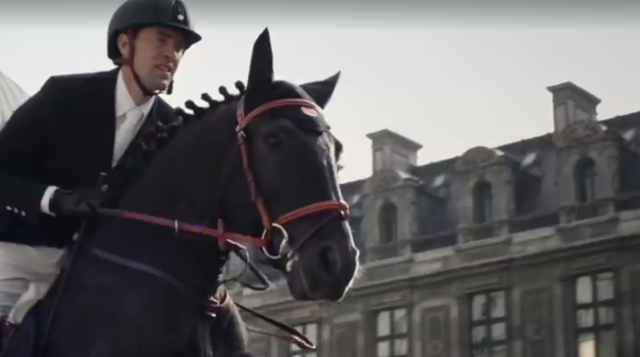 Simon Delestre takes Paris by horseback in this commercial for Hermès!

Simon Delestre, one of France’s top show jumping talents, takes us on a tour of Paris in this gorgeous ad from Hermès. According to the video description, the stunt horse was fitted with special shoes to provide traction on the cobbled streets as well as comfort — and we’d guess that a lot of this was probably filmed via green-screen as well!

Well, that’s one way to see the City of Lights.

For readers concerned about the horse’s health and comfort, we are confident that Hermès, as an equestrian company, would never intentionally hurt an animal for the sake of marketing. Just one more reason to appreciate modern filmmaking technology!