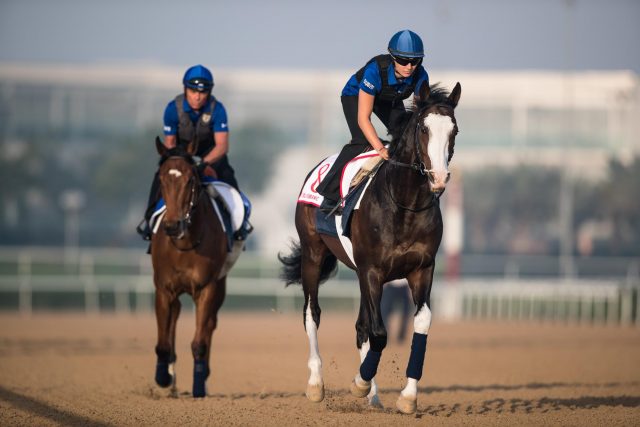 Who’s in the running for the $10 million Dubai World Cup, running on Saturday? We’ve got your quick guide to the field here. 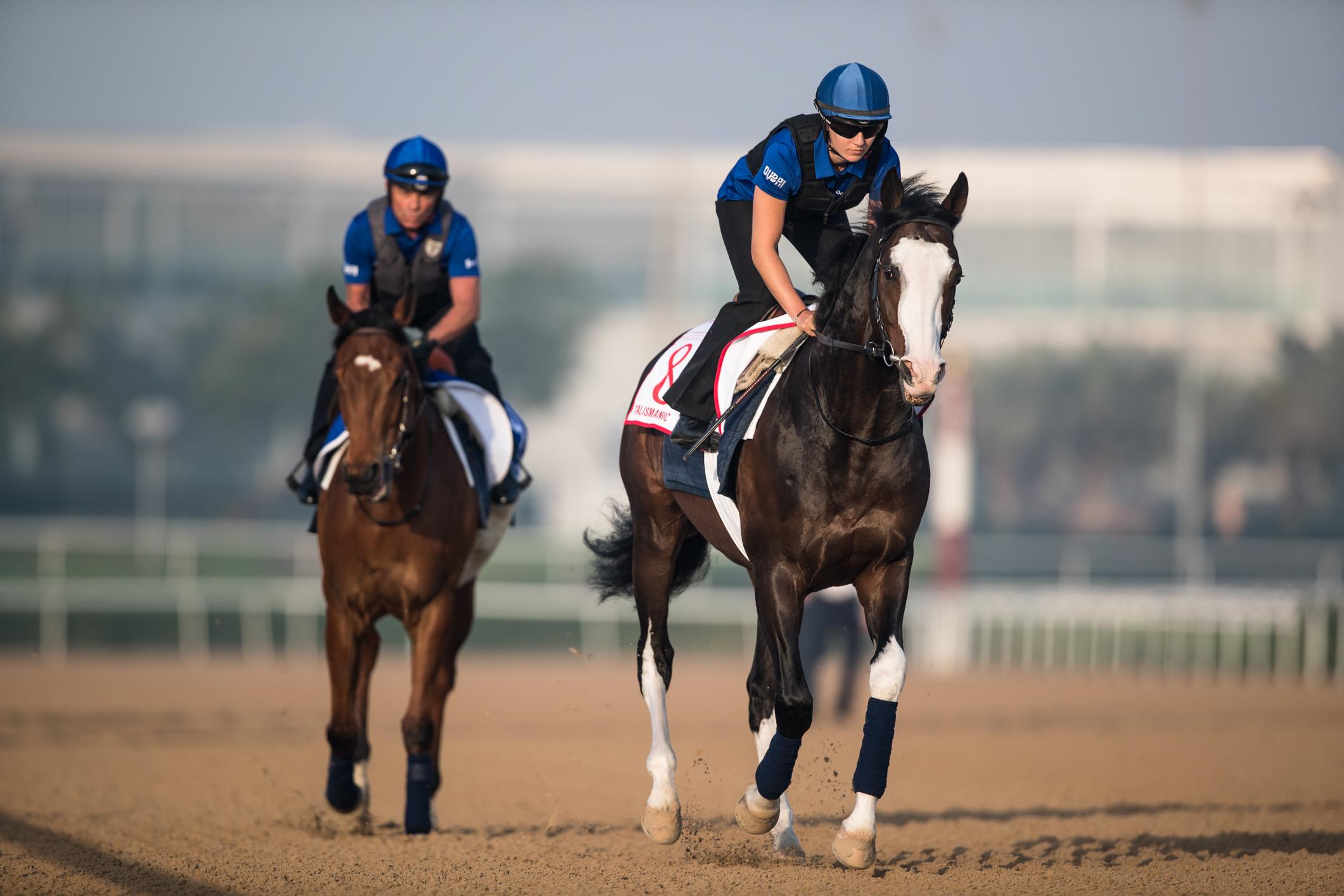 The $10 million Dubai World Cup goes to post on Saturday, March 31 at 8:50 PM (local — that’s 12:50 PM EST). The World Cup traditionally draws a top-flight field from all over the world, and the 2018 edition is no different. Here’s everything you need to know.

Who: An international open field of ten based on four continents

Japan-based Awardee is half-brother to Lani, who earned himself a cult following during the 2016 Triple Crown as Japan’s only entry to ever run all three legs (plus provide plenty of other head-scratching antics). While Awardee doesn’t come with a legion of fans, he did finish fifth in last year’s Dubai World Cup. His last victory, however, came in November of 2016. Trained by Mikio Matsunaga and ridden by Yutaka Take, Awardee is a long shot.

As you would naturally expect from his name, North America is based locally and has been improving steadily this spring, running in the Al Maktoum Challenge at Meydan. While he was well-beaten in the first leg, he only lost to rival Thunder Snow by a head in the second leg, and then earned an impressive win in the final. While the World Cup will require everything he’s got, the race is possible for North America, trained by Satish Seemar and ridden by Richard Mullen. He is expected to be the speed in the race.

Gunnevera was one of the best human-interest stories to come out of the 2017 Triple Crown, but the horse has not won since the Grade II Fountain of Youth Stakes early in 2017. Many critics have expressed belief that this late closer should step down in class, but Gunnevera’s connections remain hopeful. Trainer Antonio Sano mentioned earlier this week that Gunnevera also has some minor hoof bruising, but will likely start anyway. Gunnevera is piloted by Joel Rosario.

The lone South American representative, mare Furia Cruzada is a multiple group 1 winner in her native Chile but has not earned a victory at Meydan in three starts. It is unlikely that she will factor much in the World Cup. Furia Cruzada is trained by Erawn Charpy and ridden by Antonio Fresu.

Trained by Bob Baffert, Mubtaahij is a World Cup veteran, having competed twice already in his long career: he placed second in 2016 and fourth in 2017, plus a win in the 2015 UAE Derby under trainer Mike de Kock. His last race was a second place finish in Santa Anita Handicap earlier in March. Under Victor Espinoza, who won the 2016 World Cup aboard California Chrome, Mubtaahij should be considered a contender.

Forever Unbridled has been stealing hearts in a light but accomplished racing career, including a win over Songbird at Saratoga, a win in the Breeders’ Cup Distaff and champion older dirt female in 2017. The Dubai World Cup is expected to be her final start and she will be bred to Medaglia D’Oro upon return to the States; Forever Unbridled would become the first mare to win the World Cup in the race’s history. While she has her work cut out for her, the mare trained by Dallas Stewart and ridden by Mike Smith is certainly set up for success.

The distinctively-marked Talismanic has an outstanding CV on turf, including a win in the Breeders’ Cup Turf at Del Mar in November as well as a second in the G1 Longines Hong Kong Vase and a win in Chantilly, France since then. He did train well over the dirt at Del Mar, which encouraged his connections to make this bid for the World Cup. Talismanic is trained by Andre Fabre and ridden by Mickael Barzalona.

Only debuting as a three-year-old in mid-2017, Pavel hasn’t earned a major graded win yet but he’s been a contender in most of his starts. The Dubai World Cup may be a big ask for this horse, requiring many stars to align for the perfect trip — but Pavel is said to be training well at Meydan and could very well get it done. Pavel is trained by Doug O’Neill and ridden by Mario Gutierrez.

West Coast is the decided favorite for the Dubai World Cup after the figurative passing of the baton from Gun Runner: West Coast earned the champion three-year-old title and appears to be a strong contender for four-year-old races. Another Bob Baffert trainee, West Coast has demonstrated the class necessary to capture wins on the world stage. He is ridden by Javier Castellano.

Thunder Snow is another fan favorite after a disastrous yet comical 2017 Kentucky Derby. While he may be best remembered by American racing fans as the horse who took off bucking at the start, Thunder Snow is no slouch, with a group 1 win plus four additional group 1 placings earned since the first Saturday in May. He’s also got trainer Saeed Bin Suroor in his corner with seven World Cup wins, plus regular jockey Christophe Soumillon aboard.