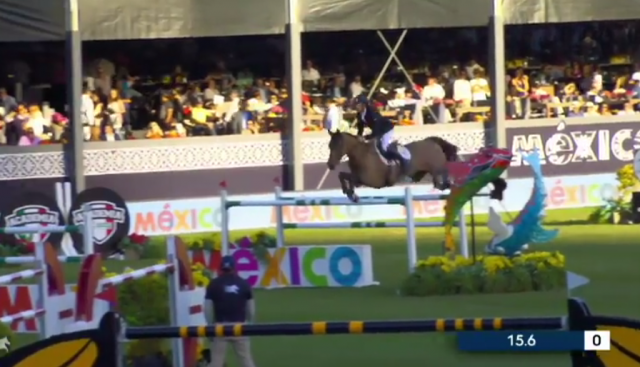 The Longines Global Champions Tour is arguably one of the most exciting formats to come to the world of show jumping: riders travel the world with their horses, stopping at gorgeous venues in major cities. The LGCT is at once both glamorous and gritty, competing in locations such as the shadow of the Eiffel Tower or the actual beach in Miami while demonstrating to crowds both familiar and brand-new just how intense and heart-stopping show jumping can be.

The 2018 season kicked off this past weekend in Mexico City, and the international slate of competitors certainly put on a show in the turf arena. Ultimately, Great Britain’s Scott Brash, who already has two LGCT overall championships under his belt, won the day aboard his 17-year-old mare Ursula XII.

Watch his brilliant jump-off round:

Ursula may be due to retire this year, but it appears the mare isn’t quite done yet. Brash starts out the LGCT season strong, and with a new format for this year, has already earned his berth in the brand-new Longines Global Champions Super Grand Prix competition later in 2018. All individual leg champions will compete in this exciting contest.

The LGCT is headed to Miami Beach for April 5th-7th! For updates, check out our sister site Jumper Nation.