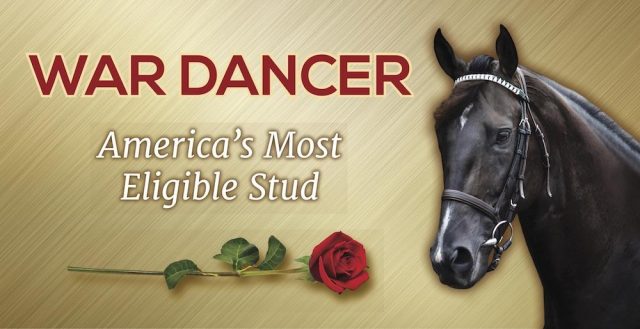 With hundreds of Thoroughbred stallions on the market for breeders today, how do you make yours stand out? For War Dancer, a millionaire son of War Front, it was to film his own version of “The Bachelor.” 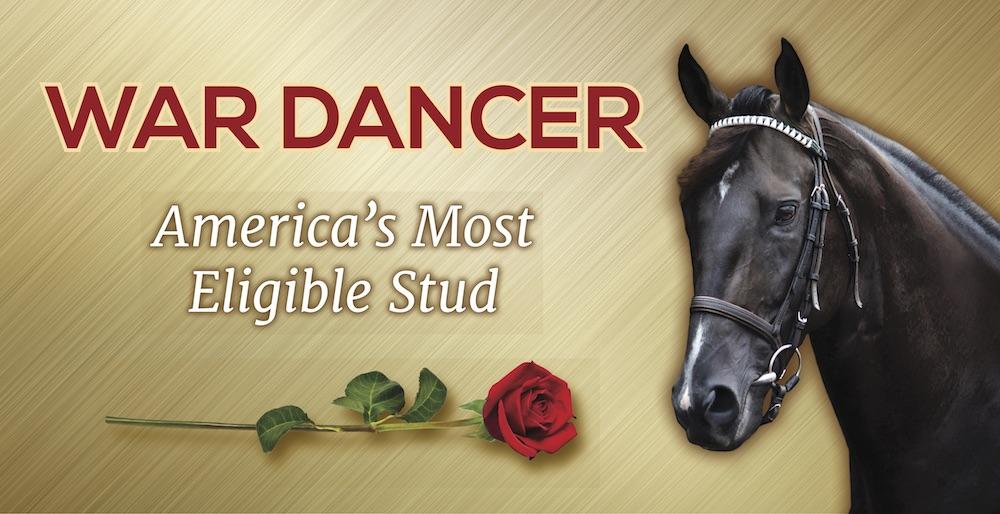 All images courtesy of War Dancer

The world of Thoroughbred breeding conjures certain mental images and concepts: black-fenced paddocks in which mares and stallions graze, immaculate stables topped with graceful spires, hundreds of years of careful breeding and both equine and human dynasties hoping that the next generation will be “the one”…

And then there’s America’s Most Eligible Stud. Meet War Dancer. 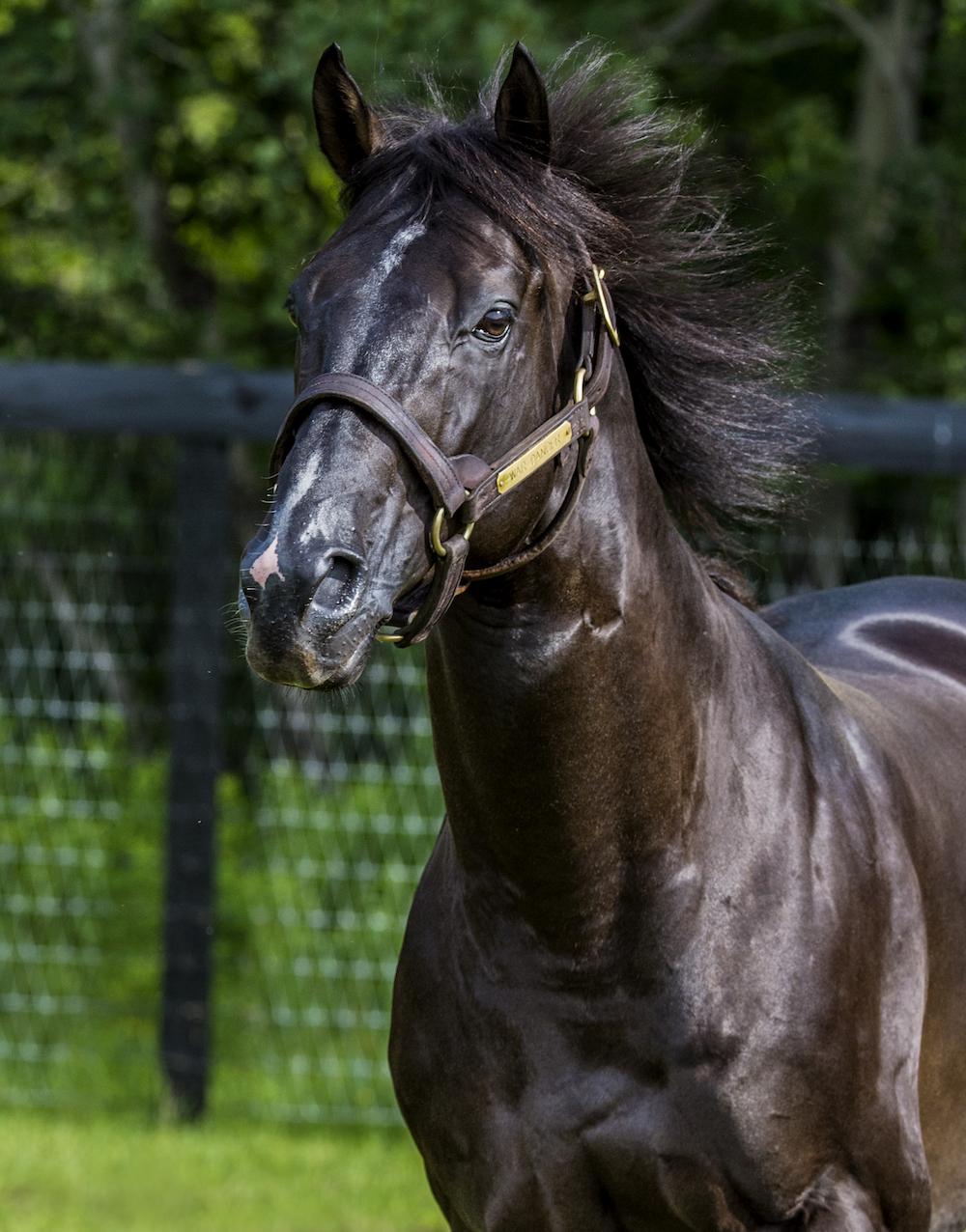 “War Dancer’s owner, Robin Malatino, is a very creative thinker,” describes Shona Rosenblum of Grand Slam Social, the PR firm handling War Dancer’s social campaign. “She’s had a lot of success in traditional big business environments during her time with Saratoga Water and later, Morgan Stanley. She encouraged us to think big, embrace risk and shake things up. The goal was to come up with a campaign that would make War Dancer stand out from the hundreds of other stallions out there. At the time two years ago, The Bachelor was entering its 20th season and the program’s popularity showed no signs of slowing down. We thought… if Ben (bachelor at the time) can date a bunch of women at once, why not War Dancer?”

The team has filmed two seasons so far of “America’s Most Eligible Stud,” with Season Two featuring eight episodes on YouTube. Viewers will meet different characters, from War Dancer himself to his various mare dates, as well as a few other faces from around the farm.

“The breeding world can certainly be traditional in many ways, but the people involved have a good sense of humor,” Rosenblum details. “One of the best quotes we were told at a sale recently was ‘It totally works. I don’t know why I watch it but I do. I find myself tuning in each week to see what they’ve cooked up next.’ Often times when we introduce ourselves as War Dancers’ social media team to people in the industry they will immediately say ‘Oh, I know that horse. That’s The Bachelor Horse.’ If breaking through the clutter was the goal, then America’s Most Eligible Stud was certainly a success!”

War Dancer’s thriving social media presence has added a new level of interaction, not only for fans but for breeders. Whether he’s trading jabs with The Bachelor host Chris Harrison or retweeting love letters from mares he’s “dated,” War Dancer is a busy guy.

Says owner Robin Malatino, “War Dancer isn’t the only horse with a Twitter account, but I wanted to take this well beyond what anyone else is doing. My objective was to find a way to differentiate War Dancer and showcase his personality to a wide audience, and deliver something new to the inboxes of the breeding managers. The engagement has been incredible.”

War Dancer is still advertised through more traditional marketing as well, and the combined results clearly speak for themselves, with the stallion covering over a hundred mares in his first season. The first crop is hitting the ground now: 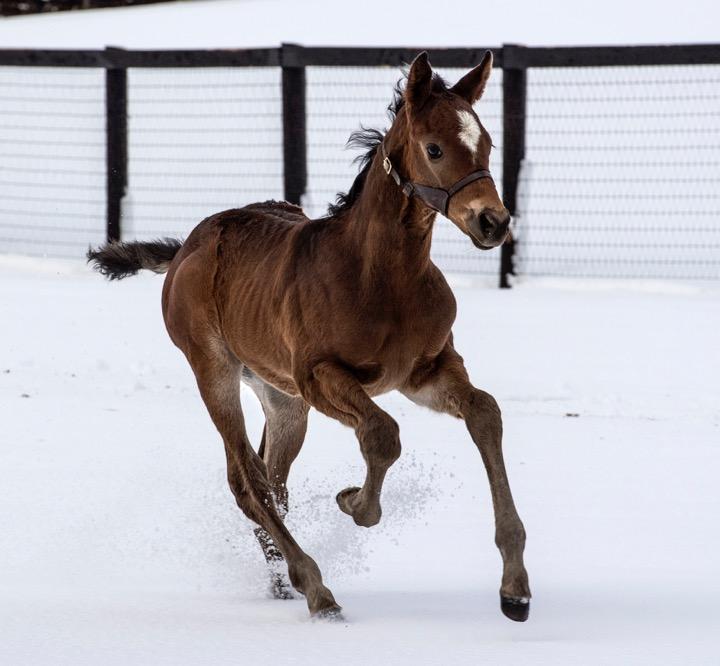 Malatino continues to market War Dancer creatively, setting up the Breeding With the Stars program to target out-of-state breeders — New York states offers a lucrative Breeders Awards program to incentivize in-state breeding, so Malatino created this program to attract more mares to her stallion. Breeding With the Stars offers 90 days of board and round-trip transportation so that the War Dancer foal will carry the New York Breeders Awards benefits through its racing career.

While there’s certainly an element of fun surrounding War Dancer, he certainly lives up to the “most eligible stallion” title: his racing career netted over a million dollars in earnings and graded stakes wins as a three- and four-year-old. He is the top turf earner son of War Front in North America; War Front is recognized as one of North America’s current leading sires.

Our hats are off to the creative team promoting War Dancer! We can’t wait to see his foals mature… and we can’t wait for Season Three to premier, either. Learn more about War Dancer at his website, and catch all of “America’s Most Eligible Stud” on YouTube. 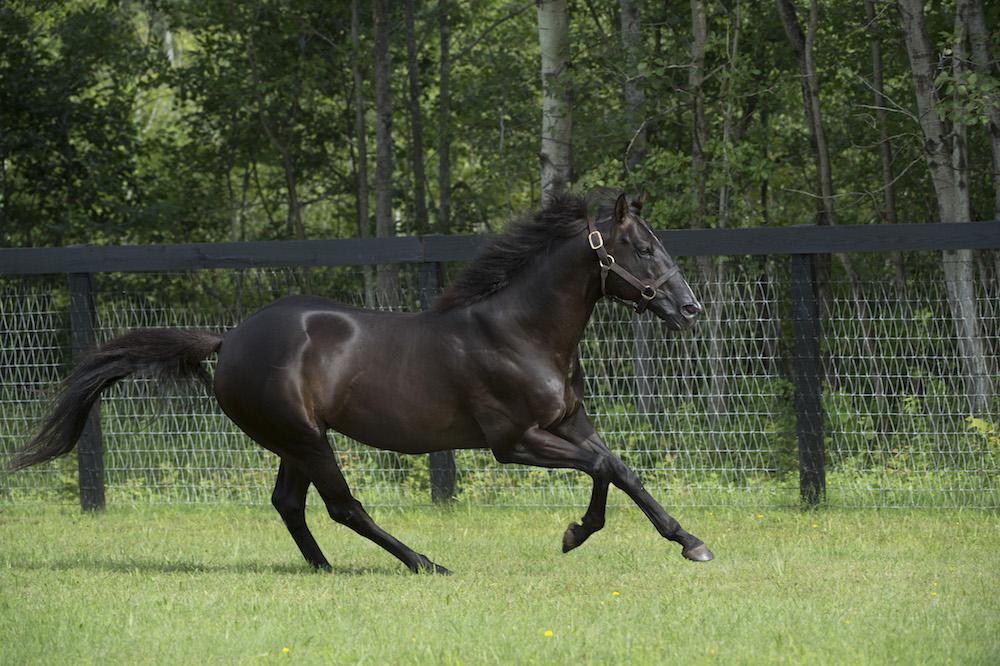