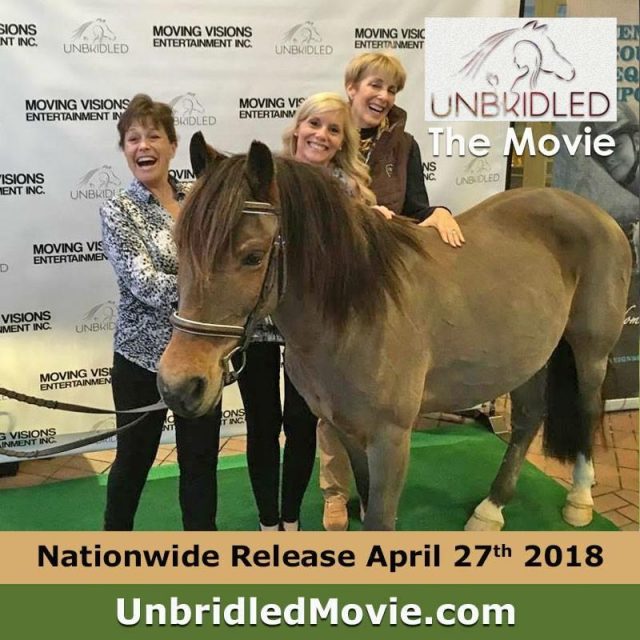 Candace Wade brings us the scoop on the film, screening in advance of the 19th annual EAGALA conference. 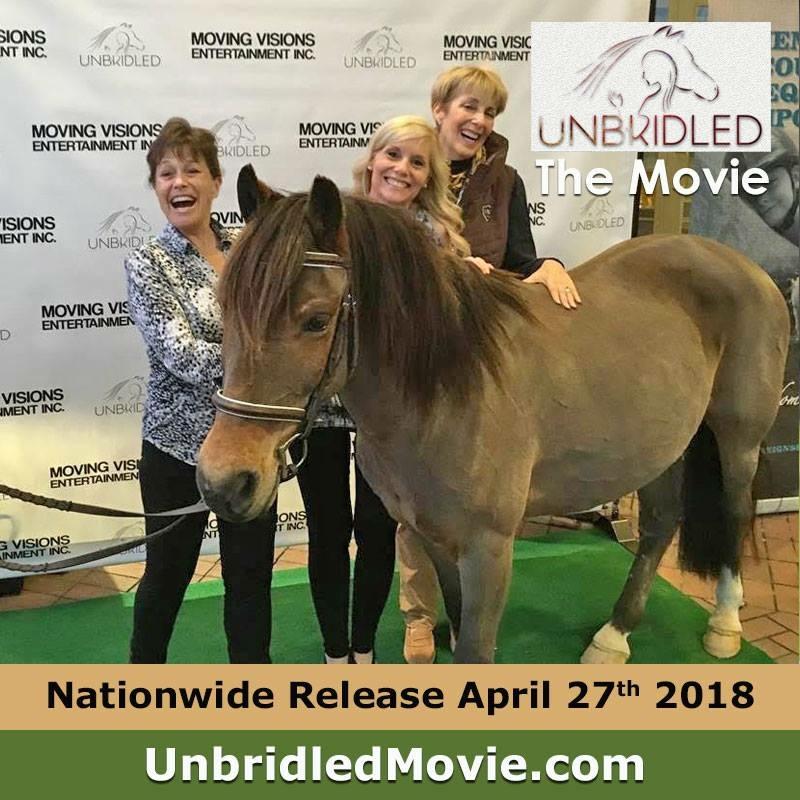 I walked the green carpet in Murfreesboro, TN while the Hollywood-types walked the red carpet in Los Angeles on Sunday March 4th. Prior to the start of the 19th annual EAGALA (Equine Assisted Growth and Learning Association) Conference, the award winning film Unbridled was presented by Equus Film Festival NYC.

The green carpet welcomed the film’s producer Christy McGlothlin and Pogo, a Welsh Cob from Freedom Reigns Ranch in Thompson Station, TN. Freedom Reigns Ranch is a donation-only mentorship program that uses horsemanship to assist those who have been through emotional trauma and/or other life challenges.  Larry McMillan owner of Southeast Pack Trips (custom trail rides for all levels and include “get acquainted with horses” rides and “earn-a-badge” rides geared towards children’s groups like Scouts in Franklin and Jamestown, TN) joined the pre-screening Meet-n-Greet.

Pre-film chats revealed an international representation for the conference. Annie came from Inverness, Scotland for her second year attending; she uses the EAGALA model for her program. Eme has not missed a conference in 19 years; she traveled from EAGALA England. Ellie Goff, Managing Director of Wellies-On in Essex, uses the model and came for inspiration for their therapeutic use of farming practices. Tayla and her horses work with troubled adolescents in Nevada. Many have their own programs and use the model. Some were interested in starting a program.

Unbridled stars Eric Roberts, T.C. Stallings, Rachel Hendrix and Jenn Gotzon, and introduces Tea McKay as Sarah, a teen victim of sex-trafficking.  Real stories are portrayed from equine assisted therapy centers to frame the theme of Sarah’s rescue, healing and empowerment. I found myself hating the bad guy, rooting for Sarah, frustrated with her mother’s role as the enabler and concerned for the futures of the other girls who are in the program with Sarah. Of course, who could resist the equine star, Dreamer, the bodacious palomino who learns to trust Sarah?

Unbridled will open nationwide on April 27, 2018. Several benefit screenings will occur prior to national release. A benefit screening for Freedom Reigns Ranch is planned March 9th and 11th in Franklin, TN.