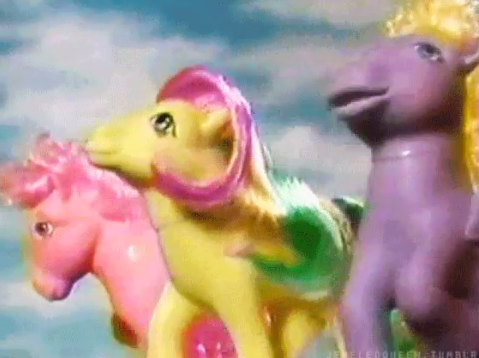 Cue the nostalgia, folks: the original My Little Pony herd is coming back to stores near you. Biz Stamm has the pastel-shaded scoop.

Long before Bronies, Equestria Girls, Friendship is Magic, and the redesign that left the action figure looking like a weird deer/lemur hybrid cooked up by a genetic engineer that amplified the cuteness gene to a horrifying degree, My Little Ponies actually used look a little bit like actual ponies. Crazy! I know! Being a horse-obsessed little girl, I was owner of several My Little Ponies. You could frequently find me traipsing around  the house with my many ponies spilling out of their barn-shaped carrying case, and modifying their already colorful markings with obnoxiously bright shades of nail polish.

I have never been to BronyCon, but I imagine it looks something like this.

While I have long since passed on my My Little Ponies to my nieces and nephew, I never really outgrew the appeal of toys. My house is filled with tastefully displayed (at least I think so) figurines and memorabilia, but I feel as though an equine presence is notably missing. Those 80s style My Little Ponies — ya know, the ones that actually look like ponies — would fit the bill perfectly, but where does one find them without spending hundreds of dollars on Ebay, because let’s be real, I have real horses on which to waste my money. 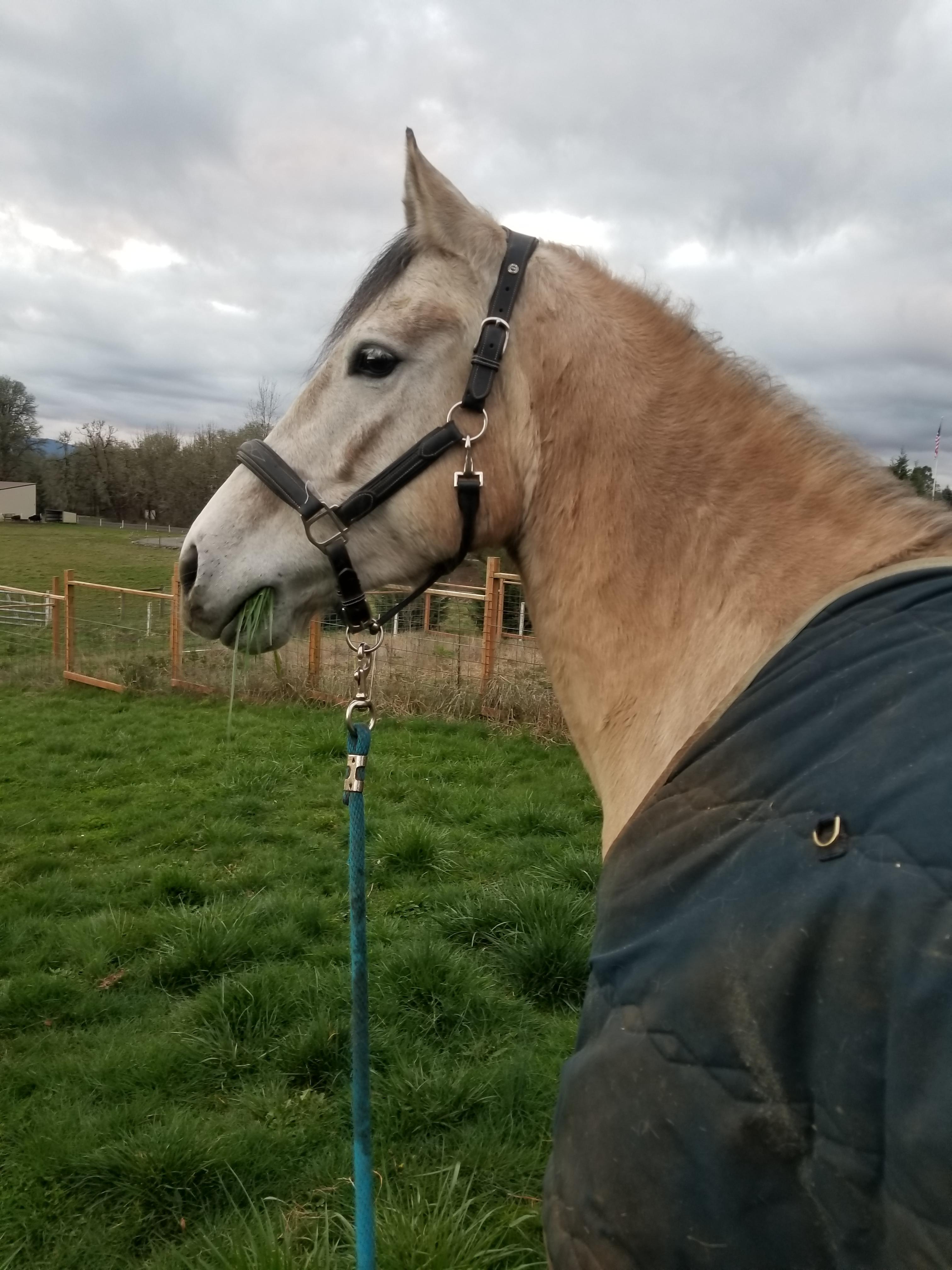 Hello! My name is Helix and grass ain’t the only green I eat. Photo by Biz Stamm.

Well it looks like I’m in luck because for their 35th anniversary recreations of the six original pony pals, Minty, Butterscotch, Blossom, Snuzzle, Cotton Candy, and Blue Belle, will be offered for sale at Toys R Us and Target locations for just $9.99 apiece! According to the Toys R Us website, each pony comes with a comb, ribbon, and mini collectors poster, perfect for displaying as a part of sophisticated home decor — framed, of course, because I’m not a monster!

So if like me, you find yourself hankering for some 80s equine nostalgia, and the increased risk of divorce when your significant other comes home to find a My Little Pony-themed house doesn’t scare you, head on down to a Target or Toys R Us and pick up y0ur own set of pony pals!