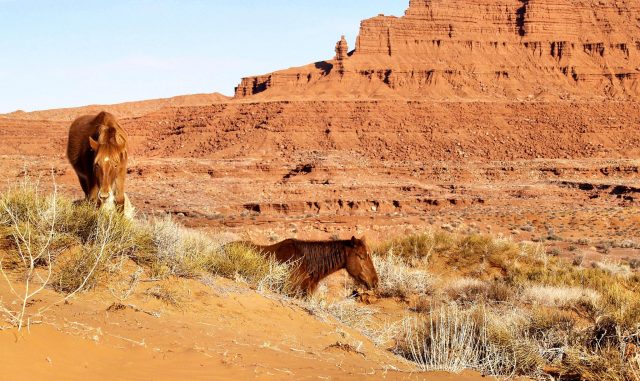 As of Monday evening, the feral horse management hunt sponsored by the Navajo Nation Department of Fish and Wildlife has been rescinded. 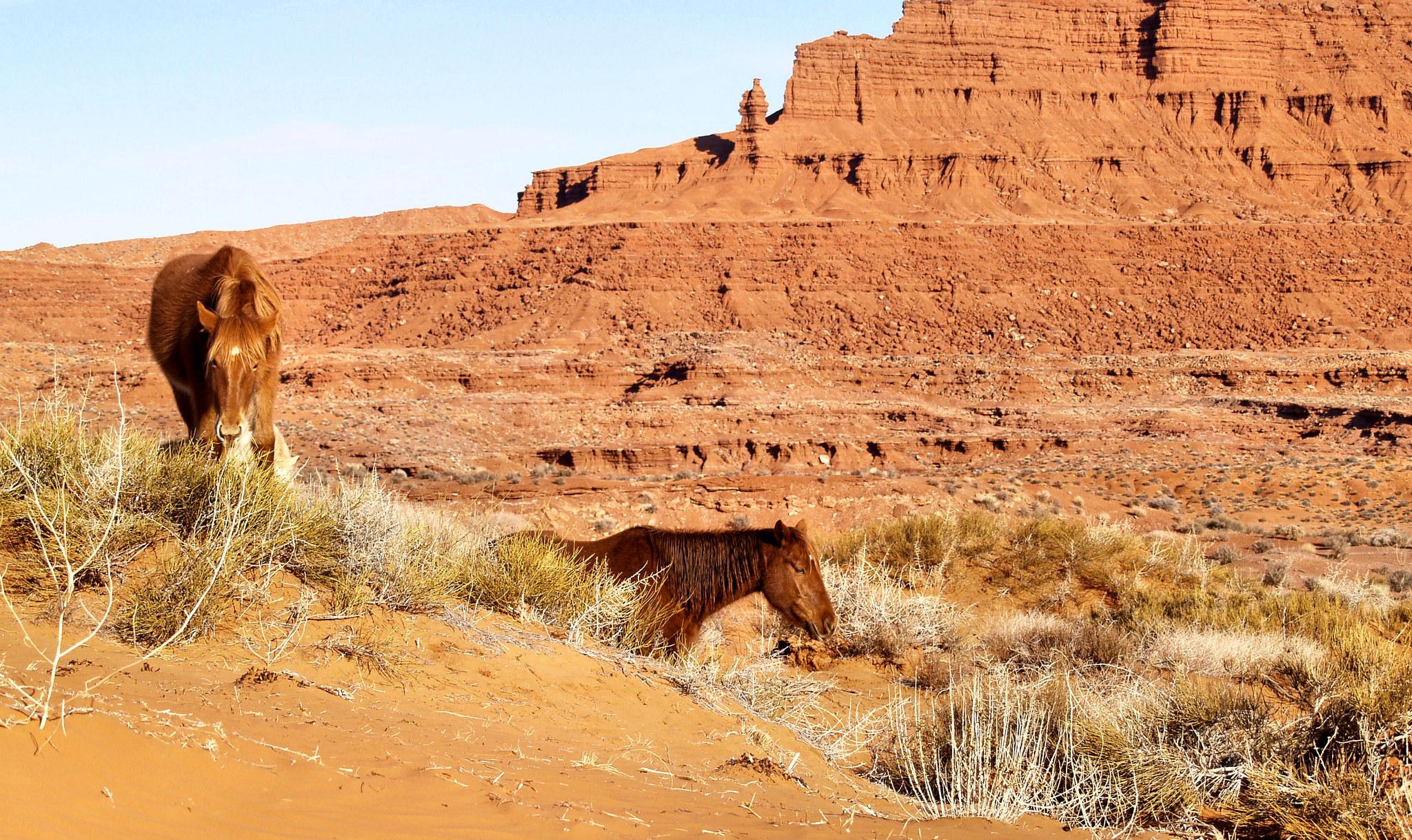 The Wild and Free-Roaming Horses and Burros Act only protects horses and burros on government land; free-roaming and feral horses on tribal land are not protected by this law. The Navajo Nation, including parts of Arizona, Utah and New Mexico and comprising the largest such reservation for a Native American tribe, has had a long and complicated history with feral horses, which recently took a drastic turn with the Navajo Nation Department of Fish and Wildlife (NNDFW) announcing a 2018 feral horse management hunt.

The Navajo people were originally a farming society prior to the arrival of livestock to northwestern New Mexico around 1600. For the next two hundred years, society shifted to nomadic herding thanks to that introduction of livestock, with the Navajo following their sheep, goats and cattle from horseback and expanding to the south and west. Conflicts in the 1860s with settlers led to the forced relocation of some of the Navajo and the eventual creation of the Navajo Nation on reservation land.

Overgrazing by livestock, including horses, combined with severe drought in the 1930s, led to forced reductions in livestock populations by the Navajo Nation Council, via the Bureau of Indian Affairs. These agencies created carrying capacities for livestock on land units and tied grazing to specific areas, which ended the Navajo practice of nomadic herding. The introduction of motor vehicles further reduced the need for horses. Subsequent economic trends have increased the number of feral horses, with many owners turning their animals loose to join free-roaming herds when they can no longer care for them. There are few enforced penalties for this practice.

Gloria Tom, NNDFW director, stated in 2017 that hunting is just one part of a multiple-strategy management program for the Navajo Nation’s feral horse population, which is estimated at over 38,000 via an aerial survey conducted July 24-August 3, 2016. According to this study, population densities of feral horses on the Navajo Nation are high, compared to other management areas (the BLM, as an example, estimated about 55,000 horses roaming across seven western states in 2016). Due to the horse’s natural grazing patterns, the population of feral horses is believed to be overgrazing Navajo range, which is also supporting other wildlife as well as livestock.

Tom also stated that a feral horse hunt would include harvesting horses for use according to tribal custom, including consumption of meat, use of meat for traditional medicinal purposes and use of the hide.

The Navajo Nation has attempted to control feral horse populations in the past with roundups and removal, with horses sold to private buyers for resale, adoption or shipment to slaughter. According to the NNDFW, however, roundups have not been an effective means of controlling the total population. Numerous wild horse advocacy groups have worked together to make a case to the Navajo Nation for developing more humane management practices, including the use of the PZP vaccine (which works as birth control for mares) as well as gelding domesticated stallions.

While the looming feral horse hunt has been referred to by Tom as part of a multiple-strategy management program, there is little evidence that other management tools are being implement. NNDFW did not respond to our request for comment.

A rally and march in opposition to the horse hunt is planned for March 2, 2018 at Navajo Veterans Park in Window Rock, Arizona. For more information, please see the Indigenous Horse Nation Protector Alliance Facebook group.

UPDATE: 8:56 AM February 27, 2018: The feral horse management hunt has been rescinded by the Navajo Nation Division of Natural Resources. According to American Wild Horse Campaign, the office of the President and Vice President of the Nation canceled the hunt after a meeting Monday morning. The website of the Navajo Nation Department of Fish and Wildlife reflected the change as of Monday evening, February 26.

[The Navajo Nation has a wild horse problem]