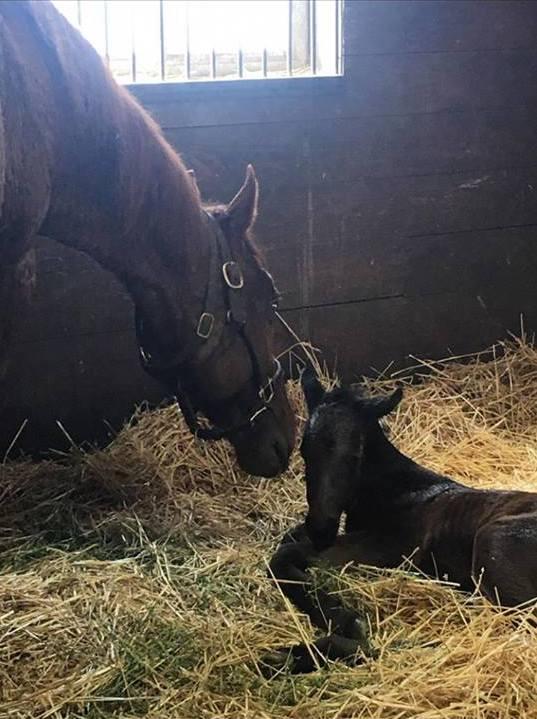 “I believe that the nursemare business has the opportunity to be completely ethical and I love it that way!” Horse Nation speaks with Laura Phoenix of Nursemares of the Northeast to learn more about hormonal milk induction for the nursemares.

Breeding a mare and raising the foal can be one of the most rewarding processes in the horse world — but unfortunately, it doesn’t always go according to plan. Mares can suffer complications, fail to produce milk or reject their foal, leaving their spindly-legged youngster effectively or literally orphaned. For these tragic situations, a nurse mare can be a blessing, able to step in and save the young foal by producing the much-needed milk and adopting the foal as her own. But the nurse mare industry has a darker side as well — in order for a mare to produce milk, she needs to have a foal of her own, and that foal usually became a by-product when its mother’s services were needed.

Fortunately, it doesn’t have to be that way — with the development of hormonal milk induction, a mare can now be induced into producing milk and taking on an orphaned foal, without having been pregnant or nursing a foal of her own first. It’s this process that Laura Phoenix of Nursemares of the Northeast follows, with a high success rate of acceptance among her mares year after year. We spoke with Phoenix to learn more about the process. 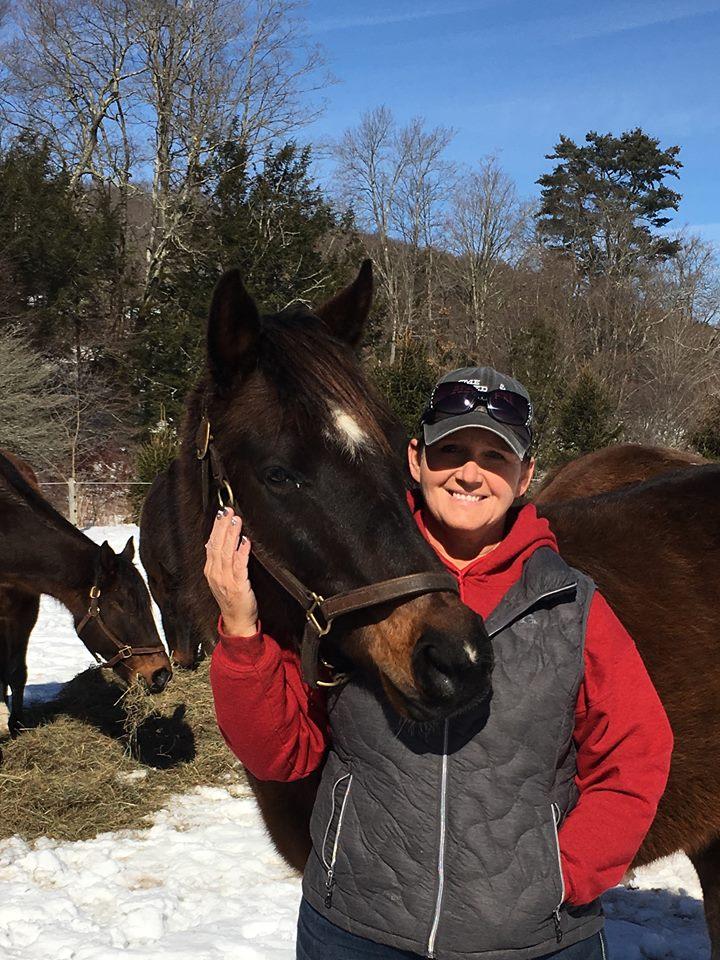 “My experience started when I was young,” Phoenix details. “It was the days before milk induction, so there were lots of orphaned foals left behind, which broke my heart. I always appreciated the fact that we were helping other foals, but then you came home to screaming babies. I took a lot of pride in my work — I became a professional at the bonding process and had a knack for getting mares to accept their new foals, but I had to leave the job because that pride was overshadowed by the babies left behind.”

But when Phoenix heard about hormonal milk induction, she knew she had to get back into the field.

The process uses hormones to “trick” the mare’s body into thinking she is pregnant; when a mare’s services are needed, a different administration of hormones creates mild labor pains and triggers milk production. The entire protocol of hormones takes place over 21 days, and Phoenix has learned a lot over the four years she’s been in operation about how to customize the protocol for quality milk production. (Learn more about the hormonal induction process here.)

The nurse mare is never actually pregnant during the hormone protocol and there is no foal produced as a “by-product” for the mare’s nursing services. Thanks to Phoenix’s skills in bonding her mares with “their” new foals, combined with the protocol itself, the hormonal milk induction process means that most of the mares seem to truly believe the orphan foal is their own.

Miss Gazon working her magic with a new foal in need of a mother.

“We always have a mare in full milk after January 15th; sometimes I’ll have more than one ready as the foaling season opens since we never know when our services will be needed,” Phoenix states. “There’s always a three to five day period where the mare and foal are adjusting to each other and her milk production will fluctuate as she balances out; I always bring a supply of milk along with from hand-milking the mares to supplement. Usually everyone adjusts and the mares produce plenty of milk on their own. So far our first two mares of 2018 haven’t needed any supplementation at all, which is wonderful.”

Phoenix considers her business an emergency service, so during foaling season her phone is always on. “Call me at 2 AM!” she states. “Some people think they have to wait until a respectable hour, but not when it comes to this. We want to prepare as soon as possible so we can get your foal and our mare together as soon as possible. I haul the mares myself so I can accompany them for the introductory process; that’s such a critical step. I can help it be a fifteen minute or half hour process versus a couple of days.”

Nursmares of the Northeast typically serves the northeast United States, and in the past year Phoenix has hauled mares as far south as North Carolina and as far north as Maine. In 2017, she had 21 out of 22 mares accept their new foals; for 2018, she’s increased her herd to 28 mares. Phoenix’s mares have helped everyone from racehorse and sporthorse breeders to backyard breeders, as well as major equine clinics throughout the northeast. 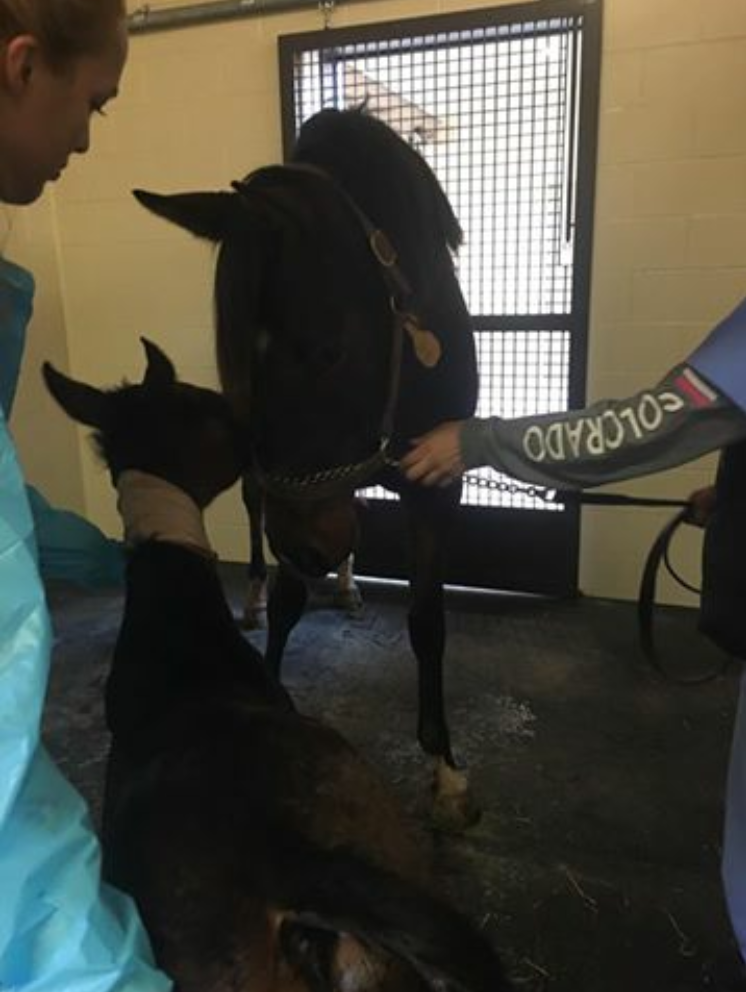 “My mares need to have had their own foal in the past so that I know they have a good mothering instinct,” Phoenix describes. “Most of the mares are adopted Thoroughbreds who aren’t producing what they need to for a breeder, so it’s a win-win for everyone. I always keep my farms updated and send photos of them with their new adopted babies, and they love it!” Phoenix keeps a variety of sizes in her herd, and even sent her smallest mare to nurse a pony orphan last year — it was another great match. “We believe in giving our mares everything they require, and then some — we want quality, healthy horses as well as great milk production.”

Phoenix herself is a critical part of the introduction process — through the skills she’s honed in the years of working in this industry, she can tell immediately if a mare and foal are going to bond or if intervention is necessary. “Sometimes we’ll have a mare that likes the baby, but isn’t quite sure that it’s actually hers. We have to be on top of that quickly, and sometimes pull out all the stops — sometimes that means taking the baby away and restarting part of the process. And then we have other mares that we call our ‘five stars’ — they go crazy as soon as they see the foal and can’t wait to lick and smell and love them like their own!”

Hormonal milk induction vs. other methods

The milk induction process is time consuming, and the timing is critical so that a mare is producing when she needs to be. “We’ve been called in to replace other hormonally-induced mares that never came to the farm with the proper support, so they stopped lactacting,” Phoenix shares. “It’s definitely a science that needs to be done correctly.”

While it may seem easier from a purely factual basis to stick to the “old method” and naturally foal out a mare and then put the orphan foal on for milk, especially with the prevalence of rescues willing to buy nurse mare foals, Phoenix believes that hormonal milk induction is the clear ethical choice. “I believe that the nursemare business has the opportunity to be completely ethical and I love it that way.” 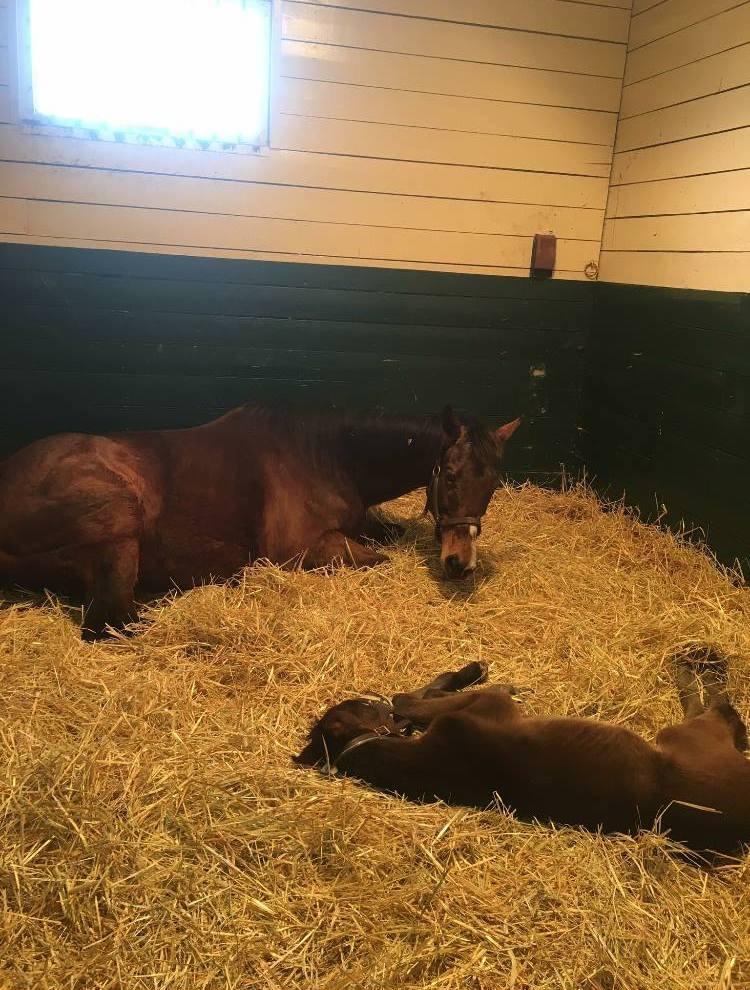 Millpower, aka “Millie,” taking a nap with her new baby.

When hormonal milk induction is done correctly, Phoenix is also a firm believer based on her own experience that the mare will believe that the foal is her very own, and there’s a smaller risk of the nurse mare rejecting the foal. She’s also seen plenty of evidence in her own mares that correct hormonal induction creates a mare just as “milky” as a natural foaling mare.

“Having a hormonal milk induction nurse mare is more expensive at the onset than bottle or bucket-raising a baby,” Phoenix describes. “But the long-term benefits from having a foal raised by a mare outweigh the initial cost — the foal will learn socialization and manners from his new mother, and won’t need to have an additional buddy brought in or around-the-clock feeding from humans.”

“It’s my mission to change people’s minds about hormonal milk induction and to show that the nurse mare business can be ethical.”

To learn more about Nursemares of the Northeast, please visit the Facebook page.