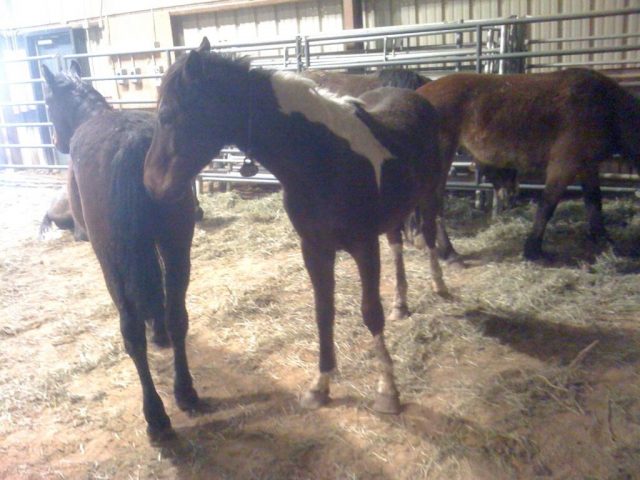 “0323 was in a pen of about fifteen yearling geldings in the far back corner of the arena. 0323 — who would become known as Kaliwohi — was brave and curious, gentle and willing to accept change, to begin a relationship with a human.” 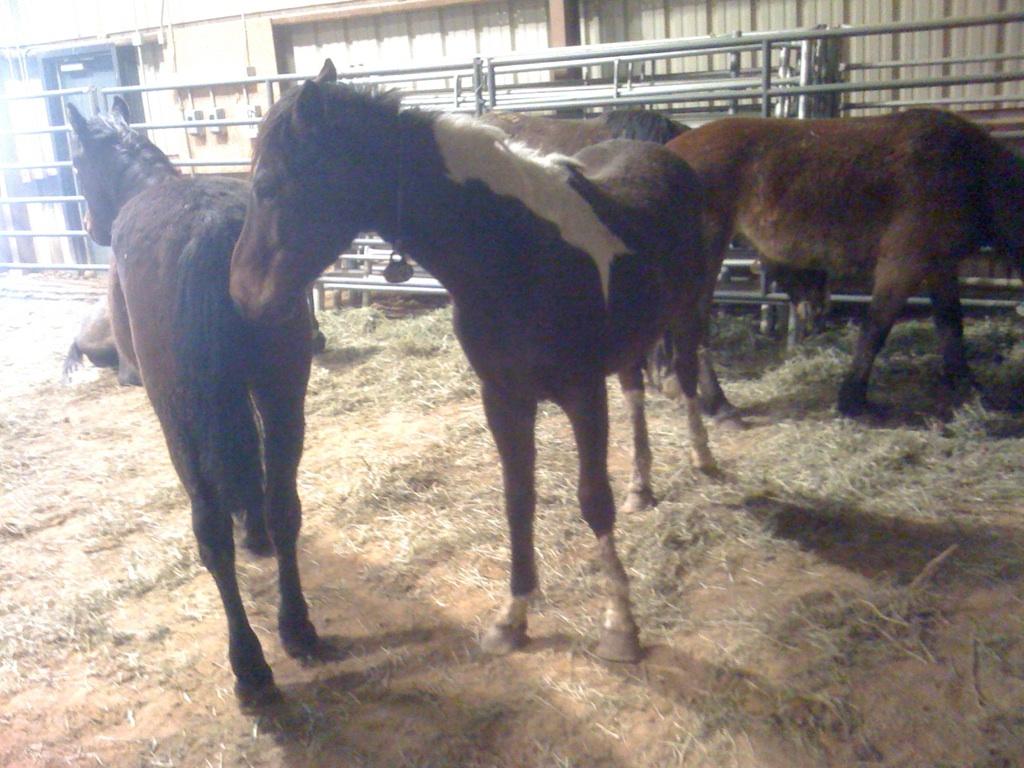 “Change” is a frightening concept to many people, myself included. Change implies something unknown, and humans are hard-wired to be wary of the unknown. That wariness lies on a spectrum, from the adrenaline rush of the first time out on an unfamiliar cross-country course to the abject terror of falling down a dark cavern.

Change = the unknown = reason to fear. But in last week’s column, we dissected fear down to its elemental particles, which is nothingness. False. Evidence. Appearing. Real.

So, in that sense, perhaps change does not equal the fearful, or fear-filled, unknown. What if, instead of equating change with the unknown, we translate change to mean a new opportunity? Change is, at its heart, simply another word for a new beginning.

I met Kaliwohi at a BLM auction pickup point in western North Carolina in mid-April, 2014. I had purchased him via online auction during the winter of 2014 as he stood in a BLM holding pen thousands of miles away in Wyoming.

I waited anxiously during the weeks between winning the bid on my yearling mustang and his cross-country transport. I was so concerned about his safety and worried he would be injured during the trip as he was hauled in a semi with dozens of other wild horses and burros.

The BLM allows those who pre-purchase animals to have a semi-chaotic “meet and greet” the day before a live auction and formal pick up. The purchaser can observe the animal, interact with the animal from the outside of the pens (assuming the animal will approach), and decide between three options: take the animal they’ve already won via online auction, select another animal from among those available for live auction, or get a refund and take no animal.

The risk to the pre-purchased animal is, if the buyer rejects them at the pickup location, the animal becomes available for live auction buyers, and thus enters the “three strike” system. (In this system, the animals are offered at live auctions around the country for three auctions; each unsuccessful auction becomes a “strike” against the animal. If the animal is not purchased by the third auction, this animal is called a “three strike” animal and is available for immediate purchase and disposal for a mere $25.00.)

Thus I felt a good bit of responsibility to accept the yearling known then only as “0323” – the tag number that hung around his neck. I prayed 0323 would be a kind and gentle soul. I did not want a feisty, wild animal, yet I did not want to reject the young horse. Our first interaction – the beginning of our relationship – was going to be a critical moment in my decision.

Arriving at the auction, I entered a strange new world. Stock panels formed a complex maze throughout the dusty arena. Everywhere I looked, I saw groups of wild mustangs and burros, scuffling and bucking and whinnying and braying. While my first impression was one of utter chaos, after a few moments it became clear the BLM wranglers had a fairly organized system. Burros were in separate pens from horses. Horses were separated by age and gender, so weanling fillies were together, two year old geldings together, and so on. 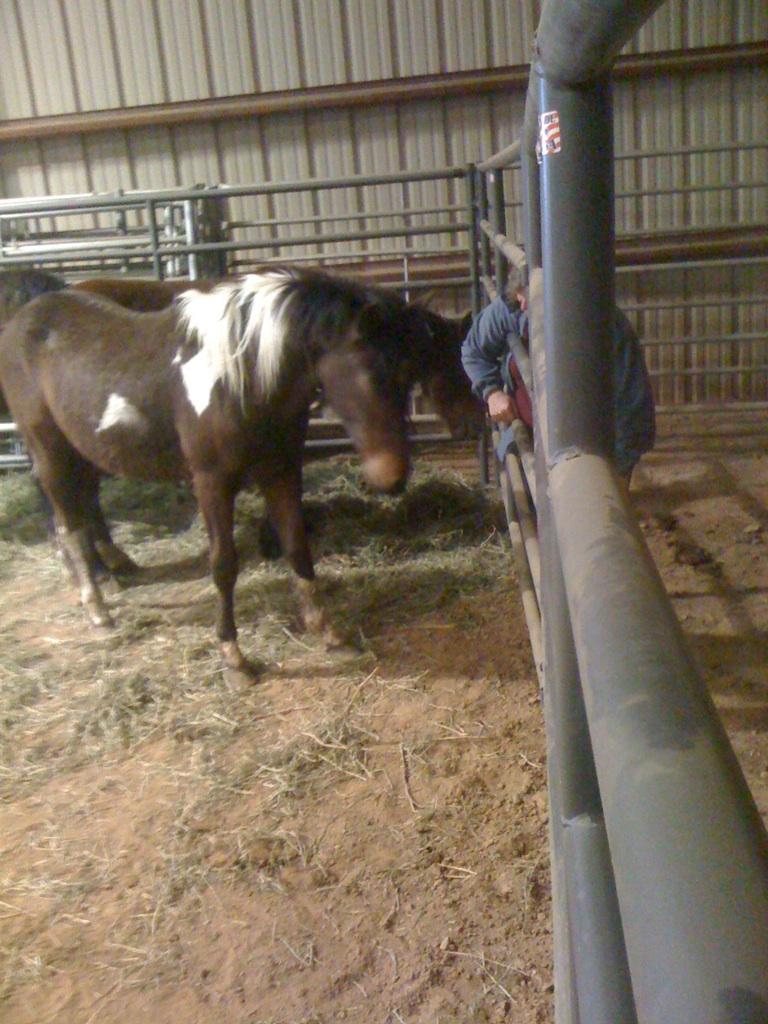 0323 was in a pen of about fifteen yearling geldings in the far back corner of the arena. As the photos illustrate, 0323 was brave and curious, gentle and willing to accept change, to begin a relationship with a human. Our initial meeting was a truly great “beginning” and once I touched 0323 for the first time I never considered choosing another horse and leaving Kaliwohi there. 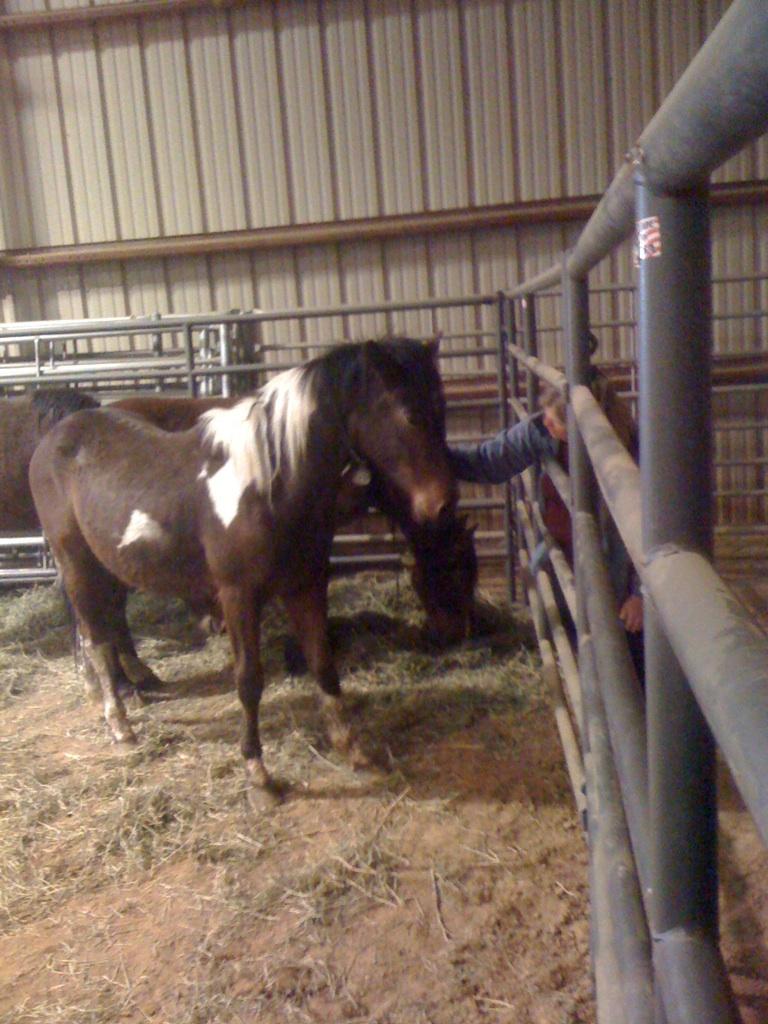 So what does this have to do with weight loss? Recently, I have had two rather major changes, or beginnings, in my life. Each one has taught me some very valuable lessons about how “new Esther” handles stress.

Exactly one month ago, I began a new job. I kept some of my law clients, so I had, in effect, two full-time jobs. A lot of horse owners have at least two jobs, right, so I can handle this, right?

On the first day of this new job, in other words, right at the beginning, I realized there were several aspects of the position that were not at all a good fit for me. Over the course of a single eight-hour day, my stress level doubled, then tripled, then quadrupled. At that point, I began to feel overwhelmed. Not a good beginning. At all.

Long hours and a crazy schedule meant I began eating lunch between 1 and 3 p.m. By that time of day, I was ravenously hungry and made a lot of very poor food choices, scarfing fast food to get to the next meeting on time. Supper was anywhere between 6 p.m. and midnight. I began feeling exhausted and food became my comfort. I began getting more calories and less nutrition. I began regaining weight.

Each day, I told myself, “You can handle this! Keep it together! You’re a grown-ass woman so just DO this! Do it all! Do it well! Do it now!”

It is amazing how harshly we speak to ourselves. I would never have driven my best friend to exhaustion while berating her best efforts. Why on earth do I treat myself so poorly?

I stopped sleeping, felt exhausted, ate more junk food to have energy to make it through each day, felt bloated and lethargic, and began to feel despondent.

One night, utterly exhausted yet lying awake while my mind spun with all the urgent things on my to-do list, my inner voice quietly asked this question: “If today was your last day on earth, would you be content with how you spent your time this day?”

I reflected somberly upon the day’s events. I had tended Kaliwohi’s basic needs of food and water and a clean stall, but I had never even touched him, let alone spent any quality time with him. I had attended meetings upon meetings, dealt with humans of all temperaments, driven myself beyond exhaustion, and, at the end of it all, wound up stressed and unhappy.

So, I got up and made a change. A beginning.

Quitting is something I very rarely do, so this change most definitely meant entering into the unknown. I felt fear. Fear of disappointing those who had so recently hired me. Fear of loss of reputation. Fear of lost income.

But I told myself to consider this change as yet another beginning. Amazingly, when I met with my new boss to discuss my resignation, I was not met with hostility or resentment, but, rather, with kindness and professionalism. I lost a great boss, but discovered a new friend. (Bonus: she’s also a horsewoman!)

I found the courage to be deeply honest with myself and finally figure out what I want and, perhaps more importantly, what I do not want, in my professional life.

The courage to change, begin again, and face the unknown, was met with grace and understanding. I felt an overwhelming sense of affirmation that I made the right choice. I will continue to run my own law firm and expand it to include a new area of practice that interests me: pet trusts.

Another change. A new beginning.