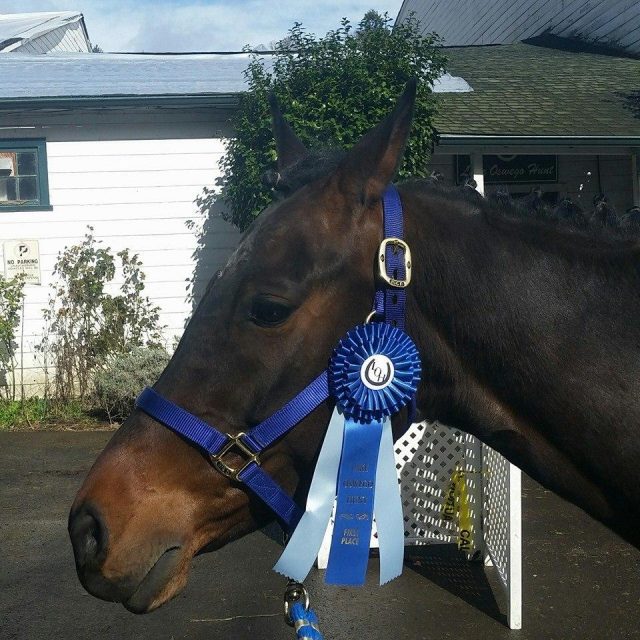 February 12, 2018Biz StammBiz StammReader Horse of the WeekLeave a comment

While I frequently write about my “mane” squeeze Helix, you may be a little less familiar with my other horse, The Kalvin Cycle — Kalvin for short. Kalvin is a 12 year-old mustang/Arabian. He is my curmudgeon with a heart of gold, “hurumffing ” at you on first approach, and melting into your arms as you extend your hand to offer some scratches.

I met him six years ago when his owner asked if I could exercise him a few times a week for her. While Kalvin was not exactly what I consider green, he was young, and had a personality one could lovingly call “quirky.” He was for sale when I met him, and despite having a show record and a fair amount of training, his owner at the time recognized that Kalvin needed a specific kind of rider. He and I seemed to have come to some sort of agreement, so one day as I was untacking him, his owner approached me and asked me what I thought about the idea of her giving Kalvin to me. She said I was welcome to sell him in the future, so long as I kept him for at least a year and gave him a bit more training before finding him his forever home. 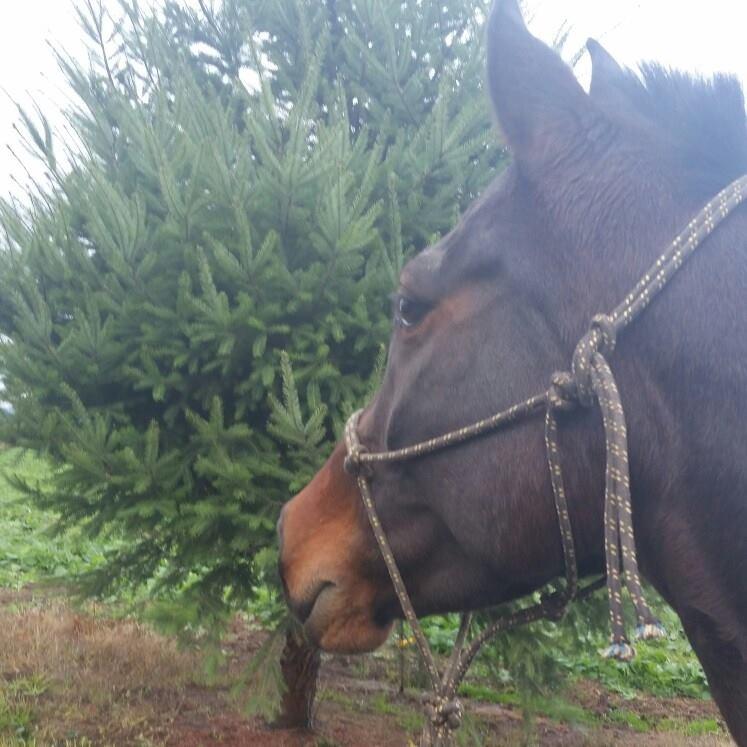 The irresistible face of The Kalvin Cycle. Photo by Biz Stamm

I had just taken ownership of a five-month-old Helix, and my job of adjunct biology instructor at our local community college did not leave me with a ton of expendable income. I wasn’t sure if taking on a second horse was something that financially made sense. The day after receiving the offer from Kalvin’s owner, however, I got a call informing me that I had gotten a lab job I had applied for at Oregon State University. The pay increase wasn’t huge, but it was enough for me to do the mental gymnastics that made taking on a second horse seem like a good idea. He was just a sales project anyway, right? Soon thereafter, Kalvin was mine.

A year quickly came and went, and while I did half-heartedly throw together a sales ad, I never did really follow through on marketing him. There was just something about him I couldn’t shake. He challenged me. He sometimes frustrated me, and by doing so, he taught me. He made me redefine what being “flexible” in my training program really meant, and while some horses inadvertently educate their owners, Kalvin seemed to be knowingly training me. You see, Kalvin likes to jump, and I like dressage, and he made his preferences quite clear. I was stubborn and didn’t get the message immediately, but during the summer of 2016 we took to the show ring for some OHJA shows, and I must say, we did pretty alright. 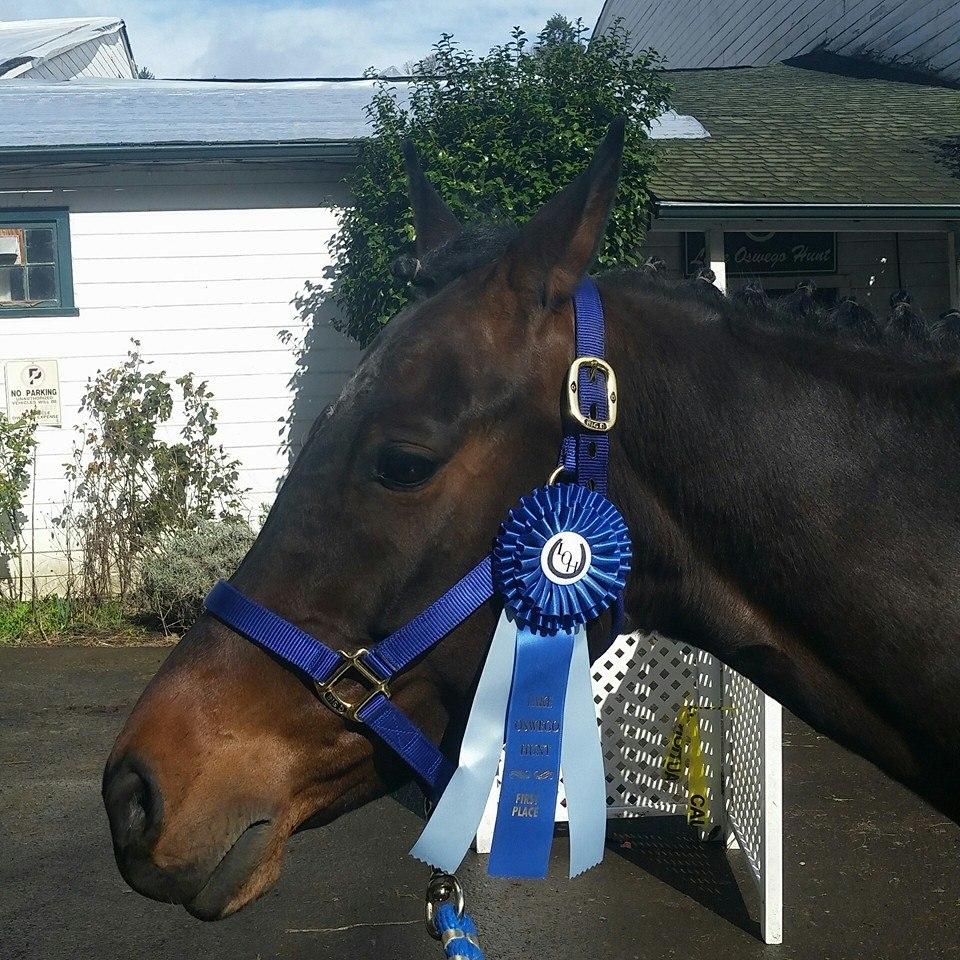 Eventually, kind of like a guy you’re casually dating for awhile, and then gradually over time you solidify your status as a “thing” without directly addressing the matter, Kalvin and I became a “thing.” He was mine, and he was going to stay mine. As I began my career starting young horses under saddle, Kalvin stepped into the role of old faithful. He rebuilt my confidence when I found myself questioning my abilities, and provided me peace when things got chaotic. When I found myself afraid to ride after a bad fall on a training horse, he was the one who helped me find my courage again.

While Helix is my dream horse that I picked out for myself, Kalvin is the horse that picked me. He weaseled his way into my heart and made himself an irreplaceable part of my life. It turns out Kalvin didn’t need help finding his forever home. He found it himself — with me. 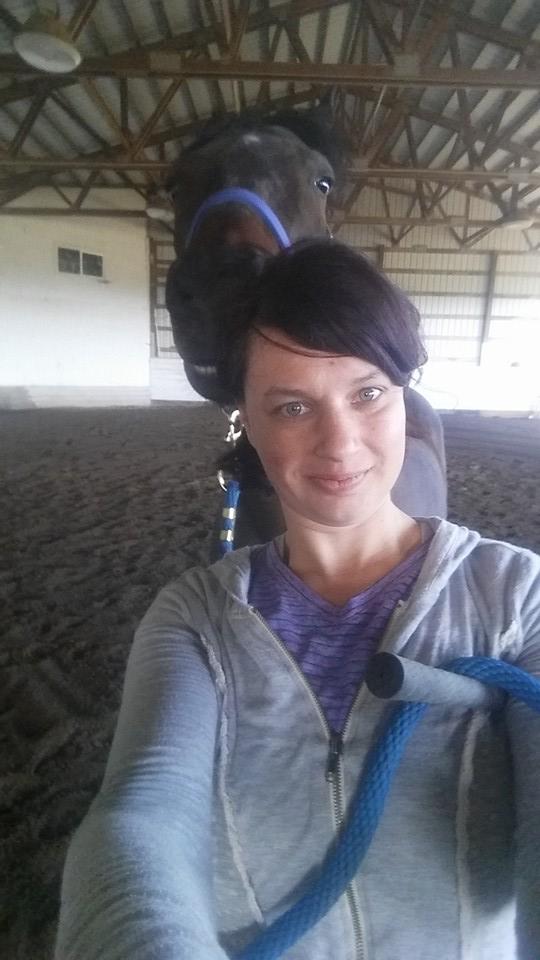 My curmudgeon with a heart of gold. Photo by Biz Stamm.