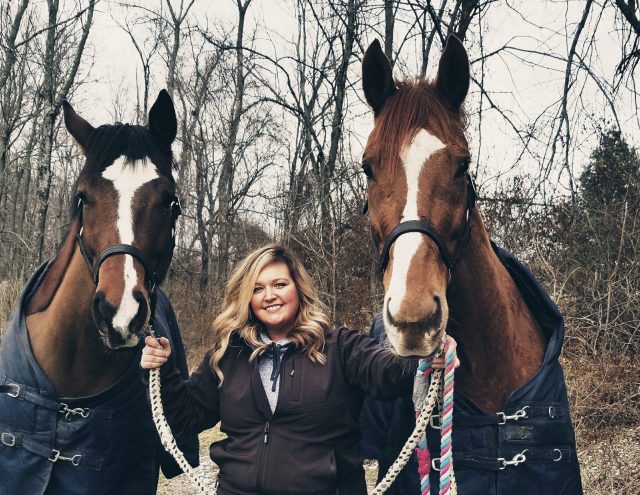 “I feel like my purpose is to be there catching all the moments I can for these horses I’ve rehomed, to be there cheering them on, helping however I can and being a part of the family I’ve created.”

Since its inception in 2013, the Retired Racehorse Project’s Thoroughbred Makeover has helped bring awareness to the versatility of the off the track Thoroughbreds (OTTB) in secondary careers. Each year, the number of applications for participation have grown immensely, an exciting development not only for the Retired Racehorse Project (RRP) but also for those who are passionate about finding OTTBs second careers — such as Amy Lynn Paulus.

With each Makeover that passes, the number of entries with horses rehomed by Amy grows in size. We caught up with Amy to hear how the Thoroughbred Makeover has impacted the industry and what makes her so passionate about the Thoroughbreds.

With a family history on the racetrack, Amy was destined to have a heart for the industry. At the tender age of two years old, Amy rode her first OTTB and she was hooked on the breed. “I officially rehomed my first OTTB that I retrained at the age of thirteen,” she mentioned. “And I have been rehoming them ever since!” 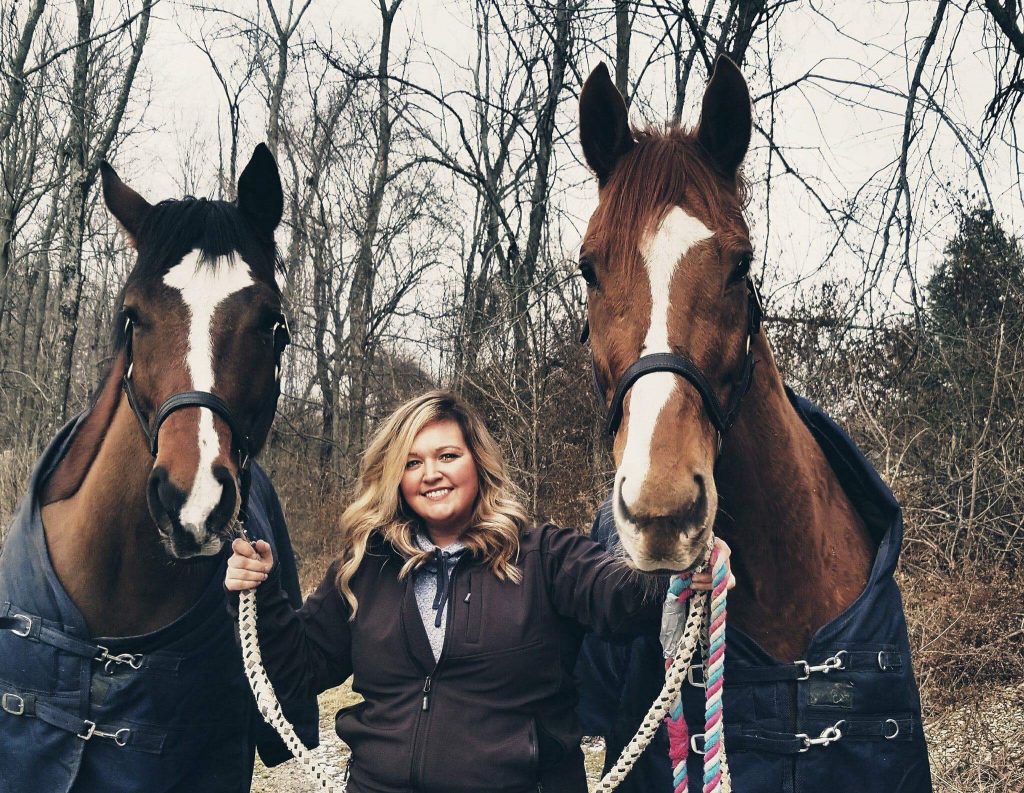 Amy with two of the OTTBs at her facility. Provided by Amy Lynn Paulus

What started as a side gig for fun developed into a demanding career over time. Amy has rehomed thousands of horses into new careers and has no intention of stopping any time soon. “My goal for last year was to total a horse a day by the end of the year; that goal was far exceeded rehoming over five hundred horses,” she revealed. “I’ve decided to push myself and give myself a goal of almost double and I’d like to single-handedly rehome eight hundred this year.”

As someone who has purchased not one, but two “Paulus ponies,” the driving factor for me behind buying from Amy was her years of experience, close relation to each horse’s track connections, and passion for the breed. Her understanding of each horse helps her place them in new homes where they will be successful and several of her graduates have gone on to bigger and better careers. 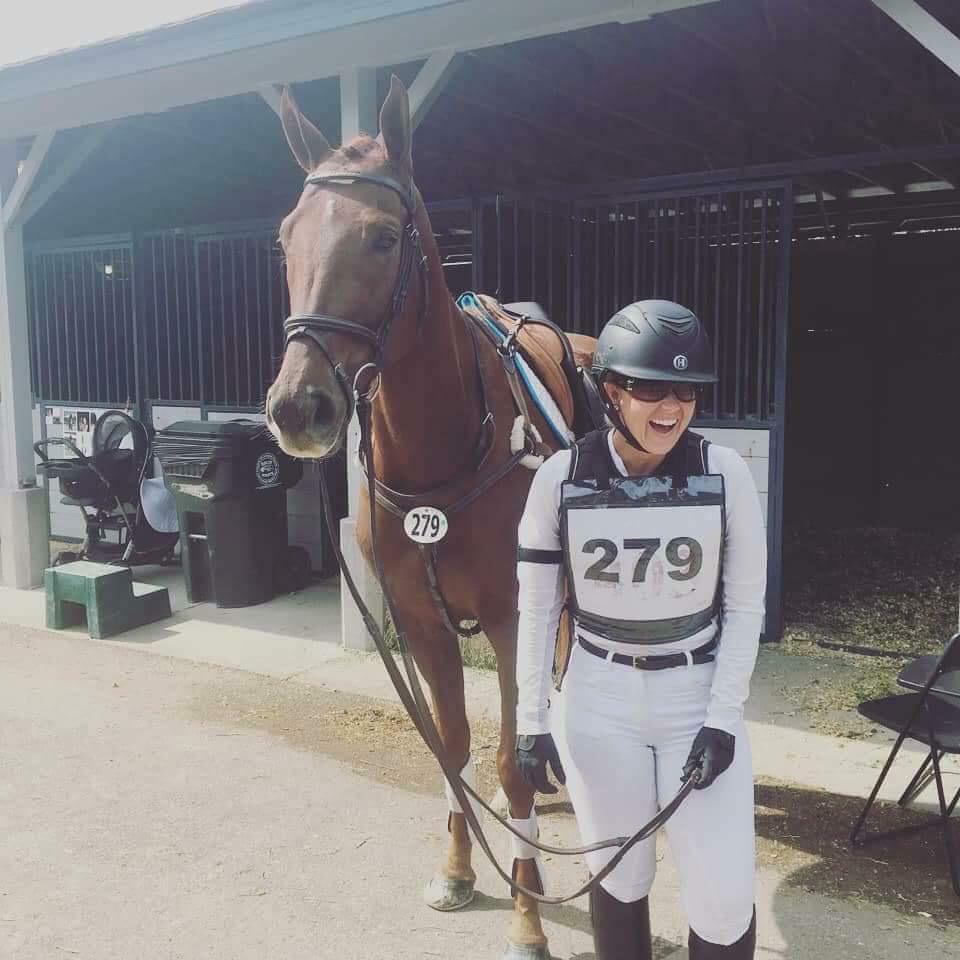 “The great thing with what I do is I get to see a wide variety of disciplines and horses that I know excelling in them. I’ve had several horses make it to American Eventing Championships, jumpers go south to Florida for the winter show circuit, barrel horses clocking right outside of 1D times, Huntmaster horses, great working ranch ponies, and polo horses competing successfully in Wellington all within a year of them coming off the track. These horses are so smart and their work ethic and willingness to learn is amazing.”

Amy acknowledges that a great place for these horses to get their start is at the Thoroughbred Makeover. “The Makeover has opened up a door for these OTTBs that would have never existed. The Makeover is filled with both knowledge and experience, being one of the only places where amateurs can show against professionals on a level playing field in an atmosphere that feels like a rated show while also feeling like a family,” she shared. “The RRP puts so much work into not only the show itself but also sharing the education needed for buying an OTTB, and they try to put everyone on the right path and set riders and potential buyers up for success.” 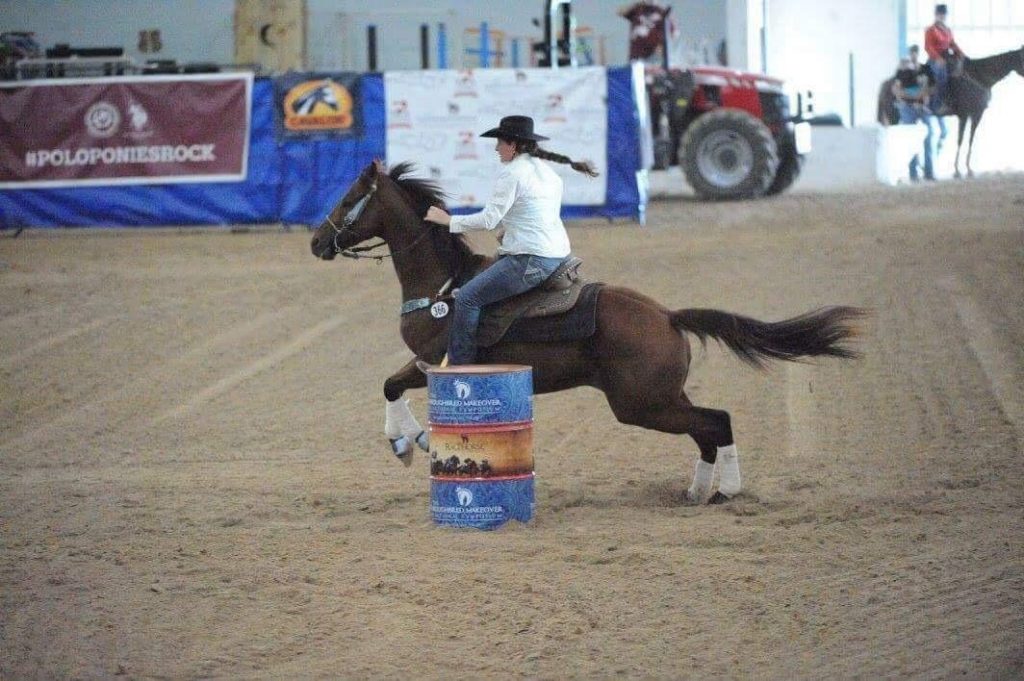 Each year, horses rehomed through Amy make up the largest number of entries placed by one connection. Last year 35 trainers from all over the country got together to create Team RRPaulus, a group of trainers who purchased their Makeover mounts through Amy. This year, she anticipates an even larger turnout of RRPaulus riders. “So far we have 53 trainers accepted with horses purchased from me for 2018. There are still trainers looking for their RRP mounts so I am hoping I’m able to find at least a handful of those that are still looking their mount.”

But this career path isn’t just about the numbers for Amy. “Seeing breeders, owner, trainers, grooms, and jockeys happy about horses they have been affiliated with makes me happy and makes me feel like I am truly making a difference for these horses’ lives after racing.” Often, those race connections make the trek to the Kentucky Horse Park to watch their former racers excel in their new homes and at new careers. “Those who can’t make it always are so thankful and happy to get pictures or videos I take for them and at the end of the day I believe they’re the horse’s biggest fan.” 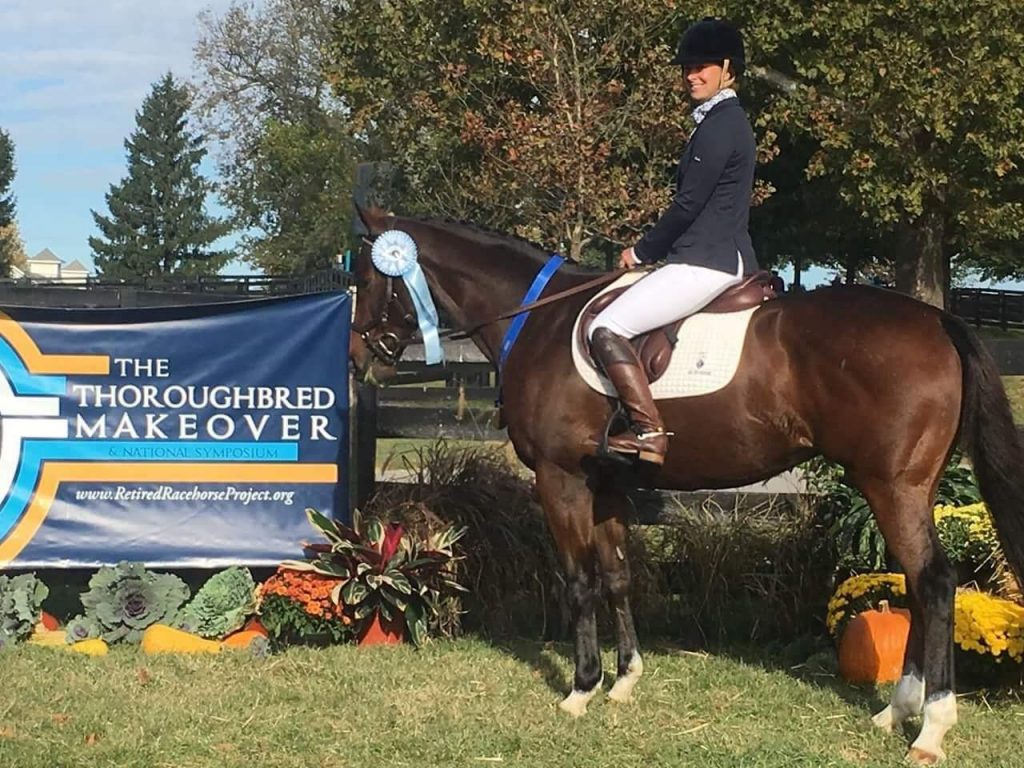 When asked if she would ever step into the ring as a competitor, Amy gave this humble reply: “I can’t say if I’ll ever make an appearance competing, though this year I debated entering because it would be such a fun experience. Over the years I’ve been able to schedule, multitask and find a balance so I’m able to get back in the saddle and continue doing what I love. But, I feel like my purpose at the RRP is to be there catching all the moments I can for these horses I’ve rehomed, to be there cheering them on, helping however I can and being a part of the family I’ve created.”