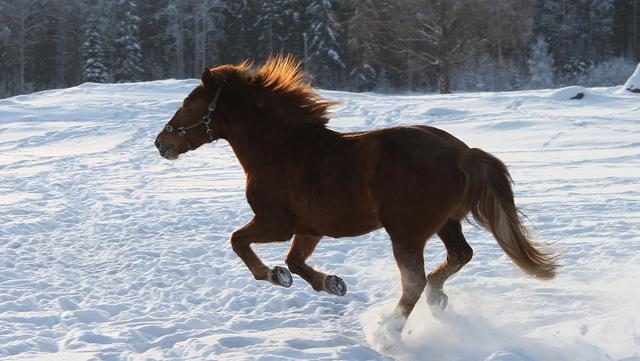 FINE, we’ll stick to the Summer Games. See you in Tokyo. 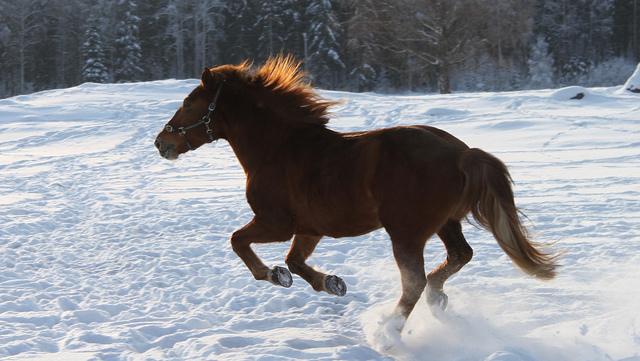 True story: in college, one of my professors kindly requested that I start writing about topics other than horses. I realized then that all horse people are the same: we can find a way to bring horses into just about everything, no matter the original subject matter (or in this case, writing prompt).

That said, there are a few places that we’ve finally realized horses do not belong. And after the Winter Olympic Committee rejected all of these ideas, we’ve come to terms with the fact that we will not be headed to Pyeongchang this week.

(Legitimate question though: who do we talk to in order to get skijoring added as a winter Olympic sport?)

Sort of a combination of the classic sport of dressage and rodeo’s saddle bronc: competitors are awarded points based on accuracy of maneuver and style in airs above the ground when jacked-up elite-fit warmbloods are exposed to cold temperatures with a lot of people watching.

Inspired by speed-skating, competitors race around the arena course at a dead bolting run triggered by ice and snow sliding off the roof in one large, terrifying mass.

Not in the traditional sense on actual skates, but a freestyle version taking place in the moments before you’re able to pick the snow balls out of hooves during turn-in but are still trying to handle a horse who is eager to get inside. A judged event.

Performed by a horse and handler pair when the handler attempts to lunge a horse who has been stall-bound due to unfavorable winter weather conditions for turnout. Points shall be awarded to pairs who are able to come to a complete stop without the handler letting go of the lunge line or eating a faceful of arena dirt.

When competitors slip and fall on the ice while carrying feed, the winner shall be determined by whose pails or pans travel the furthest from the point of impact.

Well, we won’t be there in person, but we’re with Team USA in spirit for the winter Olympics. Go USA! And go riding.