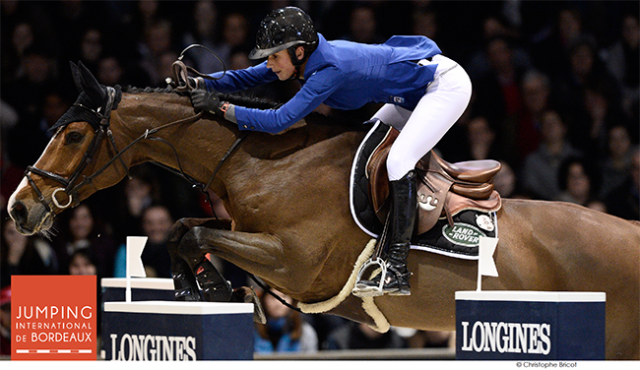 While the FEI Longines World Cup Grand Prix of Zurich was won last Sunday by a relatively unknown young woman – the 27-year-old Stephanie Holmen of Sweden – will this weekend’s Bordeaux leg still stay the private turf of men? Bordeaux remains, with the Olympics, the only major event not yet won by a woman in its forty year history.

Yet in all major national federations, women constitute between 70 – 90 % of the registered riders. But the closer we get to the international level, the more this proportion tends to be reversed: currently there are no women in the world’s top 10 and only 10% constitute the top 30.

However, women have managed on several occasions to win at the highest level: they have been European champions twice, World champion once, and winners of the World Cup seven times in forty years. Three of those World Cup wins came from Meredith Michaels-Beerbaum, who is also the only woman to be the ranked world #1 on the FEI global rankings. Women have laid claim to every Grand Prix in the world at least once – except the Bordeaux’s World Cup.

No European female rider in the final?

This remains the eternal question: will the Bordeaux stronghold give a way this year to the female push? This year, only five women, out of forty qualified, will be at the start of the Jumping International Bordeaux. The game is not going to be easy for these ladies.

The best candidate may be Australian Edwina Tops-Alexander who finished 2017 on a victory (La Coruña) and a second place World Cup Grand Prix in London. Currently third in the European League’s ranking, she is the only female rider so far qualified for the Parisian FEI World Cup Final in April.

As of today, no European woman is qualified for Paris, and the closest possible candidate – Stephanie Holmen of Sweden who currently sits in 31st with her twenty-point victory in Zurich – will not be competing in Bordeaux. They chose instead to send Irma Karlsson, who has no points accumulated and mathematically cannot qualify for the final.

Will Pénélope Leprévost do it?

With ten points in the bag from previous World Cup events and a 49th place ranking, France’s own Pénélope Leprévost might be the best chance at not only a female World Cup Win, but also Europe’s best chance at qualifying a woman. Pénélope Leprévost is generally very successful in Bordeaux where she has already won a Land Rover for her overall performance, and that home crowd advantage certainly couldn’t hurt.

Things get underway in Bordeaux first thing tomorrow morning – in the wee hours for those of us on the other side of the pond. The FEI World Cup Jumping will take place on Saturday, February 23rd at 2:30pm EST (8:30pm local time), and you can watch all the action and replays on FEI TV with a subscription.