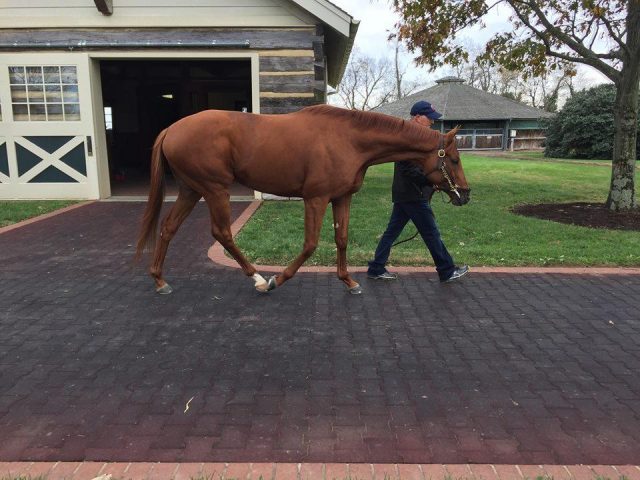 In which a horse becomes a legend. 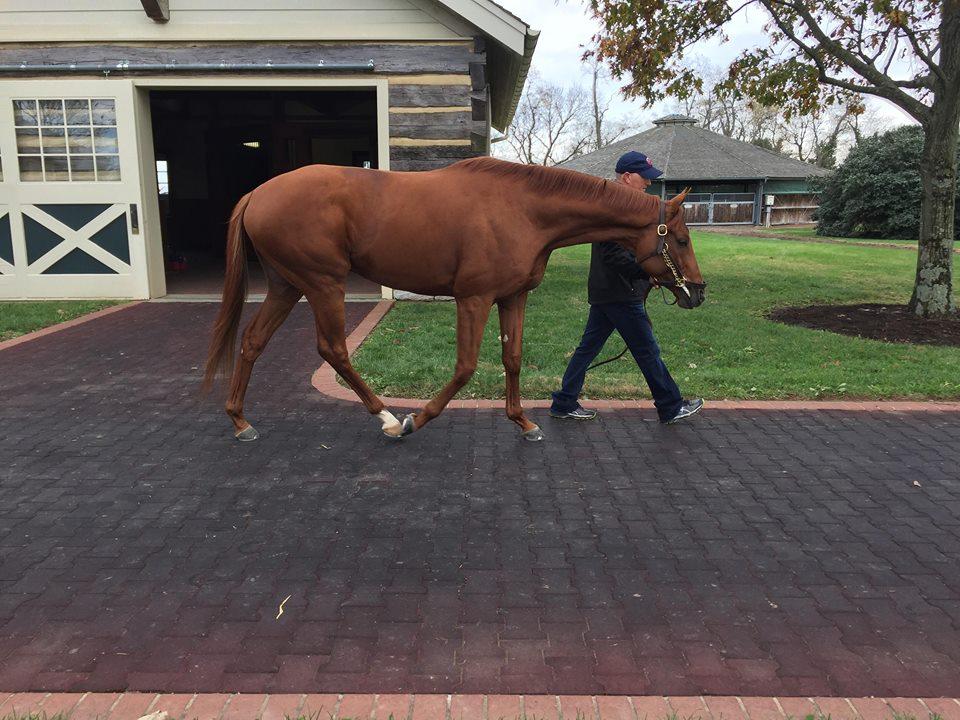 In the same way that riders can name that one horse who grabbed them by the heart and the soul and ensured they would be a horse lover for life, hook, line and sinker, many horse racing fans can name the racehorse who did the same, capturing and captivating their attention, becoming “theirs,” the horse that made sure you were a fan for life.

For me, that horse is Gun Runner.

I’ve been a racing fan for a long time — yes, I still get the chills when I watch Secretariat’s Belmont Stakes, and I re-read Laura Hillenbrand’s incredible Seabiscuit almost annually. I cheered (and maybe blinked away a tear or two) when American Pharoah achieved the impossible. But the horse who captured me with his class, athleticism and indescribable presence was Gun Runner.

It started in his three-year-old season, when a highly-qualified Gun Runner managed to work his way through the crush of horses that is the Kentucky Derby to finish a game third behind Nyquist and Exaggerator. He continued to grind his way through the summer stakes, always just slightly overshadowed by someone a little flashier: Arrogate in the Travers, Connect in the Pennsylvania Derby, Tamarkuz in the Breeders’ Cup Dirt Mile.

The story could have ended there, with Gun Runner likely retiring like so many three-year-olds to stand at stud. But his connections — Winchell Thoroughbreds and Three Chimneys Farm, with trainer Steve Asmussen — kept him in training, eyes on bigger prizes. Horses are still growing and maturing at age four, after all.

And bigger prizes indeed: Gun Runner headed to Dubai for the World Cup, squaring off against some of the best in the world — including, of course, Arrogate, who overcame an abysmal start to challenge Gun Runner for the lead in the homestretch. Arrogate went into history with one of the most impressive Dubai World Cup performances of all time, and Gun Runner was second fiddle again.

But whereas the grueling trip to Dubai was blamed for Arrogate’s subsequent “fizzling out” on the track, Gun Runner came back stronger than ever — despite having made the exact same trip, the exact same thousands of miles of flight and quarantine and time change back and forth across the world. He took home the Stephen Foster, the Whitney and the Woodward, apparently only getting better and better with each start.

In the Breeders’ Cup Classic, he left no doubt, finally conquering Arrogate and all the rest of them. I will always remember standing at the alley as the horses went to post, watching the field of some of the greatest horses in the world jigging and sweating with the pressure of the crowd. Gun Runner simply walked, his ears and eyes focused forward, looking for all the world like a master knowing the task at hand.

Back to work today at home but reliving the moment this piece of perfection strode past en route to claiming the Classic victory he so deserved. Every racing fan can trace their love to one horse who captured their imagination fully…for me, that horse is Gun Runner.

A post shared by Kristen Kovatch Bentley (@thehorsebackwriter) on Nov 8, 2017 at 1:52pm PST

And even then, crowned a champion, the story still wasn’t over. He would make one more start in the 2018 Pegasus World Cup, the world’s richest horse race, competing for the lion’s share of the $16 million purse to cement his place in history.

This was, perhaps, the perfect weekend for Gun Runner. It began on Thursday night, January 25, when Gun Runner was named 2017 Champion Older Dirt Male as well as the true distinction of 2017 Horse of the Year.

It continued on Saturday, January 27, when Gun Runner, at age five, repelled a challenge from a very game West Coast to win the Pegasus World Cup.

#GunRunner closes his great career with a win in the 2018 Pegasus World Cup Invitational at Gulfstream Park over a game West Coast!xbtv.com is your home for the most extensive daily analysis, interviews & workouts in the industry!

And it continued on Sunday, January 28, when Gun Runner stepped off the trailer and onto the grounds of Three Chimneys Farm, where he will stand at stud.

Gun Runner, thank you for taking us on your wild ride. Thank you for the memories. And happy, healthy retirement to you as well.