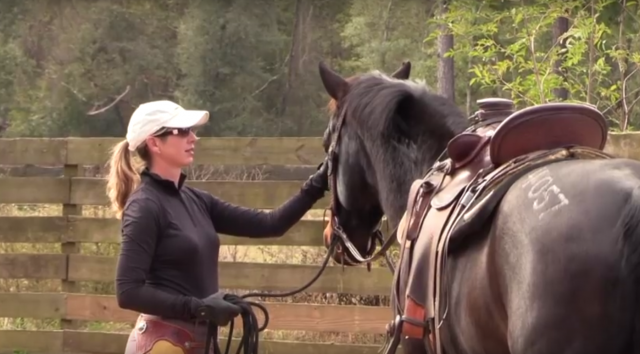 A country song telling the true story of how a three-strikes mustang became a dressage champion, with a music video starring the actual horse and trainer themselves? YES PLEASE!

As someone who is attempting to bring a mustang up the levels in dressage, one of my biggest inspirations is Marsha Hartford-Sapp and her mustang Cobra. After being returned to the BLM three times, he was deemed unadoptable: a three-strikes horse. In 2010 Marsha selected Cobra as her Extreme Mustang Makeover horse after seeing a 15-second video of his lovely, uphill movement.

Cobra turned out to be a dressage natural, winning Adequan/USDF All-Breed Award Reserve Champion title for First Level in his first year of competition. He has gone on to achieve great things as a dressage horse, most notably 2015 all-breed champion for Prix St. George. 2015 was also the year he discovered western dressage and earned western dressage champion for level 1 freestyle and level 1 test 1.

Cobra’s story inspired country artist Peter Prince to write a song telling the tale of how this unlikely horse went from wild to world champion. If this song and the accompanying music video doesn’t give you the feels, you’re a monster.