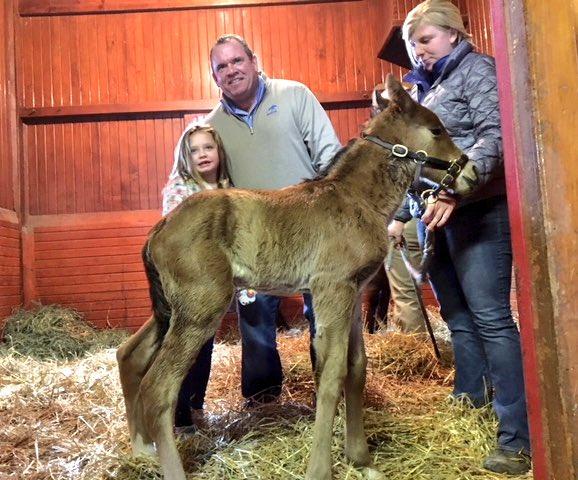 #CaliforniaChrome is officially a Daddy! Our friends at @CalumetFarm had the first foal from the 2x Horse of The Year last night. It’s a big colt out of Pay The Man! We will issue an official press release shortly, followed by more photos tomorrow! Congrats to all connections pic.twitter.com/dqEHohqlCT

Chromies all over the world, the firstborn son has arrived!

Taylor Made Farm reported over the weekend that the first foal sired by two-time Horse of the Year and beloved fan favorite California Chrome had arrived at Calumet Farm. The colt’s arrival heralds a new chapter for California Chrome, already a storied horse with an international racing career earning $14,752,650 — at the time, the North American record for highest earnings. “Chrome” reportedly covered 145 mares in 2017, his first season at stud.

This colt is out of Pay The Man, the highest-earning Ohio-bred filly in racing history; Pay The Man was a warhorse on the track with 76 starts over nine seasons and over a million in earnings. The California Chrome colt is her third foal.

Best of luck to you, little guy! We hope you have a distinguished career ahead of you. California Chrome fans, keep an eye on social media for more Chrome foal reports!