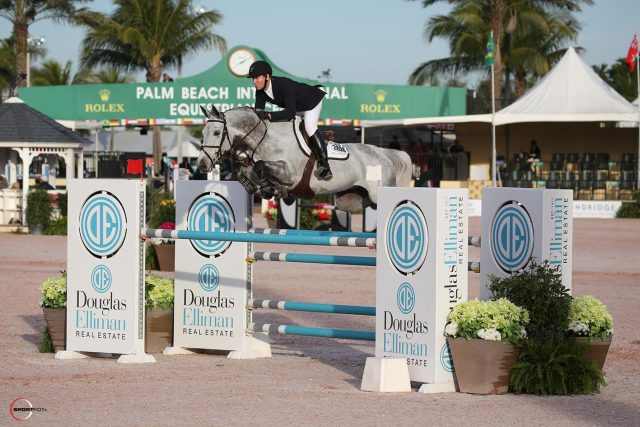 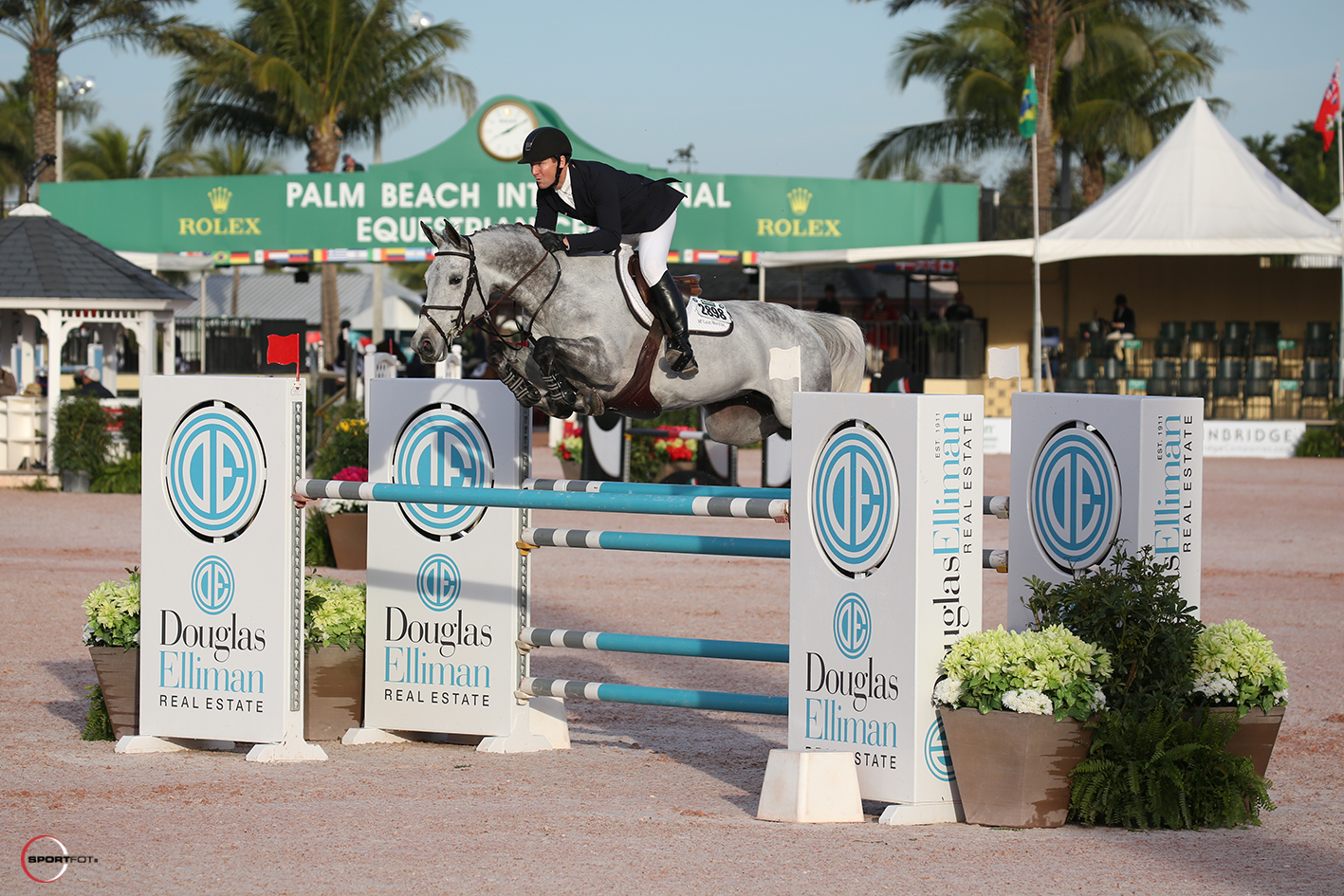 We may see our occasional legit heiress princesses bashing around the FEI show jumping ranks, but insiders all like to think that the real heir to the show jumping throne is McLain Ward’s adorable daughter, Lilly. Turns out that while she may have awhile to go before she’s ready for her first CSI 1*, the little lady is already enjoying the glory thanks to her good eye for horse flesh.

After winning the $8,000 Douglas Elliman Real Estate 1.45m Jumpers in week one and week two of WEF aboard the same horse, McLain revealed that his daughter, Lilly, is the real part owner of his stunning mare, Bellefleur PS Z. She co-owns the horse with McLain’s godmother, Susan Heller.

“Well actually, Lilly owns her with [Susan],” he said. “The deal was Lilly had to be my owner so that I wouldn’t sell her. She’s a phenomenal mare. She’s super careful, brave, really game, and she’s stepping up the levels nicely.

“She’s kind of suited to everything,” continued Ward. “She’s naturally fast, and she’s very careful. It’ll be interesting to see how far she goes because she’s very game and everything we ask her to do, she seems to do really well.”

Ward plans to keep building up eight-year-old mare’s experience, with the goal of competing in the 1.50m classes. He’s been bringing the mare up the ranks himself the past two years, and definitely sees potential based on those years of effort.

“It was a nice galloping course which was nice for the opening day,” said Ward. “I thought she handled it really well. They had difficult double verticals at the end, which probably last season would have been a challenge for her, but she handled it beautifully today.”

There were nine clear rounds in the class, making the win no small feat, particularly with Laura Chapot nipping at their heels aboard Chandon Blue, with whom she took second and Out of Ireland, who came in third. The speed class was designed by Oscar Soberon of Mexico.

The second week of competition at WEF continues on Thursday, January 18, with the $35,000 Equinimity WEF Challenge Cup Round 2 and the Equine Tack & Nutritionals Green Hunter 3’9” in the E.R. Mische Grand Hunter Field.

EXHIBITOR ALERT: Due to the expected cold temperatures and wind chill of 34 degrees on Wednesday night into Thursday morning, the start time of all competition arenas, with the exception of the International Arena, on Thursday, January 18, will be 8:30 a.m. The International Arena will start at 9 a.m. with the $8,000 Douglas Elliman Real Estate 1.45m Jumpers. The $35,000 Equinimity WEF Challenge Cup Round 2 will start at 12:30 p.m.