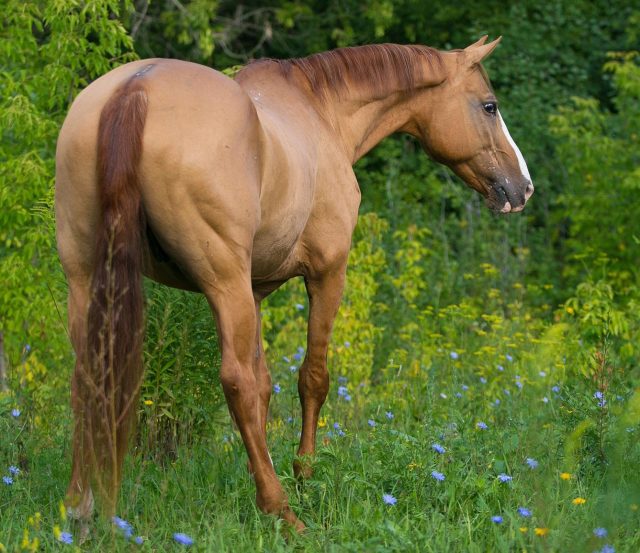 There are a ton of factors that can influence the appearance of a horse’s coat color in his lifetime — even though his genes never change. This excerpt from Vera Kurskaya’s ‘Horse Color Explored’ explains. 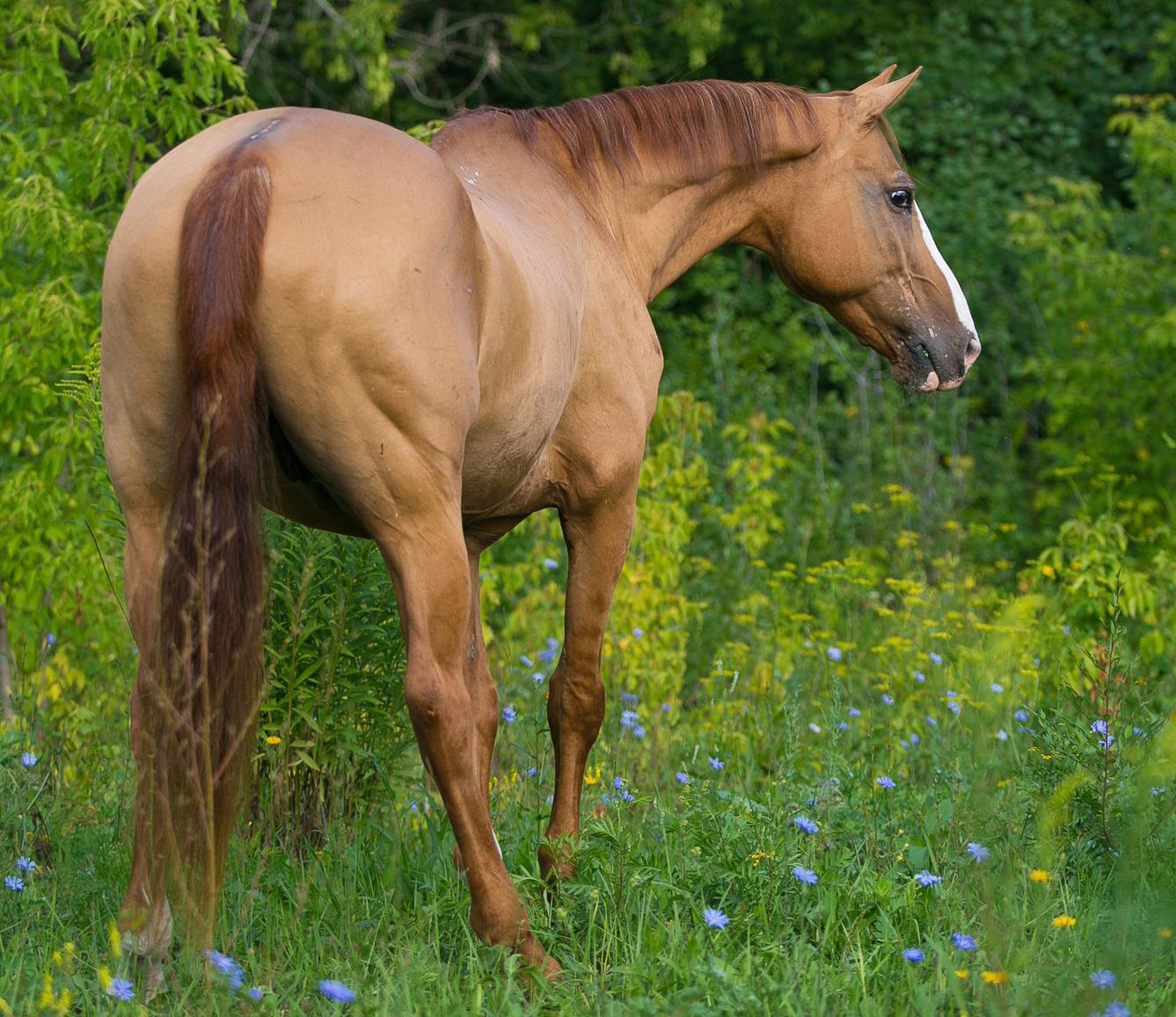 The color of a horse is exposed to changes of a varying degree during the animal’s lifetime. Sometimes you hear about surprising cases of color change in a horse, with one color specified in breed registration or veterinary documents, which some years later cannot be recognized. However, hair color has a genetic basis and cannot fundamentally change in the same individual. That said, the color phenotype and hair’s appearance can change.

Age-dependent color change, especially from foal to adult, is a relevant issue for horse breeders. Many owners try to determine the color of a horse when the animal is very young, but it is actually important not to hurry with such definition.

That said, even an approximate knowledge of the typical changes of color as an equine ages can help with initial registration of foals and also in disputable cases of animal identification.

Foals, as a rule, are born quite pale, sometimes with light eyes and almost pink skin. Throughout this book I have mentioned common variations in foal colors. For example: Chestnut foals sometimes need nearly a month for pigmentation of skin and iris to develop. Bay foals usually have so little black hair on the legs that their body is often perceived to be a single color. Seal brown foals are born similar to bay only with darker legs and don’t develop their characteristic color until after shedding their baby coat. Smoky black foals are ashy, frequently with a yellowish or beige shade, and even regular black foals have an ashy and usually light color to the hair coat.

In general, pale body color in a foal is a natural protective mechanism, camouflaging them from predators. The mane, tail, stomach, and the lower part of the legs are especially pale. Occasionally foals can have primitive markings—a dorsal stripe, zebra bars, “wings,” and also distinct stripes running down the sides, parallel to the ribs—even when they are not dun. This is very similar to the Tabby pattern in cats. This unusual occurrence is especially characteristic for foals that eventually become black, dun, or smoky black. The markings disappear after the baby coat is shed.

Young horses shed their baby coats around one year of age, which is followed by the manifestation of their “adult” color. Some colors are “completed” later — for example, as we’ve discussed, appaloosa, gray, and sabino spotting changes over time. In dominant black horses, color becomes rather stable in approximately two to three years. Foals shed, beginning around the eyes, then the muzzle, neck, and finally the entire body. During this time more blood flows to the skin, causing the animal to become weaker and more sensitive to cold.

The hair of an adult horse is darker because it is more saturated with pigment.

Exceptions are champagne colors, and also gray, in which a strengthened chromogenesis (pigment production) occurs in the foal and young horse, and then gradually weakens or stops. The true color of a horse can only be determined “easily” in foals from breeds that have a narrow range of colors (no more than four—bay, chestnut, black, and gray). However, even in such cases there can be mistakes. The most distinct changes from foal to adult are in horses that are dun, champagne, cream, silver, pearl, and gray. As for white markings, they can be quite large at birth and usually decrease in size with age. Dapples are not characteristic for foals.

On the other end of the age spectrum, change will again be noted as the horse becomes more senior. The hair of aging horses can lose its gloss and color saturation, and some develop gray hair, especially on the forehead and in the groin. Unlike genetically determined early graying, which precedes the formation of gray color, age graying usually begins after 25 years, although in some cases it is already occurring around 15 years of age.

Hair color depends also on climatic and weather conditions. In temperate climatic zones with considerable seasonal temperature changes, horses tend to show noticeable changes of color through the seasons (although it should be noted that you can also find horses that remain almost unchanged over the course of the year).

In winter in certain climates, equine hair becomes longer, rougher, thicker, and rises over the skin surface. It becomes dull and loses its gloss. As for color, it can become lighter or darker, depending on the specific animal. Some roan horses strongly darken in the winter, with their real color only visually identifiable in summer months. In fact, roan, dun, and grullo (among other colors determined by dilution genes) undergo the most noticeable changes during the year. Sometimes the mane, tail, lower part of the legs, nostrils, and groin can “brighten” so much in a certain season that correct color identification becomes almost impossible.

Taking into account seasonal fluctuations, the optimal time for determination of color is the beginning of summer, when the winter coat is shed but the horse has not yet been exposed to intense sun.

Swimming in seawater makes hair brighter, while sunshine, sweat, and sand fade it out. Also, an excessive use of shampoo can make the coat dull.

In general dull color in the horse is indicative of a health or diet problem. Various parasites or a lack of proper feed, for example, can cause anemia and general weakness, leading to a poor hair coat. 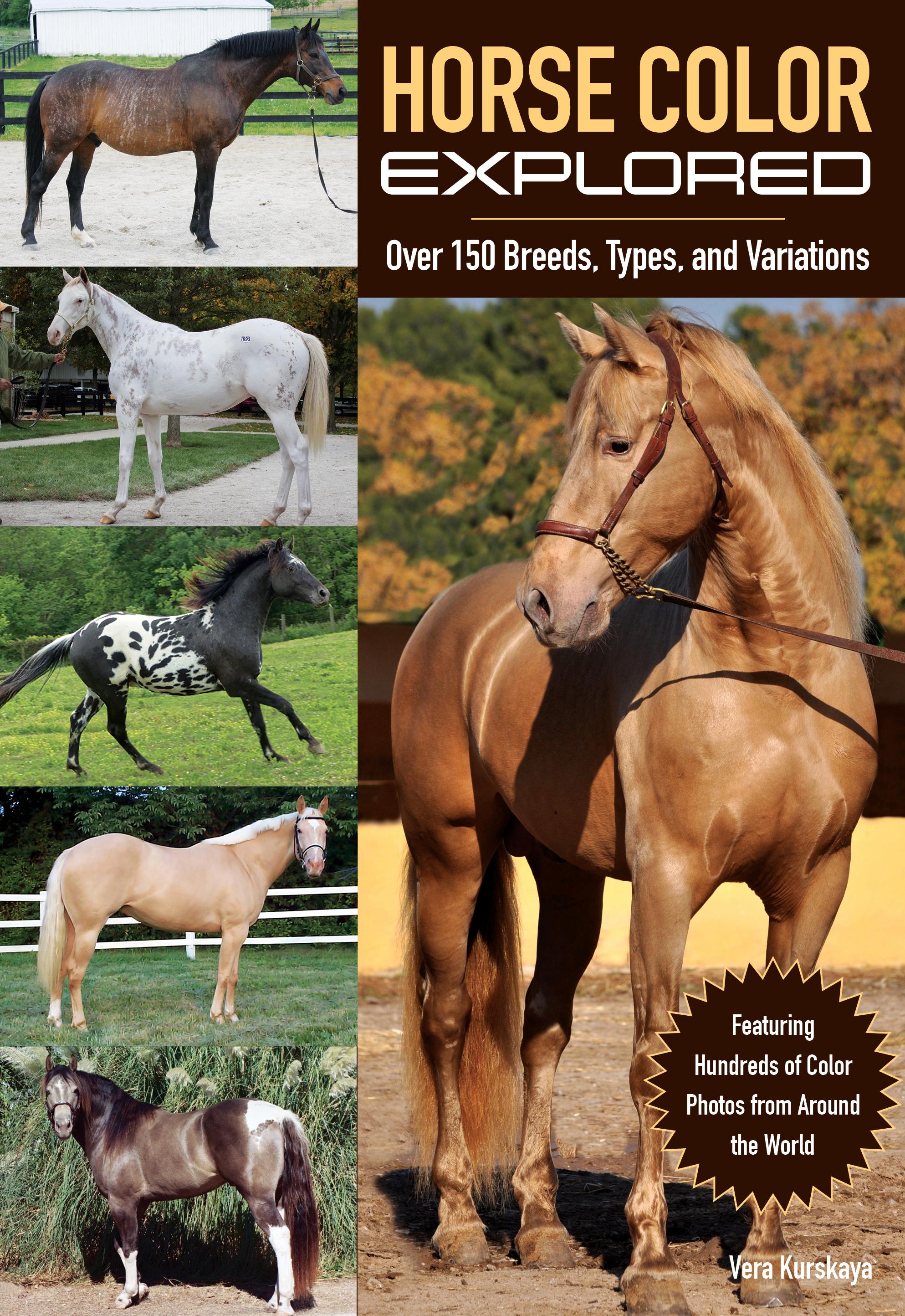