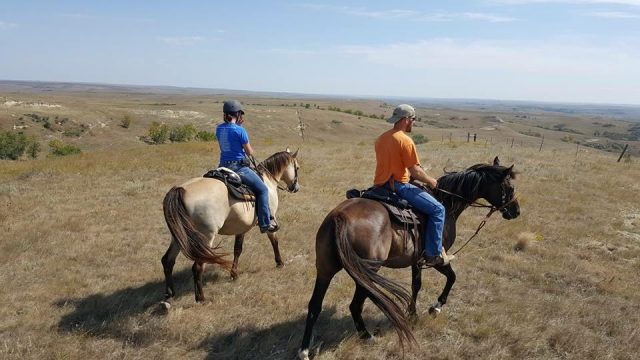 Grit, argues contributor Melanie laCour, is perhaps the most important quality possessed by equestrians: the ability to stay persistent and passionate and just keep plodding along. 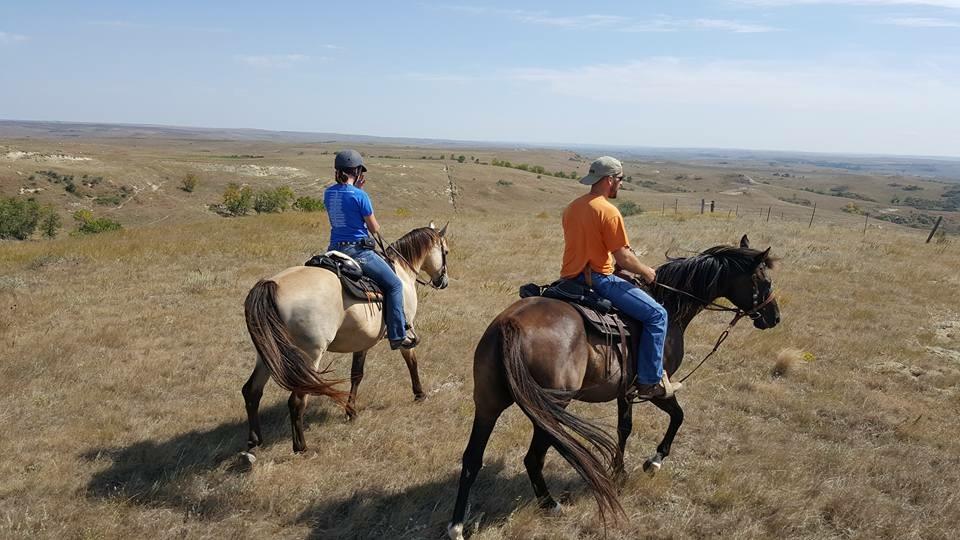 Recently I finished a book entitled Grit: The Power of Passion and Perseverance by Angela Duckworth. This book is a three-part summary of observations, studies and anecdotes on the subject of passionate perseverance and determination, or grit (as contrasted with simply natural talent). While I was reading, I could not help but connect the concepts described by the author with the experience of being a lifelong equestrian. This led me to ask: what is grit and why does it matters to equestrians?

Equestrians as a whole generally embody much of what is described in Grit. As a group we are fundamentally gritty at our cores because there really is no half-way in our sport: you either are or you aren’t. Either you have the bug or the interest fizzles in short order due to the very nature of the activity. That is to say, riding is a sport that is at the same time extremely expensive, time consuming, dangerous and intimidating.

Riding is not like jogging, tennis or golf. Not to detract from those pastimes, but it can be argued that once you learn the fundamentals one can step away and come back with relative ease — not to mention running shoes, golf clubs and tennis rackets are not difficult to store in the meantime and won’t then buck you off after sitting idle for a few months. Riding is, for the most part, not something one can casually pick up and dabble in from time to time. The initial investment of time, effort and money just to be able to stay upright in the saddle begets a weeding-out process leaving only those who desire the long haul. You either ride or you don’t.

In her book, Duckworth defines the concept of grit as passion plus perseverance. She further breaks this down by defining passion as consistency over time. So, to be gritty one must dedicate themselves to an interest for the long run and persevere at the chosen undertaking. In learning to master their craft, what matters to the gritty is the “never give up attitude,” not the sheer talent they may possess. In an example from the book, the author refers to Charles Darwin, noting that he self-identified as not the most talented – as he (surprisingly) did not possess supernatural intelligence – but that his success was rather due to his nature as a “plodder” with a “steady and ardent” love of science.

In a sense we are all plodders, we equestrians, rather than the inherently talented. Admittedly some folks may pick up certain aspects faster than others – some may even be called  “naturals.” However, in our sport, whatever the chosen discipline, there is an additional variable: the horse, a lumbering, occasionally obstinate dance partner upon whose whims we are entirely dependent. There really can be no prodigies in the equestrian arena, only steady plodders. We cannot acquire skills faster than our mounts do; we are entirely dependent on their learning and their learning is dependent on our determination and dedication to educate them effectively. Our success is 100% tied to our ability to teach them to do what we desire, and that takes perseverance and consistency over time. With a hobby derived solely from communicating your desires while perched on the back of a sentient being that does not speak your language, requesting that they kindly do things they would not normally have any inclination to do, equestrians rely entirely on grit to get the job done.

The picture that comes to mind are the perpetual, repeated conversations we have with our horses, slowly conditioning them to understand what we are asking them to do by using our legs, hands, seat and voice. The hours and hours it takes to teach them to trust, stand patiently, yield to pressure, move off the leg, bend, lengthen and collect, all in order to turn that knowledge into a flying lead change, a counter canter, a balanced frame, a perfect distance, behaving for the farrier and bravery around the tractor/plastic bag/shrub/dog/shadow/rustling tree/small child/stump/rock/creek with the ultimate goal of the perfect trip, whether that be in the jumper, dressage or rodeo ring. To that end, one thing that I notice among our ranks is a ferocious, if quiet, determination – resilient and hardworking individuals with a deep sense of what they desire, individuals with determination and direction, which are both necessary parts of the passion/perseverance equation.

One really only need look as far as the universal idiom for tenacity, namely “if you fall off the horse, get right back on.” This saying extends far beyond the sphere of equestrian sport to apply to all aspects of life; if you fail or if there are bumps in the road, do not retreat or get discouraged — keep pushing. The fact that this saying is so broadly representative of determination leads me to believe that historically equestrians have always been a gritty bunch, and after reading this book and seeing how it applies to the sport to which I’ve dedicated over 25 years, my feelings are confirmed.

Duckworth quotes Nietzche in saying that great things are accomplished by “people whose thinking is active in one direction, who employ everything as material, who always zealously observe their own inner life and that of others, who perceive everywhere models and incentives, who never tire of combining together the means available to them.” She notes that geniuses are efficient workmen who construct parts properly before building a whole. And that, friends, is riding in a nutshell and the very foundation of being a dedicated horse person: taking parts, creating goals and mastering them to create a dazzling whole. 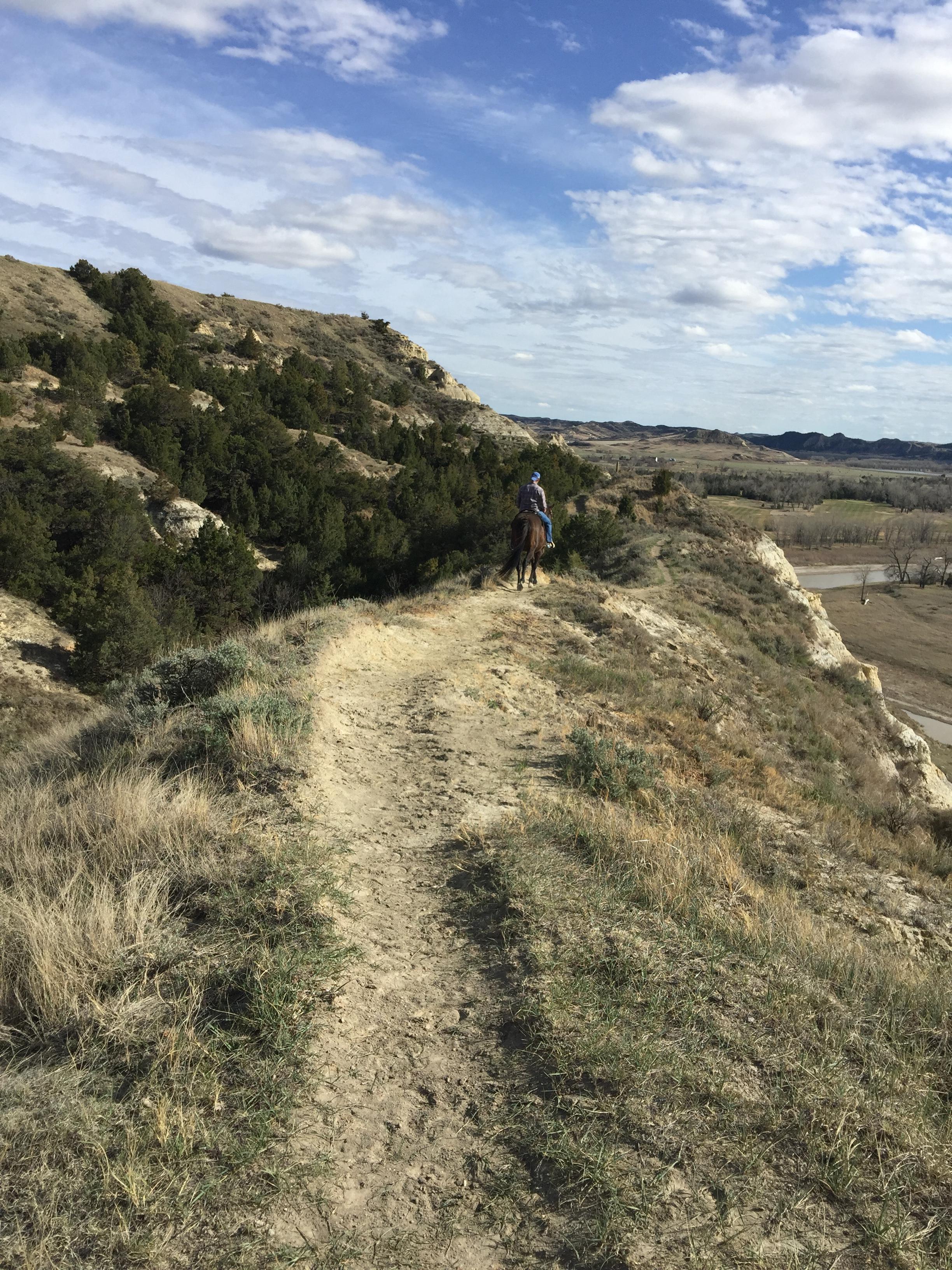 Melanie laCour lives on the prairie with her husband and multiple equine and canine charges. After training in hunter/jumpers since childhood, she has now added a western saddle and frequent trail riding to the mix.