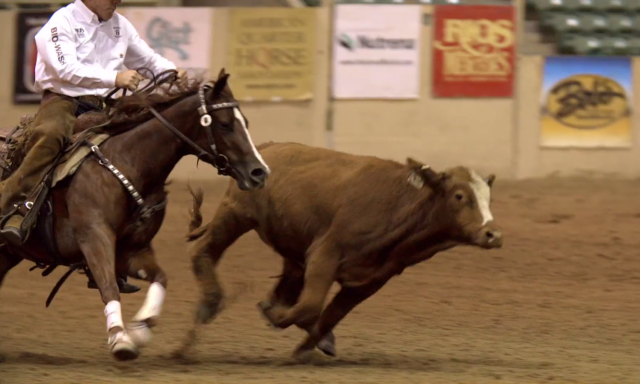 “I only cried five times, so I guess it’s pretty good.” Down the Fence, the documentary featuring the reined cow horse discipline, is now available on Netflix! Kristen Kovatch shares her review.

Explaining one’s discipline to onlookers — even onlookers within the equestrian world — can be a tricky business. In every discipline, from hunters to eventing to fine harness driving to reining, there are nuances and details that are difficult to explain, and few of us are up to the even more difficult task of explaining why we were attracted to that discipline in the first place.

While competing has taken a backseat to other goals in my horse life, reined cow horse was my discipline of choice for many years, and while it may appear to simply be chasing cattle in circles, there is of course much more going on than observers can possibly see: even for a naturally-gifted animal with cow sense, reined cow horse is a true triathlon involving three unique skill sets that calls on horse and rider to give everything they’ve got in grit, heart and courage. This is the world depicted in Down the Fence.

The documentary skillfully intertwines the individual stories of five professional trainers along with the history of reined cow horse, tracing what is now an arena discipline back to its roots in vaquero horsemanship and Spanish riding traditions. Down the Fence highlights the bygone traditions of reined cow horse and the living, evolving history of western horsemanship while thankfully avoiding getting bogged down in a “how the west was won” tale or the complicated landscape of modern ranching and the cowboy way of life. The documentary remains purely a look at the sport itself.

“Show, don’t tell” is a guiding mantra in creative writing, and the filmmakers heeded this advice in the documentary as well: through telling the stories of the five trainers — Brandon Buttars, Kelby Phillips, Erin Taormino, Jake Telford and Doug Williamson — I got a distinct impression of what makes each story unique and each individual relatable without assigning stereotypical roles (while some of these folks could probably be described as “underdogs,” “up and comers” or “old hands,” the film doesn’t ever apply these labels). There’s no antagonist; I wanted to root for everyone as the documentary follows the progression of the reined cow horse season through its five major shows, ending with the Snaffle Bit Futurity.

Peppered with interviews and conversations from not only the five featured trainers but a huge array of professionals and horsemen from the reined cow horse industry, I was moved by the real sense of camaraderie in reined cow horse: no one can make it alone. The segment in which horsemen spoke about the relationship and bond between horse and rider definitely had me reaching for the box of tissues — and there wasn’t a single moment of anthropomorphism or mysticism, just honest, open talk about why humans will always love horses.

Down the Fence isn’t a behind-the-scenes training doc or exposé, but it’s a beautiful piece of cinematography, a love letter to the discipline of reined cow horse. For me, it was a reminder of what made me fall in the love with the discipline in the first place and inspiration to look forward to returning to the show pen again soon. I’d love to hear the thoughts of a viewer who has never ridden reined cow horse before to see if the film hit all the same high notes, but I suspect that it will. 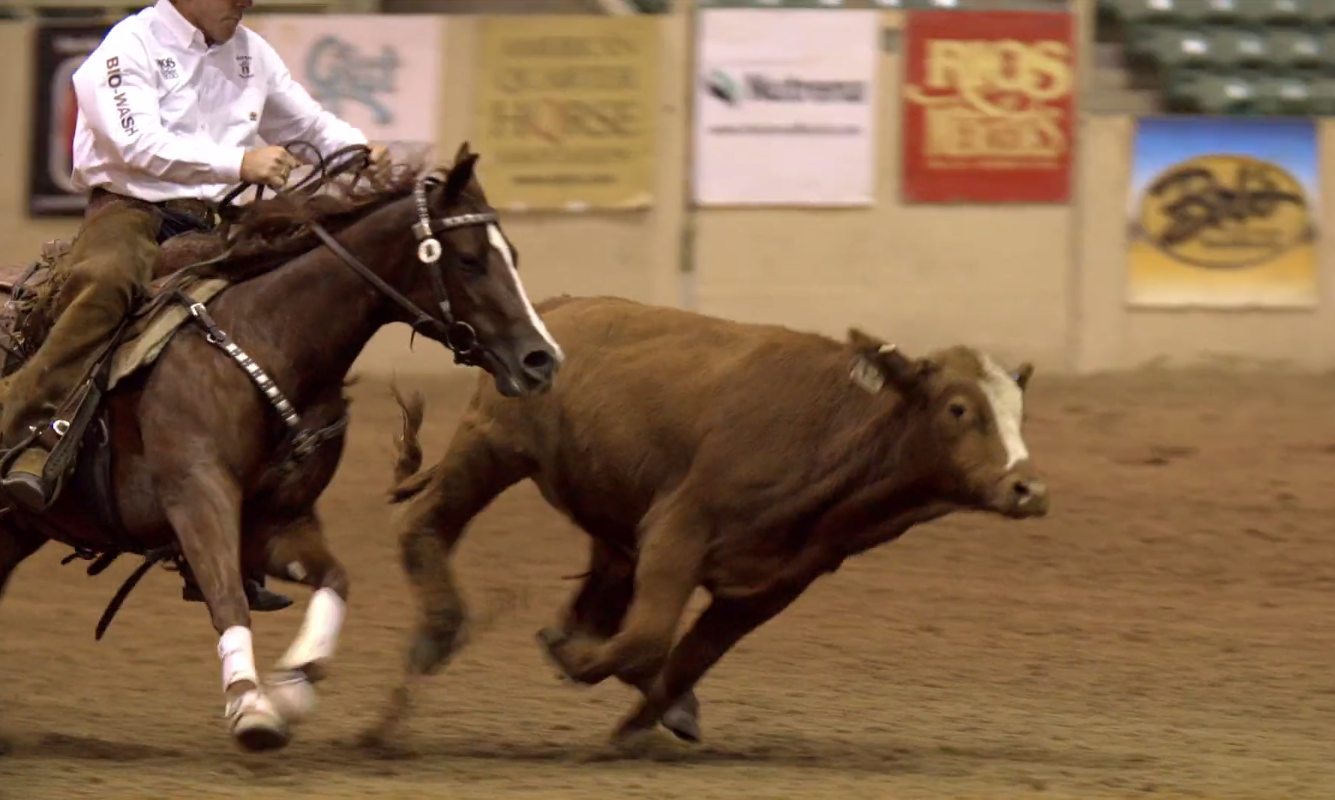 Down the Fence is brand-spanking new to Netflix to watch for free, but is also available for rent or purchase on DVD as well as a number of streaming services. Click here to view all options. Learn more about the film at the documentary’s website.