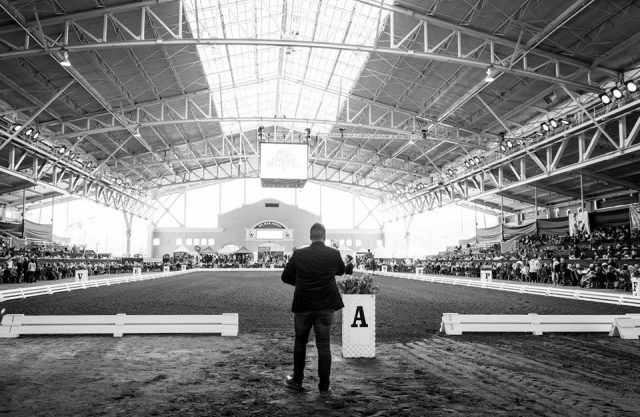 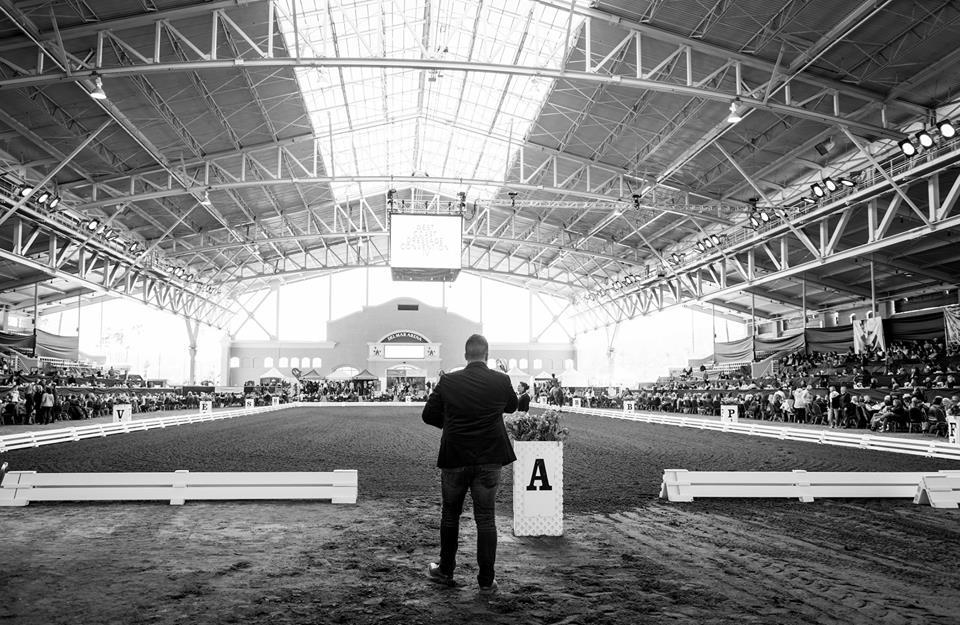 “Go big or go home.” Scott Hayes, entrepreneur and owner of equestrian event management SH Productions, has a vision for the future of horse sports and he’s making that vision happen.

Scott Hayes is revolutionizing equine event management on the west coast. Hayes has brought world-class events to the west coast, including clinic series with Charlotte Dujardin, Ingrid Klimke, Carl Hester, William Fox-Pitt, and others, as well as hosting dressage shows, the newest being the Adequan West Coast Dressage Festival.

“I would say that my vision is to continue to not only grow the competitors’ perception of the event and the competition, but to make it an educational experience and to grow the spectator aspect of the horse shows. I want to get everyone involved, even people who aren’t normally involved in horses. There’s a lot of opportunity to expand horse shows beyond being a standard horse show.”

Hayes saw an opening for a high-class event to bring elite competition to the west coast and he took it. The Adequan West Coast Dressage Festival is hosting four CDI competitions, a Masterclass series, musical freestyles and gala events every Saturday night. Spectators can also buy VIP tickets to sit ringside, mingle with Olympians, have table-side waiter service, wine options, and more.

“There was a large opening in the schedule of CDIs in Southern California and there’s a huge need for something on the west coast for dressage to get everyone involved and back in the spirit of competing and not having to travel somewhere else. We’re trying to give all the competitors a place to compete here at home.”

Hayes and his team have gone above and beyond to provide world-class amenities for the competitors and spectators. Brand-new Reiten Right Equestrian Footing has been installed at Galway Downs, Del Mar Fairgrounds is being leased during the show series to offer long-term stabling for competitors, competitors can compete at the first show before signing up for the Del Mar shows, VIP services are available for spectators, gala parties, raffles… the list goes on!

“It’s going to be a good show and it’s going to set the stage for the rest of the shows on the west coast. We’re adding so many things you wouldn’t expect—one of the things we just agreed on is digital scribing which is something new that we haven’t had too much out here on the west coast, so that will provide instant scores. We’re doing them for the CDI and National classes.”

Hayes was adamant about making this event educational for the spectators as well. The Masterclass series is bringing world-class professional riders in to teach every competition Saturday. The series is kicked off with Monty Roberts, “the man who speaks to horses,” followed by eventer Boyd Martin and top dressage riders Laura Graves, Helen Langehanenberg, and Charlotte Dujardin.

“One thing we wanted to add in was another level of education, because we want all of this to be about education, so we decided to add the Masterclass. We added the freestyle for that extra level of entertainment. People who aren’t dressage aficionados can still train their eye.”

Hayes wants this event to be for the competitors and spectators and hopes to bring in people that aren’t usually involved in horse sports, either. People can participate in social media competitions, shop at vendor booths, educate their dressage skills, win prizes, and have the opportunity to meet Olympians. Hayes has even made opportunities for those who cannot attend by implementing Facebook Live streaming for the Masterclasses and freestyles. 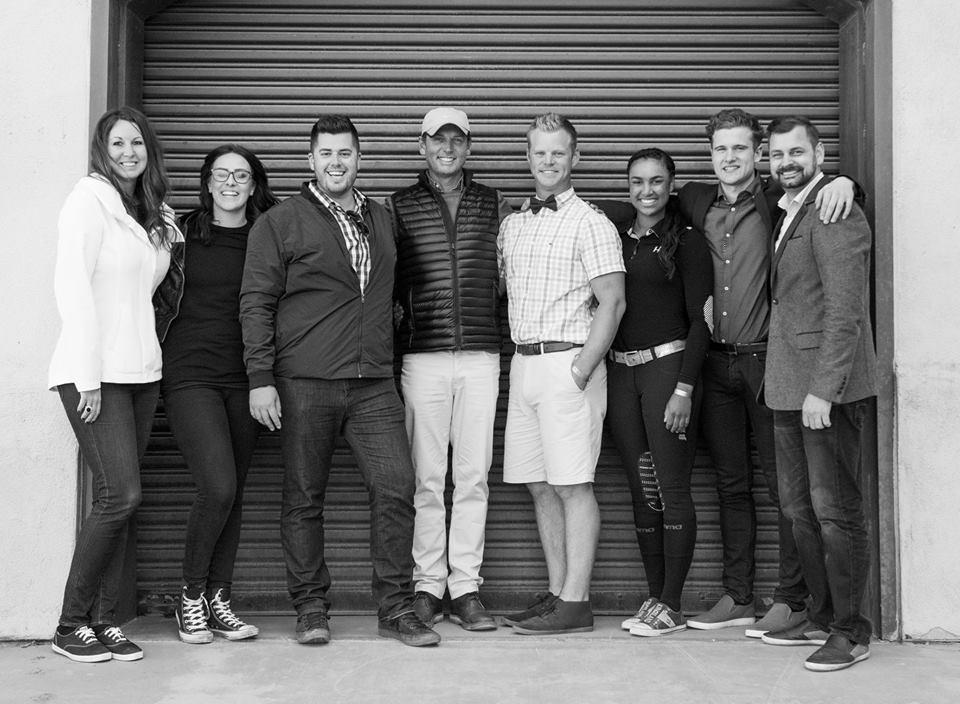 The work Hayes and his team have done to put this show on the map has worked. This show is a huge deal, and it’s the real deal. This is the debut of the Adequan West Coast Dressage Festival and Hayes’ “go big or go home” mentality is apparent!

“It’s going to be a close and intimate show even though we’re close to 200 horses already. We’re close to the largest first-time CDI show outside of Europe.”

It takes a village to make an event like this happen. Since the AWCDF is more than just a horse show, there are more details to be considered. The festival is using volunteers to help with handing out awards, running the gates, managing the warm-up ring, scribing for judges and more. There’s still opportunity to sign up as a volunteer for this event, too!

It seems obvious that planning an event at this scale would take a lot of planning, but Hayes emphasized the intense thought each person on his team has to put into this event to not only make it function, but to give the festival a desired appearance and level of class.

“I think if I could tell spectators, competitors, vendors, and so on about the amount of time that goes into every aspect of event planning it would be that there’s a lot of thought involved to make sure that every detail isn’t left unturned — like even how a parking pass looks or how stabling is assigned, even the experience when they arrive, the themes of the galas, it goes on. There’s also a team of nine to 12 of us that is working full time to make it possible. It’s not just me. There’s so much thought that happens for one show or clinic, we plan for 12 months just for one day. Since April this year, every minute of my day has been put into every aspect of the AWCDF as well as the clinics we’ve put on.”

Planning an event this large doesn’t come without its challenges. There’s the standard challenges — like when plans change last minute, or a whole day has to be rescheduled, or unexpected deadlines, but Hayes speaks about how this being a first-time event has presented unique challenges.

“Starting out, since this is the festival’s debut, the biggest challenge was getting participation level up and getting the public excited about it. It’s been in planning for so long but it was hard to get everyone to realize how awesome this is going to be. It was a challenge to get everyone to believe in a higher-level event on the west coast. We’re trying to bring a regional event up to an elite event. However, the closer we get, I can tell the energy level rising from everyone.”

Hayes’ favorite part of the AWCDF is the community that has supported them — from friends to sponsors and growing members of the public. “My favorite thing is the community behind it that has given us the most support and the excitement that people have shown! The hard work we put in early on, and continue to do, is eliminating the challenges we had at the beginning.” Every day the show is getting more recognition and more excitement is growing around it. His biggest challenge is being solved by his favorite part of the festival.

This show series will only continue to get better and grow year after year. Since this is the first year for the AWCDF, the team will learn, adjust, and make the show just that much better depending on spectator and competitor feedback. You might call Hayes and his team perfectionists, but that’s why Hayes is attracted to the sport of dressage.

“Dressage is about pursuing perfection, and everyone wants to invest in their education. The more you know, the better you can be in dressage and love the beauty of the sport.” 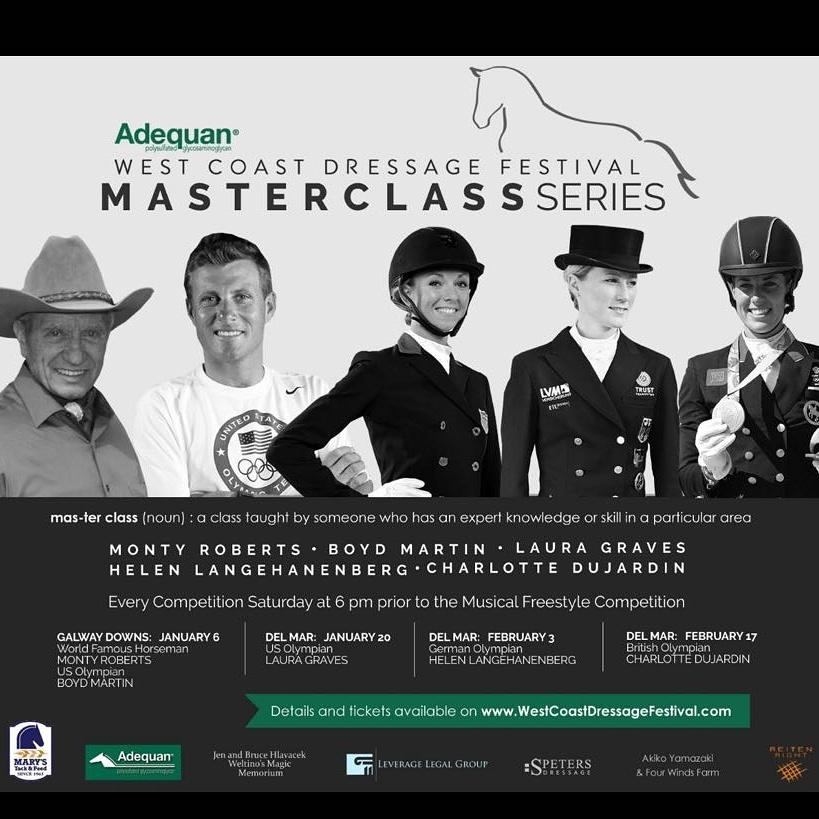 Scott Hayes’ vision of a bigger and better horse show future seems to be just within his grasp with the Adequan West Coast Dressage Festival. The first show of the four show series started on January 3rd! Be sure to tune into the Facebook Live streaming of the Masterclasses and musical freestyles every Saturday on the AWCDF Facebook page. The thought, detail, work, and planning Hayes and his team has put in over the past number of months is going to come together to present an elite dressage show for dressage and horse enthusiasts alike.

Claire Trafton is a junior consultant at Entrigue Consulting, a full-service equestrian marketing and brand agency. She has worked on multiple professional rider and equestrian brand accounts managing social media content creation and growth. Claire enjoys working with riders across all horse sports including dressage, jumpers and eventing, but in her spare time rides western from reining to pleasure. If you have any questions about social media, please contact Claire at [email protected]. 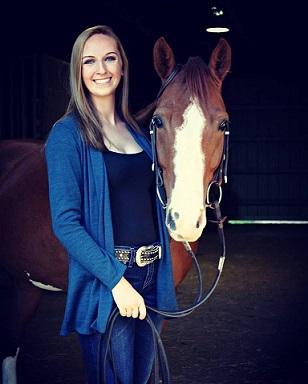