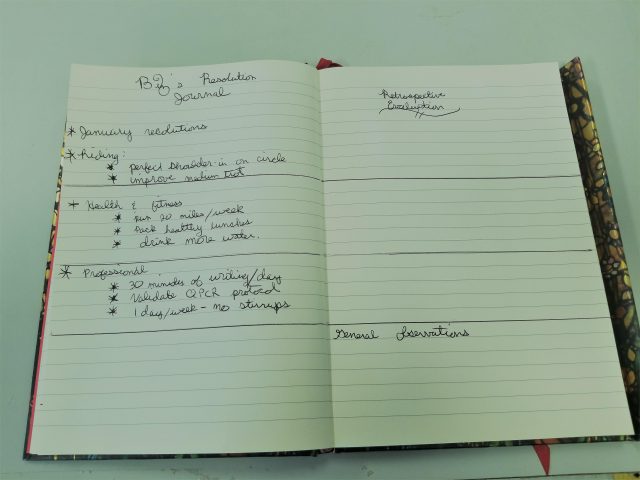 Or, how to set yourself up for success.

I find that New Year’s is an incredibly hopeful time, carefully planning how I’m going to be my very best self in the year to come, but that hopeful planning can quickly turn to disappointment, and disappointment to self-loathing as we give up on becoming our very best self, one resolution at a time. Now you might think that I’m being overly pessimistic, but I assure, I’m just being realistic. According to Forbes only 8% of people keep their New Year’s Resolution. That means 92% of resolution-makers will fail to follow through. That’s so much failure!

So how do we go about facing this seemingly bleak, discouraging reality without completely giving up on our goals? As a chronic New Year’s resolution fail-er, I have developed a 2018 plan for myself that acknowledges that failure is part of the process on the path to success. Because the New Year seems like a natural reset button and culturally, the idea of New Year’s resolutions are well-ingrained, it seems that many people have accepted the idea of once a year attempts at self improvement, but really, what’s stopping you from making resolutions more frequently than that? The answer, my friends, is absolutely nothing!

So here is my plan: instead of the usual annual resolutions, I’m going to make monthly resolutions relating to many aspects of my multidisciplinary life and evaluate my progress at the end of each month. These goals will be small and specific, but directly related to my long term goals. If I succeed, awesome! If not, I have that magic reset button the very next month instead of waiting until 2019 to try again. 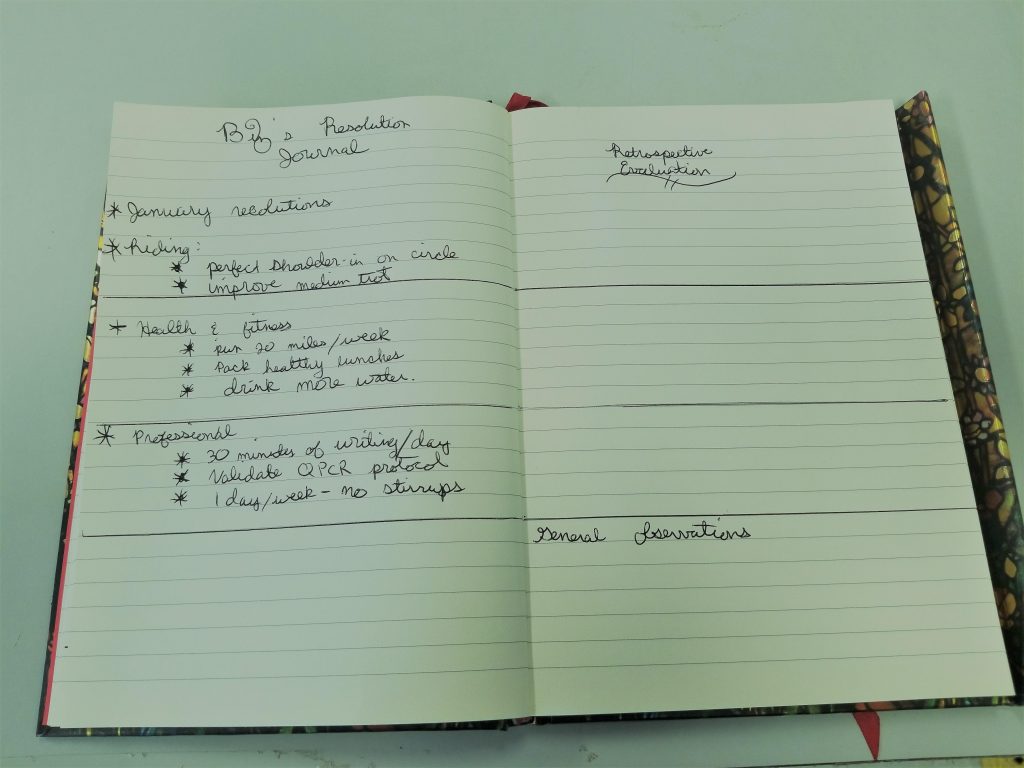 A resolution journal where I can evaluate my progress on a monthly basis. Photo by Biz Stamm.

It makes sense, right? I’d eventually like to get my horse competing Prix St. George, but it wouldn’t be productive to set that as a long term goal without planning out the smaller steps along the way and leaving room for reflection and flexibility when things don’t go exactly as planned (and things won’t go as planned because horses!). The same goes for us if  we plan to succeed.