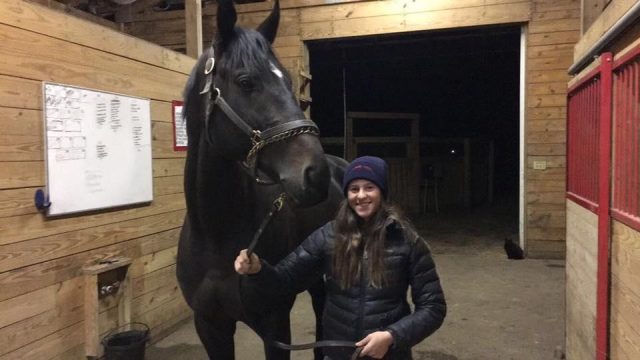 Cozmic One, despite high expectations from connections and fans stemming from the great success of his dam Zenyatta, never broke his maiden — but like many off-track Thoroughbreds, he has the opportunity to try a new career.

Breeding champions is never a sure business — there’s no such thing as a guarantee, no matter how much it might look like a horse is destined for success. Even having parents like Bernardini and Zenyatta is no sure ticket to the winner’s circle, and they’re about as high-profile as you can get in the Thoroughbred world.

Such was the story of Cozmic One, the five-year-old firstborn foal of the great race mare Zenyatta. With the hopes and expectations of both his connections and his legion of fans riding on his back, Cozmic One unfortunately simply didn’t seem to want to be a racehorse. He failed to break his maiden in five starts and never seemed to “get into the groove” of training and racing.

Cozmic One will be let down for a few weeks and then enter re-training; the De Sousas will let the horse tell them which direction he wishes to go with regards to specific discipline. While winning at the Makeover would be the fairy-tale next chapter for Cozmic One, true success can be defined as simply as finding the right path for such a high-profile horse. Cozmic One can do great work as an ambassador to help spotlight the importance of aftercare as well as the versatility and athleticism of the off-track Thoroughbred.

We’ll look forward to following the retraining of Cozmic One! Go riding.