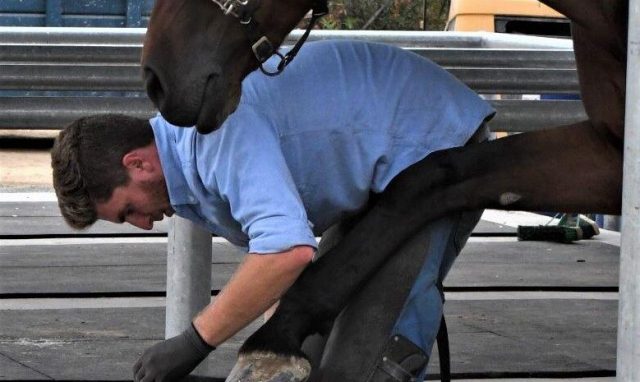 Editor’s Note: Horses can be fragile, dangerous, unpredictable, and most of all expensive, and sometimes that places people in the horse business on precarious legal ground. Armand Leone of Leone Equestrian Law tackles some of the common and uncommon legal battles that can arise in the sport.  Many thanks to them and Jump Media for sharing! It’s no secret; if you do not get paid for your horse training, boarding, or professional services, you will not be in business for long.

Horses are expensive to own and keep, and when clients don’t pay bills, those costs still must be paid. Whether it is an expensive horse that competes at the top shows or a more affordable mount for trail rides, when you provide services to a horse owner as a barn owner, trainer, veterinarian, farrier, or shipper, unpaid bills can mount quickly.

Fortunately, the law provides specific protections from clients who don’t pay their bills for most barn owners and veterinarians, and if your boarding, veterinary, training, or farrier service contract has a required security deposit, retainer, or ironclad payment clauses, you may not even need to read this article.

However, most professionals don’t have strong contractual agreements or stringent repayment provisions. Instead, some trainers and boarding farm owners tend to even operate leniently toward late payments, in no way penalizing the client should funds show up a month or two later than due.

No matter what facet of the equestrian industry you work in, if you aren’t getting paid, you won’t be working for long!

Let’s take for example, a hypothetical boarding farm owner named Sally. Sally highly values fostering close relationships with her boarders and has never made so much as a comment if a board payment check arrives a few weeks, or even a month or two, later than it should. Sally’s operated her business that way for years and has never run into any problems. However, one of her clients – we’ll call him Harry – has suddenly not been around the barn much for the last six months, and he’s entirely neglected to pay his horse’s board for eight months.

Sally did not want to ruin her relationship with Harry by threatening any action against his unpaid bills, but now, she is owed as much, if not more, than what Harry’s horse is worth.

In Sally’s case, the debt has been allowed to build up for longer than it should have been, but she can still take action thanks to Horseman Lien Laws. These laws require that the horse physically remains on the barn owner’s property and allows the barn owner to put a lien on the horse. The lien prevents a non-paying client from removing their horse(s) and equipment until the bills are paid. In our scenario though, Harry seems to have abandoned all ownership responsibilities and does not seem to care to remove the horse, still leaving Sally liable for the care and bills associated with the animal. In this situation, it could be time to seek further legal counsel and consider public auction as allowed by the Horseman’s Lien Statutes.

New York’s Horseman’s Lien Statute is a good example of this. It provides that veterinarians and barn owners who keep livery stables, have boarders, pasture animals, or store vehicles or tack on the premises can assert a lien on the animals and equipment for the unpaid bills. There must be an express or implied agreement for professional services with the animal’s owner and money is due for the services agreed to be rendered. The facility owner can detain the animal, vehicle, or equipment until the money owed is paid and, if not paid, proceed to public auction. (See e.g. NY Lien Law Chapter 33, Article 8 §183 – Other Liens on Personal Property).

A statute such as this allows any horse, vehicle, or harness under the lien to be sold at public auction to satisfy the debt; however, this is a much more complicated process. While the barn owner is authorized to sell the horse at public auction and recover the moneys owed, there are very precise legal requirements that must be followed to properly sell the horse at auction.

Before one can auction a horse to pay bills, there are notice requirements. The debtor may also contest the lien before an auction can be held if there is a claim that some or all the charges are incorrect. Selling a horse at auction to satisfy a debt is legally complex and should not be done without legal representation. Failing to comply with the regulatory and procedural requirements prevents a valid sale. This is a cumbersome way to get paid but sometimes the only way, outside of a costly lawsuit.

In our example, Sally was fortunate in that she was able to sell Harry’s horse and recover her previously lost profits. She also learned several valuable lessons that will allow her to better avoid such conflict in the future. Sally now requires her boarders to sign a mandatory boarding contract that includes mention of a late payment fee, the right of lien, and even a clause regarding the recovery of attorney fees.

Such a contract is always wise for barn owners or veterinary clinics that have possession of the horse on the property and gain the benefit of a statutory remedy, and, while they are even more rare in these instances, contracts can be even more helpful to trainers, farriers, and “outpatient” veterinary practices. Otherwise, recourse for these equine professionals involves solely going to court to collect money owed. For sums less than $10,000, there are Special Civil Courts that may allow an efficient way to resolve such disputes. However, Special Civil Courts generally require that an attorney represent a business, so if you are conducting your business as a professional corporation or a limited liability company, you need to hire one. A defendant can assert a counterclaim above the limit for the Special Civil Court and force the matter into the Regular Civil Division. For larger sums, one has no alternative but to resort to traditional litigation, which is both costly and time-consuming.

No matter what the situation and your role in the horse industry, and whether it results in utilizing a lien, resorting to a collection agency or taking a case to court, dealing with unpaid bills can be an ongoing headache. Particularly if you are a trainer, an outpatient veterinarian, or farrier with limited legal options, do all that you can to avoid going unpaid to the point where the ability to recover payment is lost.

Require payment for prior services before any additional service is performed or consider a contractual agreement in order to better protect yourself because, at the end of the day, you must get paid to remain in play.

Have a legal question for Leone Equestrian Law? Send an email to our editor at [email protected], and your question could be featured in a future column!