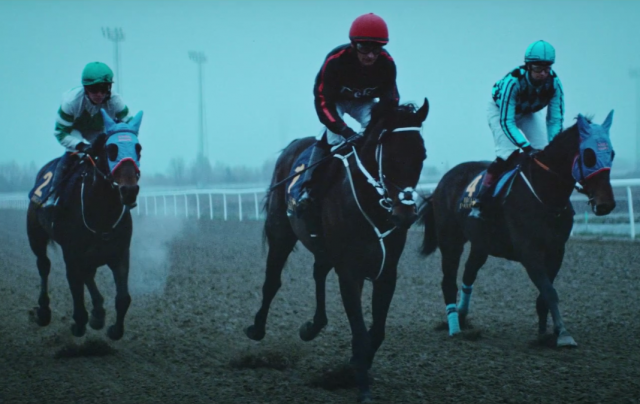 Great horses inspire art in all forms — such as this song from Swedish band Norma, honoring Spectacular Bid.

Spectacular Bid, like many racehorses before and after his time, captured the hearts and spirits of the American racing public through his three-year career including a failed 1979 Triple Crown attempt. He won seven of nine starts as a juvenile and similarly roared into his three-year-old season with a series of wins including the Kentucky Derby and Preakness Stakes.

On the morning of the Belmont Stakes, however, it was discovered that Spectacular Bid had stepped on a safety pin. The horse appeared sound and was cleared to race; however, he faded and finished second to Golden Act.

Once recovered from the injury sustained by stepping on the pin, Spectacular Bid claimed another win as well as a respectable second to Affirmed; Spectacular Bid went on to enjoy an undefeated four-year-old season and retired to stud. He earned a then-record of $2,781,607 and took the public on an incredible ride.

Swedish band Norma describes the inspiration for its song of the same name:

The idea of making this song came up when Erik was going through belongings from his grandfather and found a picture of a race horse that he remembered from his childhood. In the seventies Eriks grandfather was working in the postal service and in 1978 he saved up for a vacation in the US. During the trip he went to a thoroughbred horse race for the first time in his life, the Young America Stakes in New Jersey where he placed a bet on “Spectacular bid” and won. It wasn’t that much money but enough to be able to stay and rent a studio in New York for one month where he was painting his arts.

Spectacular Bid was a gray, and the horse “starring” in this music video is a bay, so we’re choosing to see the video not as a direct homage to the great horse but a symbol of the way that race horses inspire us.

The video was shot at Bro Park racetrack outside Stockholm, starring Sweden’s number-one jockey Per Anders Gråberg. The video was directed by Clara Nova Tägtström.

Have a cool horsey music video you think we should share? Email the editor at [email protected]