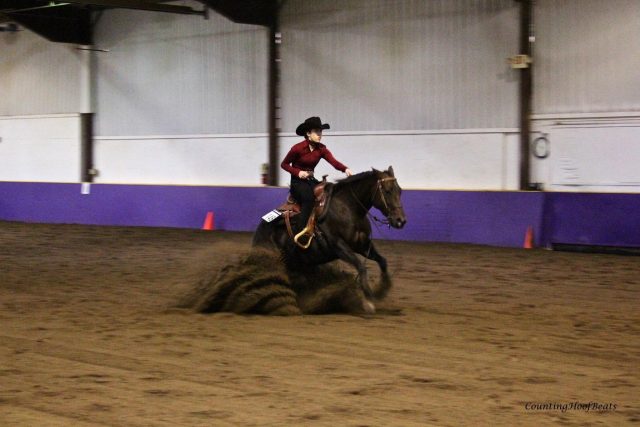 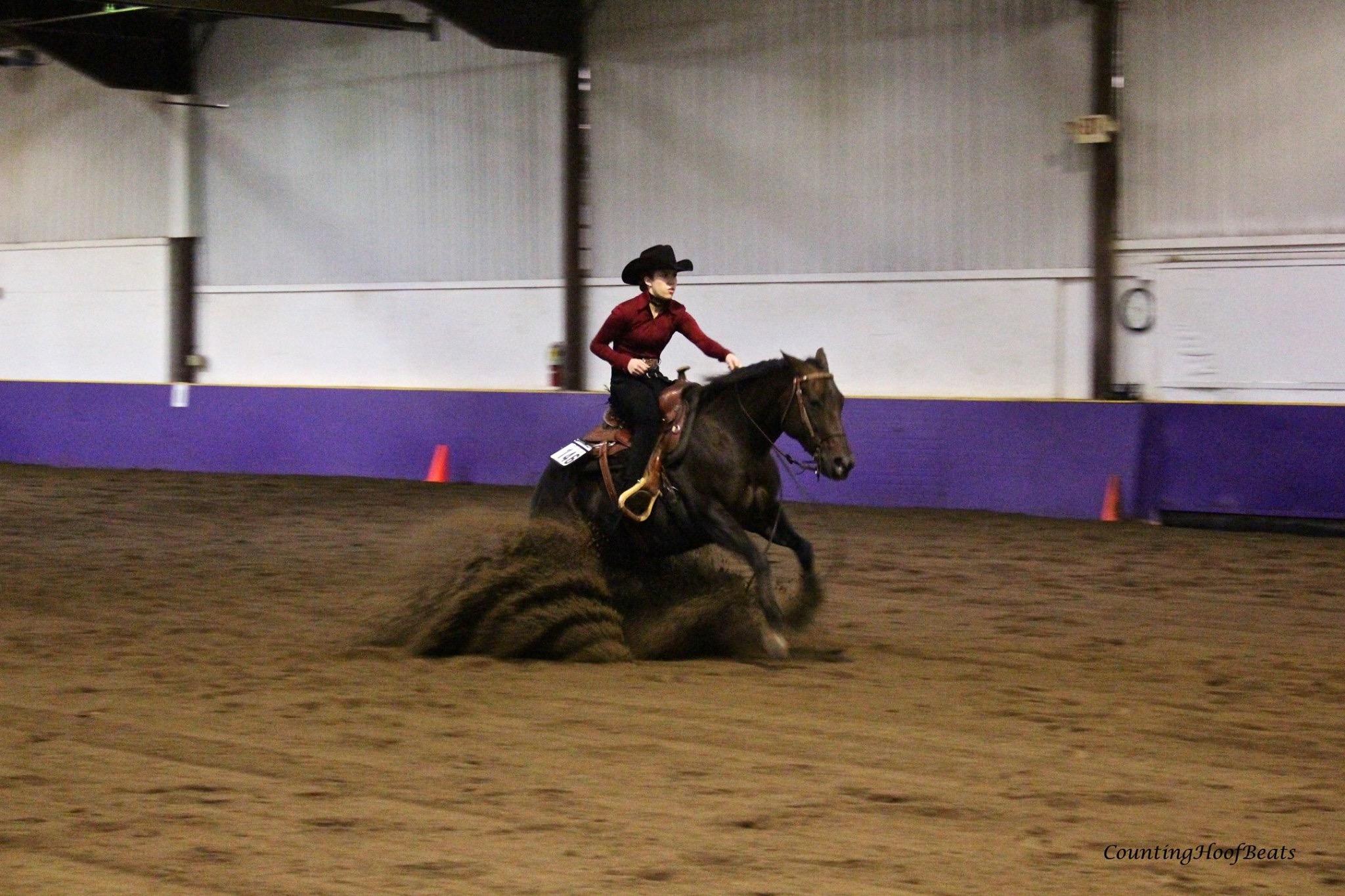 If you have ever watched a reining run, in person or on video, you have undoubtedly taken note of the various whistles, hoots and hollers, shouts, and catcalls that accompany each maneuver. If you have shown yourself, you are likely familiar with these but too focused to ever notice them while riding. When I play reining videos from my phone, my dad asks if I’m listening to a coyote call, and my dog jumps up to guard me from the invisible screaming monsters. One of the markers of a great pattern is how excited and noisy the crowd gets, shouting their admiration for well-executed maneuvers.

1. “Yeah!” This word gets drawn out and shouted most often during transitions from big fast to small slow circles. It may seem like an insignificant thing to cheer for, but slowing down smoothly without swapping leads is always applause-worthy.

2. Third-spin cheers. For the reiners who struggle with counting to four (and if you’ve been reining long enough, you’re probably lying if you say you’ve never over- or under-spun at least once), their cheering section will dutifully hoot and holler halfway through the third spin to let them know to stop.

3. Fifth-spin cheers. This is usually someone’s clueless relative who is so impressed that they cheer even for mistakes and zero-scores.

4. “GO!” This cheer is implemented most often by my coach Steve Shank, who bellows from the back of the holding pen with his hands cupped over his mouth with no regard to what part of the pattern his rider is on, just to show his support for whatever is going on, good or bad.

5. The Trainer. For their beginner riders, some trainers set up shop on the rail and shout instructions throughout the entire pattern. Sometimes more distracting than helpful, this type of encouragement is more educational than triumphant.

6. The *gasp*. If you’ve ever been mid-pattern and heard a collective gasp from the crowd, you know immediately that something has gone very wrong—either you’re off pattern, or your pants just split, or your horse stumbled badly enough to scare you and everyone watching. If it’s a severe gasp, sometimes all other cheering will cease for the remainder of the pattern.

7. Whistles. These are appropriate at any point of the pattern, but are most common during big fast circles. If you’ve got someone really good at whistling in your cheering section, count yourself lucky and bask in the knowledge that everyone else is jealous your supporters can whistle louder than theirs.

8. Clucking/kissing. Having watched a lot of Interscholastic Equestrian Association patterns, in which middle- and high-school riders are placed on unfamiliar (and often difficult to ride) horses, I have observed that the parents watching from the stands are working harder to make the horse move than their children are riding. If the pattern is going well but the horse breaks, there’s sometimes a gasp before everyone starts in with clucking.

9. Silent approval. This is the trademark of my coach Harry Hurd, who, when inspired by a great maneuver, will sometimes give a single “whoop” or “yeah.” When I hear Harry’s voice, I know I’ve done something right. Perhaps because he cheers so little, my ears are fine-tuned to listen when he does yell. Often, his support comes in the form of a thumbs-up as I’m walking out of the ring.

It seems as though everyone’s trainer has his or her own style of cheering, tailored to their riders’ styles and which pattern they are running. Half the fun of being a spectator at a big reining show is the experience of sitting ringside and letting the noise wash over you, engaging you in the pattern even if you don’t know a thing about reining.