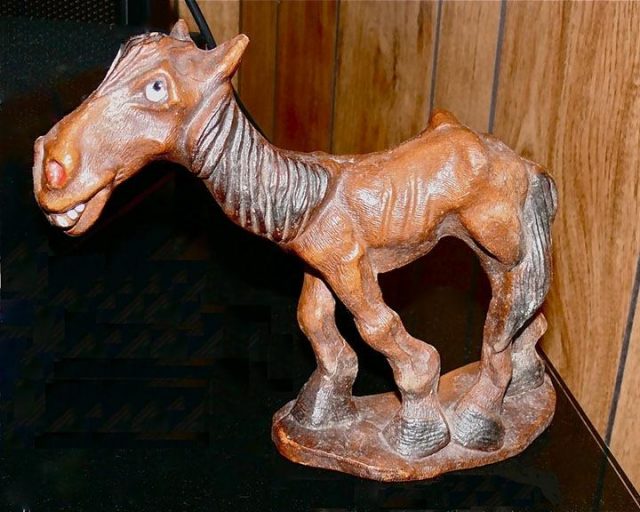 It happens every year: well-intentioned but adorably clueless friends and family give us yet another random horsey knick-knack. Gretchen Lida provides some tongue-in-cheek advice for those looking for the perfect gift for the equestrian in their life. 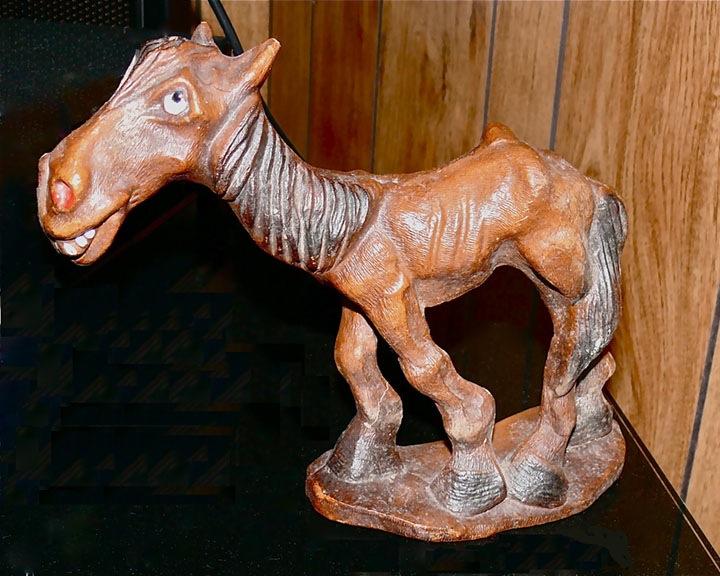 It is as the snowmen on TV say: the most wonderful time of the year. The time of year where holiday gift giving is once again around the corner. As a person who ranks high on the horse-crazy spectrum, I have received a lot of horsey gifts over the years. I have also learned that I am not alone in this. So as the big sales start rolling out, I thought I would compile a quick list of things non-horsey people should probably resist buying this holiday season.

Before I start this section, I must include the disclaimer that I am a sucker for “good” knick knacks. I have a tiny Zuni carving that has the same Roman nose like a horse I once loved. I have a perfectly-proportioned plastic Gypsy horse that prances on my kitchen window. And then there is the white Arabian Breyer that I keep because it is the embodiment of a long-running inside joke.

These are just a few among the herd of horse effigies I have scattered around my house.

For every amazing gift, there are about 6,000 other plastic, stuffed, porcelain, glass, metal or clay horses that have ended up in the Goodwill bin. I have lost track of how many well-meaning strangely-proportioned equine dust collectors I have received over the years. Many of them looked structurally unsound, or have manes and feather in places no one should ever have manes and feather. PLEASE STOP.

There often comes a stage where those around us think that our equine fervor must also be at the center of our wardrobes. In fact, there are entire companies centered around horse-related clothing. There are horsey scarves, horsey bathrobes, and knock-off leggings with suede riding patches that would leave us naked if we rode in them once. (Thanks Calvin Kline, that was a terrible idea).

Even if the options are bountiful and many are actually quite awesome, the truth is that unless you are confident in your understanding of that person’s overall taste in clothes, consider another option. But if you just can’t resist, at the bare minimum steer clear of the dreaded T-shirt. If that is a struggle, I will break it down further; please do not purchase anything with the following:

Let me repeat, if the T-shirt suggests that their horse is their only “stable” relationship, that horse has a mild fetish for dream catchers or that horse seems like he will try to get you tickets to a Grateful Dead concert DON’T GET IT!

Last but certainly not least in the deep dark pit of bad horse gifts are the paper products. These include but aren’t limited to posters, prints, greeting cards, planners, or notebooks. Even if there are well-meaning, beautifully photographed, well-illustrated, purposefully hilarious or tasteful horsey paper products there are also those that will bring an exponential amount of scorn from that horse-loving friend you tried to impress.

Here are just a few of the of comments I have heard from my horsey friends while we scrutinize some of the paper products in question.

“Huh, I wonder how many coffee cans full of rocks they used to get that horse to run like that?”

“Is it just me, or is that foal cross-eyed?”

“Oh look another Friesian! How original.”

“Quick, look at this model’s face, now look at his seat, poor guy has never ridden in his life.”

You get the idea.

So, what should you get your horsy friend?

While I cannot speak for all equestrians out there, I have learned that, for pony filled gift giving, you  really need to know that person. Do they ride English or western? Do they show or trail ride? What kind of decor do you find in their house? Go ahead, ask away, we horse-crazy people love to talk shop. I know the best gift I can receive from my non-horsey friends is understanding.

Be patient with me when I rant about the way I got old Silver to stop counter bending in the dreaded corner of the arena. Be kind to me when I show up to a function smelling more like horse than I should. Most of all, understand that this life I have chosen, no matter how insane it seems, makes me happy in a way almost nothing else does.

But, ya know, Starbucks cards and cash are nice too.

Gretchen Lida is an essayist and equestrian. Her work has appeared in the Washington Post, Earth Island Journal, Horse Network, and many other publications. She is currently seeking a publisher for her book, Beware the Horse Girl: Essays for the Awkward Equestrian. Follow her on Twitter at @GC_Lida.