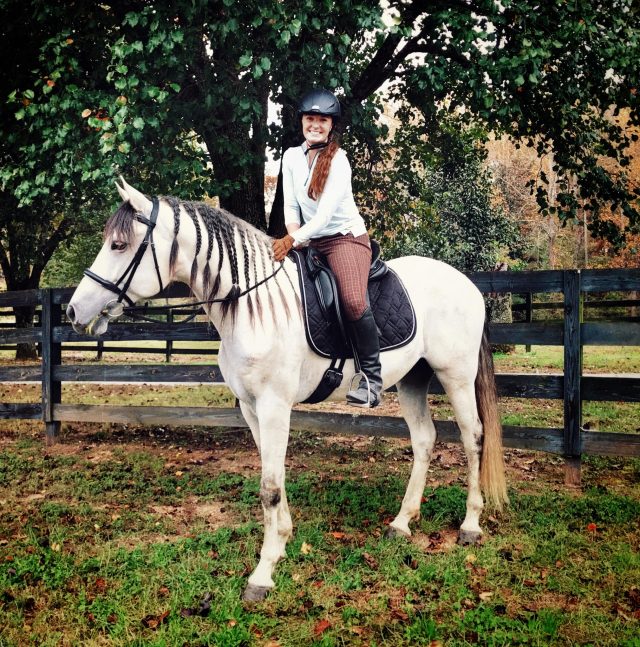 A conversation with Emmy Love, former rider of Odysseo. 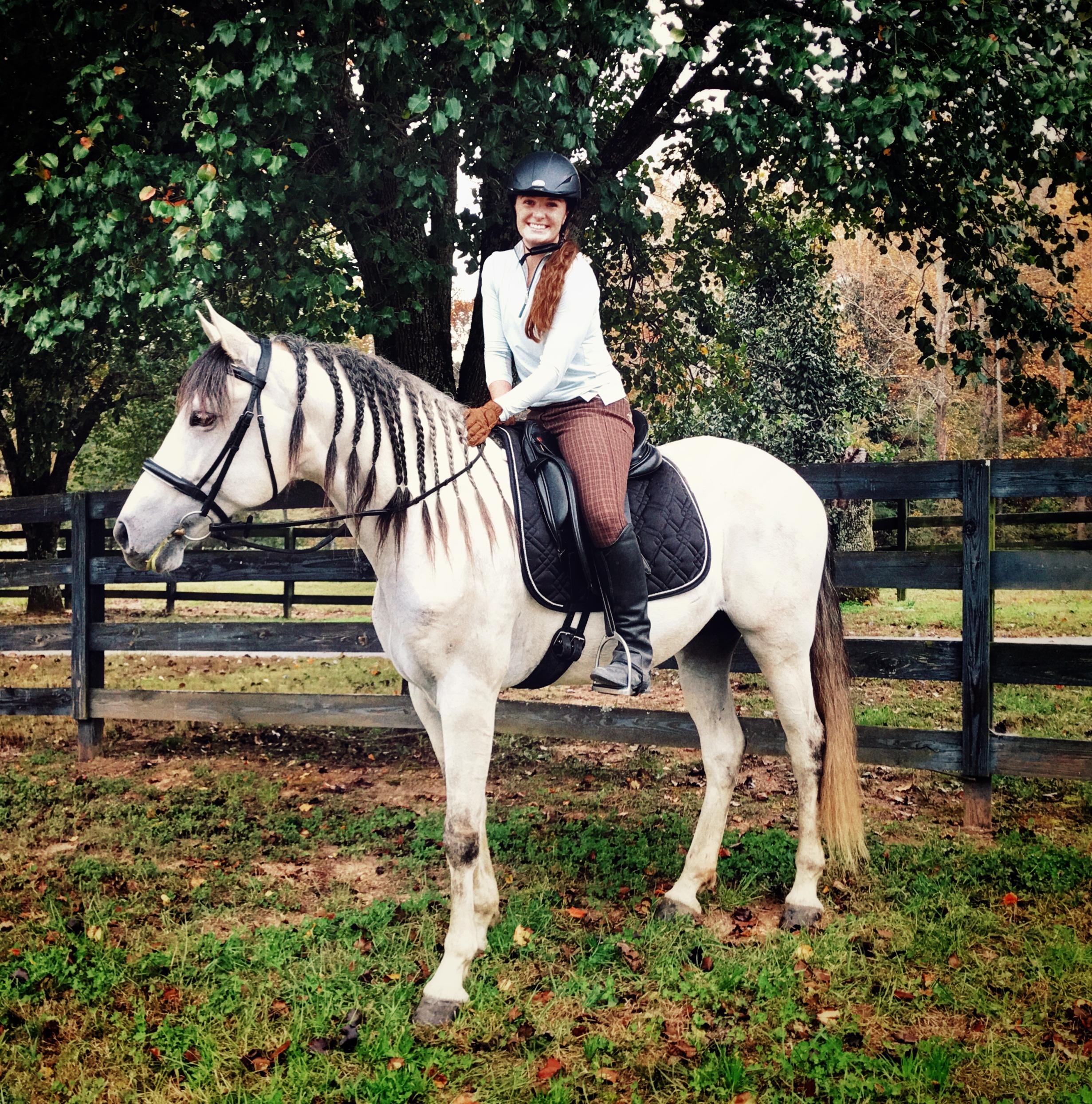 Emily Love – Emmy — started riding when she was seven. She participated in 4H until she was 17. She competed in dressage and jumping. In 2012, Emmy was 19 when her parents dragged her to see the Cavalia show, Odysseo. Emmy had no interest in seeing the show, but within two minutes she began to cry. She turned to her mom and said, “This is what I want to do.”

Here’s where the “climbing on” part began. Emmy pursued her dream job. She marched up to the show creator, Normand Latourelle, after the show. She told him what she wanted and asked for advice. Emmy followed up. She contacted the equestrian director and met with him. He gave her more guidance. Once again, Emmy followed through. Tenacity was rewarded with an invitation to come to France. Emmy was trained and was an Odysseo equestrian performer for two years throughout the continental United States. Turns out, I saw her perform in Dallas in 2015. We had not met yet.

Emmy had retired from Odysseo and was teaching equitation in Middle Tennessee in the spring of 2017 when I was one of her students. Odysseo arrived in Nashville in August. The phone rang and Emmy got a call to come back to the show for the Nashville tour. I was reporting on the show for Horse Nation when Emmy shared what she experienced returning to the show.

How did it feel to be back performing? “I felt ready to finish what I had started the last time. I wanted to do more as a performer. I, of course, had butterflies waiting to go on stage for my first show, but it felt so good to hear the audience applaud again. The stage is huge and it’s really powerful to hear the audience.”

It’s not just the horses that need to be prepared: check out this time-lapse of Emmy’s makeup routine for performance!

In what scenarios did she ride? “Carosello, Equestre, roman riding (standing on two horses), Liberty and the finale. I considered myself a ‘filler-inner’ this time. I was assigned to the scenarios in which they needed me for that night.”

The riders have daily lessons. On what do they work? “We adapted our training schedule/program to the horses’ needs and what the horse would perform that night. I worked with two horses that did trick riding and the ‘Cosaque’ routine. Those two routines ask a lot of the horses, so I worked on stretching their bodies, flexion and lateral work to loosen up their bodies.”

What part does dressage play in the show? “Dressage fundamentals play a huge role in our everyday work. All training for the scenarios starts with under-saddle dressage. The horses need to be responsive to our aids so when we are on stage things go smoothly and the horses are comfortable with us. We used dressage exercises the day after a show to stretch the horses and strengthen their muscles.”

When Emmy retired from her first run at Odysseo, she was determined to adopt a horse from the show that had touched her heart. She convinced her parents, went through the adoption process and Quiebro came home to Tennessee. Quiebro is the Spanish Purebred (P.R.E.) that I was lucky and honored to ride under Emmy’s tutelage. What a dream.

Emmy had told me to look for Drago, a Spanish Purebred that she had trained and ridden when she was touring. I visited Drago every time I went backstage when I was reporting on the show. During my last interview, Emmy came to me and whispered her lovely surprise. She was going to adopt Drago. Emmy’s magic carpet is now carried by two lovely white horses.

Helping Emmy keep the magic carpet flying is her fiancé, Lucas. Emmy and Lucas became friends and grew-in-love under the Odysseo big top. Lucas was an acrobat/aerialist in the show and now teaches gymnastics in Roswell, Georgia.

Horses are still the wind that propels Emmy. She works as a horse trainer and riding instructor in Georgia. Emmy explains, “My focus is on the relationship between horse and human. If the goal is to show, I am more about what happens before they get in that show ring and after they leave. For example, how do you saddle your horse? Bridle your horse? How do you load your horse into the trailer? What is your cool down like? “

I asked Emmy what she brings to her lessons. She said, “I am the go-to person for you and your horse because I can help you both get back to having a relationship or to help build one that was never there. To me, equestrian arts are about how you get there. Yes, there are ways to cut corners, but that will only leave you with pain, injury and frustration. My focus is on the long run.”

And the horses? “Drago is with me for further training. My parents have bought a farm in middle Tennessee, so all of our guys will be going there around Christmas. Drago, QuiQui (Quiebro), Dane (Emmy’s horse since she was14) and the colt Eli, will all live at my parents’ new farm. They have long wanted to have a place for horses and to create a facility to host clinics and lessons year round. They have supported me no matter what I wanted to do. I am so thankful.”

Emmy gives credit to her parents for her drive. They schooled their children that “If you feel you want to do something, find a way to do it.” The point is that some people dream about a magic carpet — Emmy finds the magic carpet — climbs on – and keeps the carpet in flight.