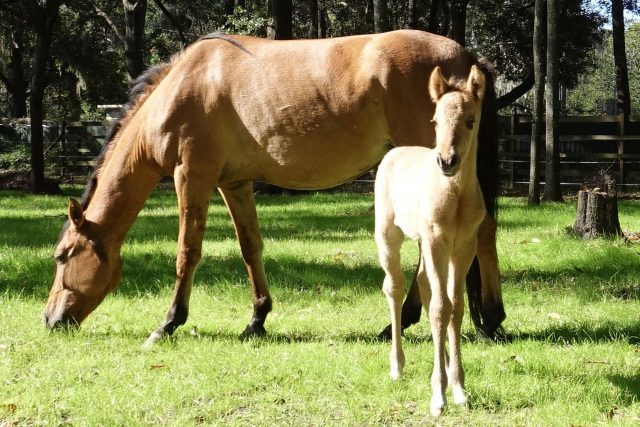 The first Marsh Tacky foal in decades was born on Daufuskie Island this week, marking a clear return of the endangered heritage breed to the South Carolina barrier island. We spoke with Erica Veit, founder and executive director of the Daufuskie Marsh Tacky Society, to learn more. 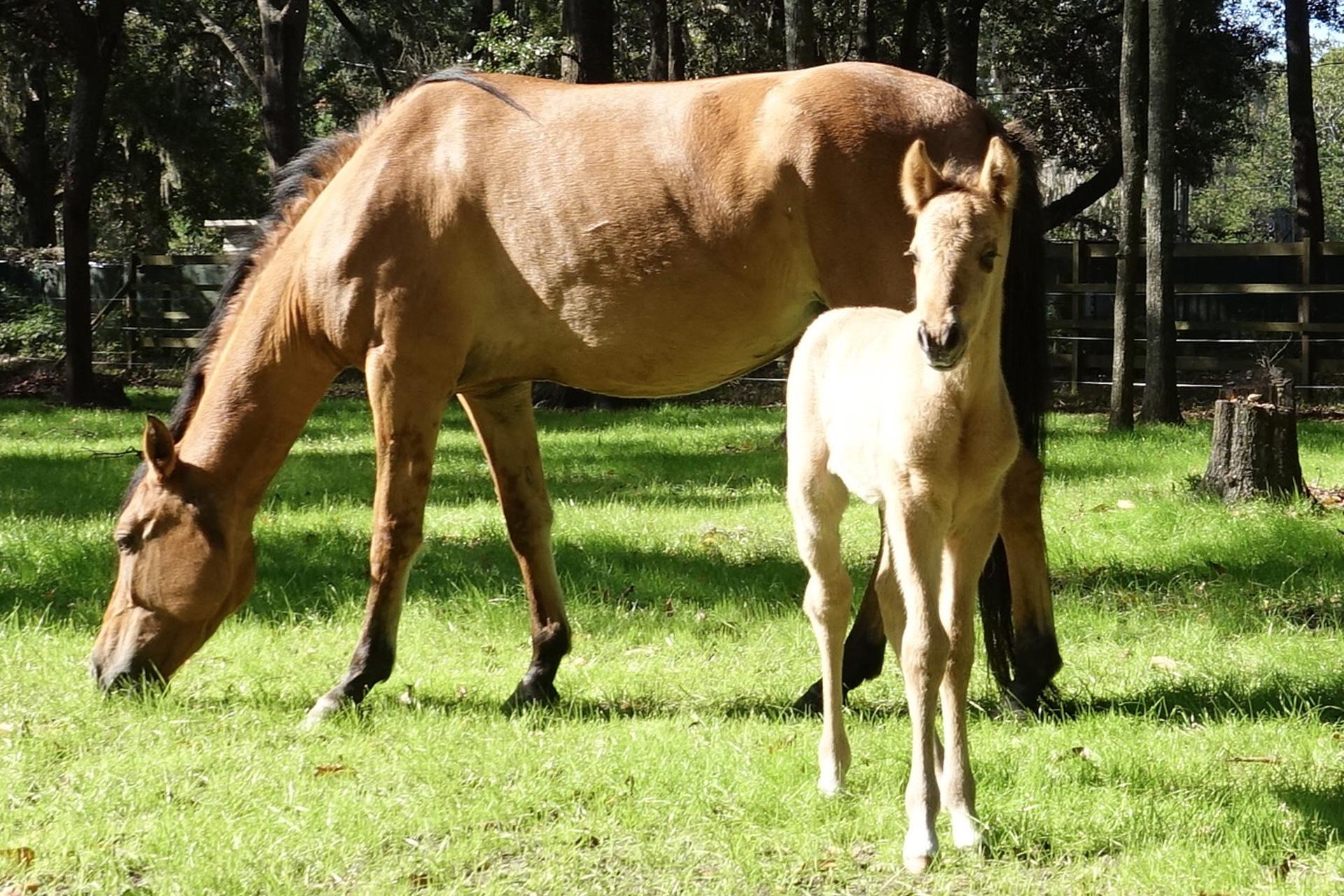 Social media has been abuzz this week with the news that a Marsh Tacky filly was born on Daufuskie Island, said by locals to be the first birth in forty years — the Marsh Tacky breed has been absent from the island where it once ran free until recently. The filly is a living testament to the hard work of the Daufuskie Marsh Tacky Society, led by Erica “Evie” Veit: we caught up with Veit to learn more about the little-known Marsh Tacky breed and the good work being done by DMTS not only to preserve the South Carolina heritage horse but bring it back to one of the barrier islands it once called home.

The barrier islands of the Southeast were the landing stage for Spanish explorers in the 1500s, who would often unload their holds full of small, scrappy horses there to wander free. “These were rugged little horses,” Veit details. “They would be the type considered ‘expendable’ back in Europe.” The tough little horses thrived on the barrier islands, estimated to roam as far south as St. Augustine, Florida and as far north as Myrtle Beach. They lived an isolated existence; while the Spanish did not ultimately settle this coastline the horses certainly did.

Eventually, the barrier islands were settled by the English, who called the feral horse the Marsh Tacky: “tacky” was an English slang word meaning “common.” To the English, the horses were infinitely useful: “They used them for everything, from agricultural uses to riding to driving. They were surefooted horses — they were accustomed to the swampy footing on the islands and the buggy conditions.”

By island tradition, the Marsh Tacky lived in a feral state; horses would be rounded up as needed by the local population. Marsh Tackies were ridden into the Revolutionary War; in the days after the Civil War it seemed as though pretty much everyone on a barrier island in South Carolina had a Marsh Tacky of their own. To this day, Marsh Tackies are still used for a variety of purposes, from kids’ mounts to gun horses for hunting. 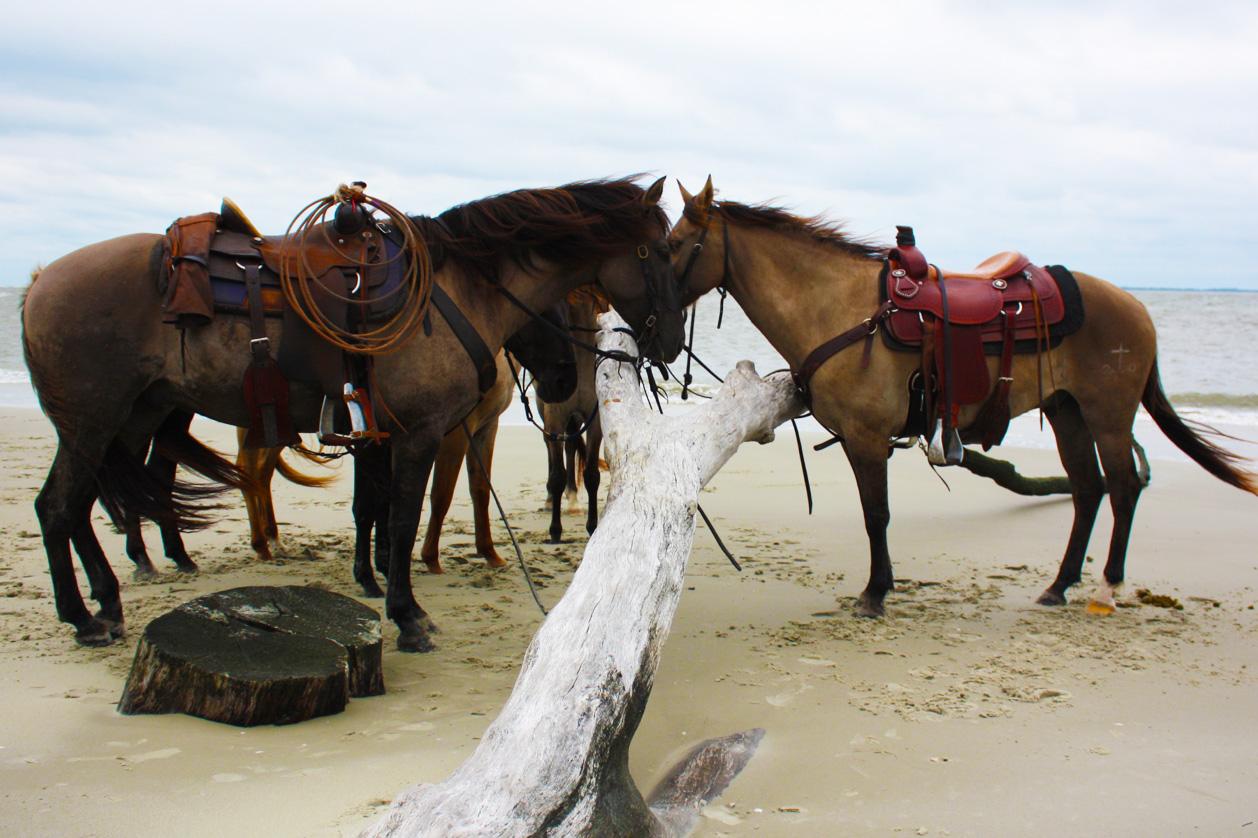 Marsh Tackies on the beach for Horse Tales TV episode filming on Daufuskie in 2014. Photo by Daufuskie Marsh Tacky Society

Throughout the breed’s history, the Marsh Tacky remained isolated from other breeds, which kept its bloodlines unique. DNA testing revealed that the Marsh Tacky was in fact a unique breed, the remnant of the horses of the Golden Age of Spain — horses that no longer exist in modern-day Europe.

However, shrinking habitat for the feral horses, thanks to increased development for tourism on the barrier islands, meant that the Marsh Tacky essentially no longer existed in its free-roaming state. The last feral Marsh Tackies were removed from the barrier islands in the 1980s. Fortunately, thanks to the unwitting actions of a horseman named D.P. Lowther, now in his 90s, the breed has been largely preserved.

“Lowther used to go to Hilton Head and regularly round up Marsh Tackies when he was much, much younger,” Veit describes. “He would just round up a few when he needed them and would take them back to the mainland to his cattle farm where he used them as working horses. He didn’t intend to be a conservationist, but he managed to control and maintain the breeding of Marsh Tackies as the owner of the single largest herd on his farm.”

Bringing the Marsh Tacky back to Daufuskie

Veit has been a horse lover since her childhood; she rode on the IHSA team at Savannah College of Art & Design as an undergraduate in the 1990s. Her family has lived in South Carolina’s low country ever since.

“I discovered the Marsh Tacky about a decade ago through the annual beach races, which have become a part of the breed’s recent history. From there, I learned more about the breed and its history and became totally fascinated by these rare and endangered horses,” Veit details. She was hired in 2013 to run the equestrian center at the now-defunct Melrose Resort on Daufuskie Island, where she became the head coordinator for the beach races. “This helped me establish relationships in the Marsh Tacky community, and helped me formally organize the Daufuskie Marsh Tacky Society in 2015.” 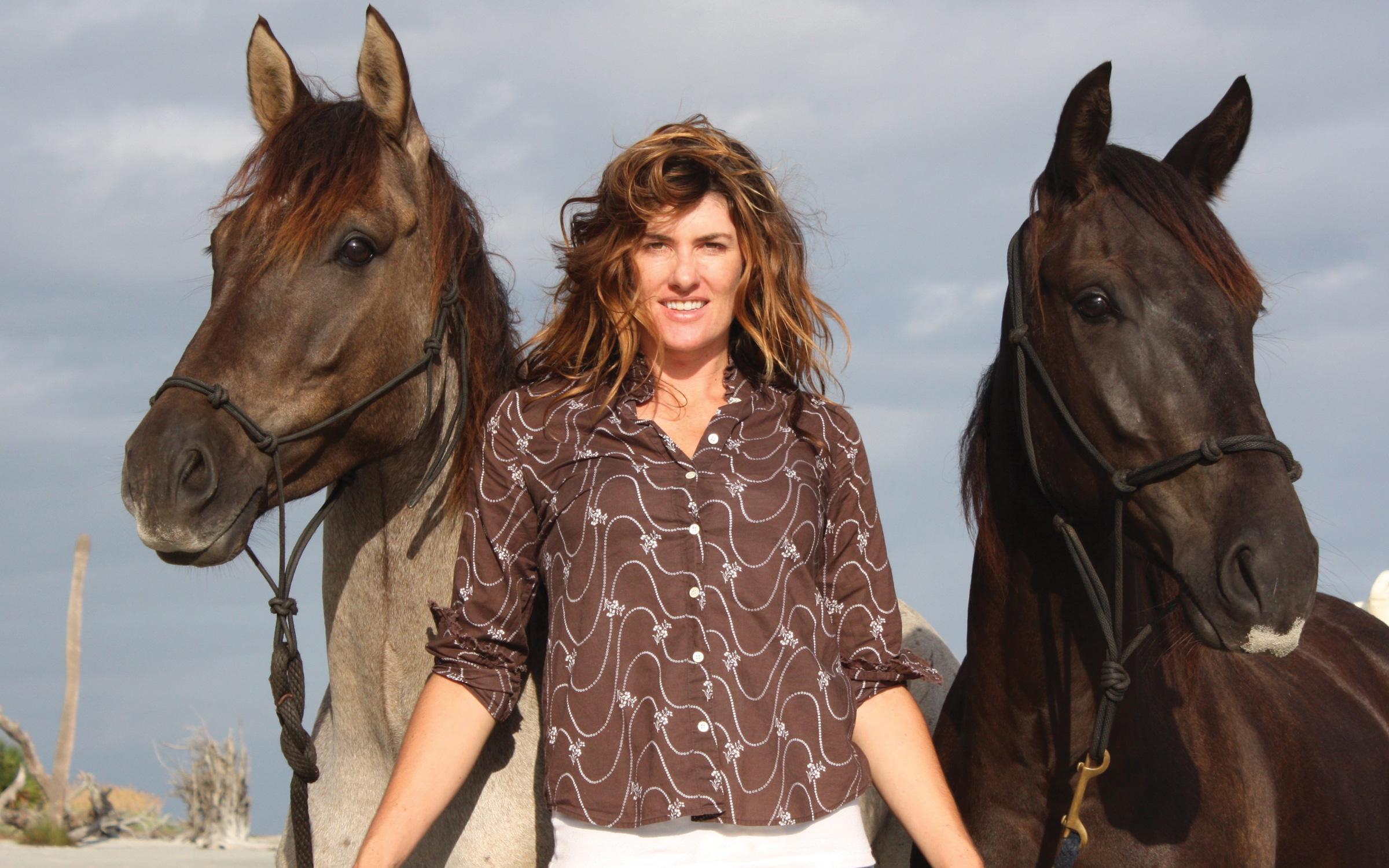 Now a 501(c)(3) organization, the Society’s formal mission statement is “to protect the critically endangered Marsh Tacky horse in the context of its historical roots on Daufuskie Island through breeding, training and sales plus educational and special events programming.”

To that purpose, the DMTS brought a small foundation herd of four horses back to Daufuskie Island. The farm is open to the public and Veit intends to continue to promote the farm as a tourist destination, especially seeking to capture summer visitors which can number 200 per day.

The first foal born in decades

Earlier this week, a filly was born to the mare Reina on Daufuskie Island, a living testament to the hard work by the DMTS — as well as the happy ending to a nerve-wracking story. When Hurricane Matthew tore up the East Coast in October of 2016, the horses were evacuated to the Melrose Equestrian Center, where they sheltered together. It took two months for the original Marsh Tacky facility to be cleared for the horses’ safe return… and in that time, the stud colt Lucero managed to cover Reina as well as another mare named Mama who is due to foal almost any day. 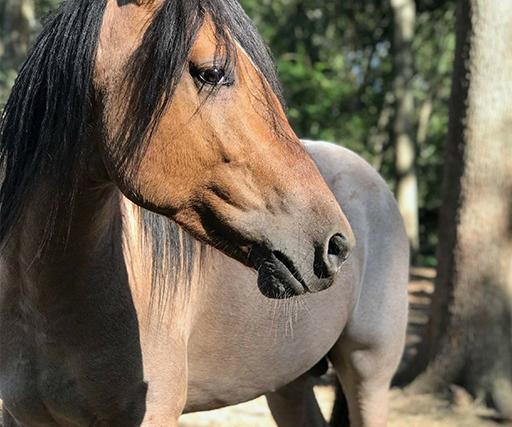 Fortunately, the entire herd weathered the storm safely, and with this filly’s arrival, is already paving the way for future generations. This little filly herself probably has no inkling of the hundreds of years of history she represents as the first foal born on Daufuskie in decades!

Veit has big plans for the future of the Daufuskie Marsh Tacky Society, starting with the restoration of Selmont Farm as the Society’s new headquarters, museum and farm property. There are plans to develop Daufuskie into an equestrian tourism destination: “you’re allowed to ride anywhere on the island, including the beaches,” Veit outlines. “So you can either bring your own horse to ride, or ride a pedigreed Marsh Tacky in its native habitat.”

Riding a Marsh Tacky on the uncrowded and pristine beaches of Daufuskie Island should be a bucket list thing for all equestrians. Photo by Daufuskie Marsh Tacky Society

Veit also hopes someday to have a mainland base camp or satellite farm to further develop the breeding program and help preserve the Marsh Tacky breed — and provide a safe hurricane evacuation point for the future! Horses bred by the Daufuskie Marsh Tacky Society will be placed into training and offered for sale as finished horses, helping to promote the breed as a high-quality riding animal and helping to boost the breed’s population.

As for the filly born earlier this week? She’ll be the flagship model for the DMTS program — placed into training at an appropriate age and eventually available for purchase, making her future owner truly lucky to own a piece of living history.

For more information about the Daufuskie Marsh Tacky Society, its work to preserve the Marsh Tacky breed and current capital campaigns to restore Selmont Farm, please visit the organization’s website and Facebook page.