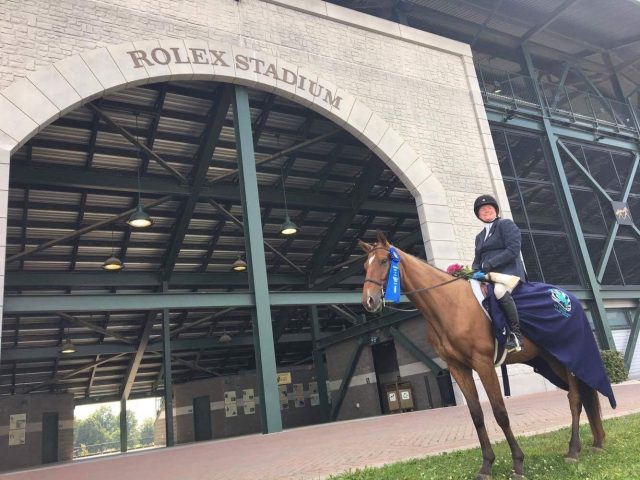 Denny was a “hot mess” when Lexi first laid eyes on him… but it was love at first sight. Don’t miss this feel-good true underdog story!

Like many equestrians, Lexi Pejnovic started riding as a kid — her world revolved around horse shows and Pony Club. While many horses came and went in Lexi’s life, her “horse of a lifetime” was a gelding named Grey Street — until his sudden death in 2000. A heartbroken Lexi quit riding for 14 years.

Finally, in 2014, Lexi made her return to the saddle, taking lessons with Kate Ebanks of Time and Again Farms in Vernon, Florida. A lesson horse named Rain helped make the transition back to the show ring a pleasant one, but it became apparent that he simply wouldn’t be able to take Lexi to where she needed to go. “After the show season, Kate told me it was time for a horse of my own, and tears filled my eyes,” Lexi details. “But deep in my heart, I knew it was time.”

Kate’s network of contacts connected her with what Kate knew would be the perfect horse: a 2010 OTTB bred by Bill and Mary McDowell named Primarily Denver. His pedigree included such head-turners as Storm Cat and Affirmed, but those bloodlines hadn’t translated to much success on the track. He had been sold to a post-track home but fell into desperate straits, turning up in a Craigslist ad nearly skin and bones. His former race trainer Tommy Ives found the ad and scrambled to purchase him back, seeking a better forever home for the horse. 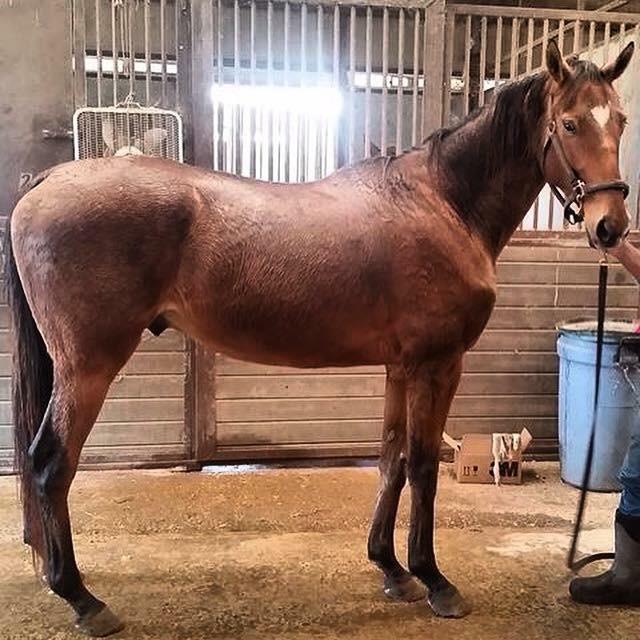 Denny just prior to shipping to Florida. Photo by Sheryl Ginsburg.

“I asked Kate if she didn’t like me when I first saw a photo of Denny,” Lexi recalls. “He was a hot mess. Kate told me to look beyond his appearance.” Sure enough, when Primarily Denver — known around the barn now as Denny– arrived, Lexi describes “it was love at first sight.”

Lexi and Denny learned quickly together, and at their first show under the name “Long Time Coming” they earned championships in their divisions, as well as the Pensacola Hunter Jumper Association TIP (Thoroughbred Incentive Program) title. They would repeat the title in October of 2016. Denny eventually won the PHJA TIP Horse of the Year award, as well as a performance award over horses and riders from 18 states.

As every horse lover knows, however, success is often tempered with setback. Denny followed up his championship titles with a torn check ligament, requiring four months of stall rest. Fortunately, he came back to full health, and the pair won championships again in May. Most exciting of all, Lexi and Denny had qualified for the 2017 TIP Championships at the Kentucky Horse Park — returning to the place where Lexi had once competed as a Pony Clubber. 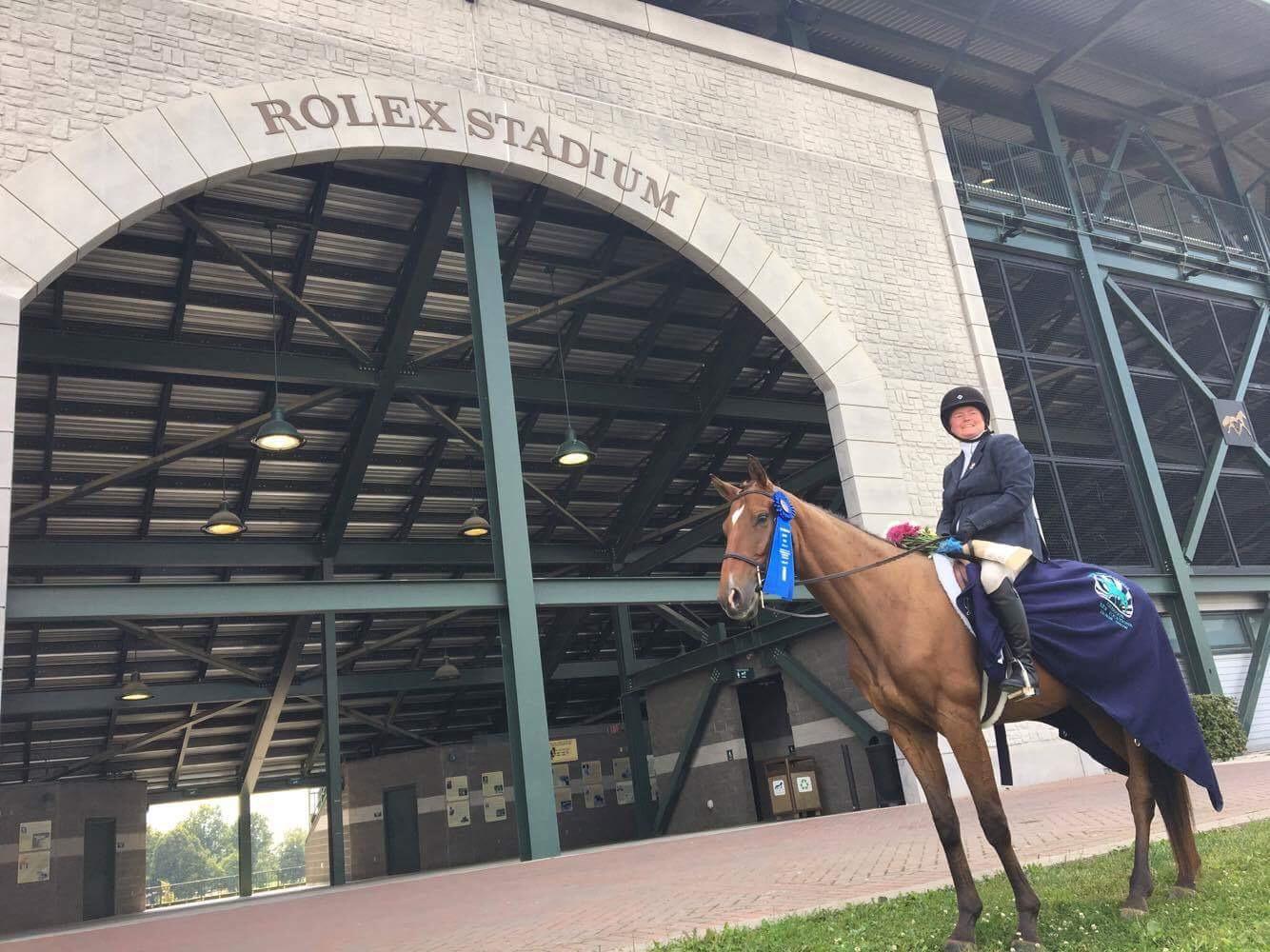 Lexi and Denny were entered in the Chizzy B Hunter Classic, but before the class began, Lexi was in for a surprise: Denny’s breeders, Bill and Mary McDowell, had traveled all the way from Arkansas to see their horse compete. “They hadn’t seen him since he was six months old,” Lexi adds. “I was so overwhelmed with excitement to meet them.” 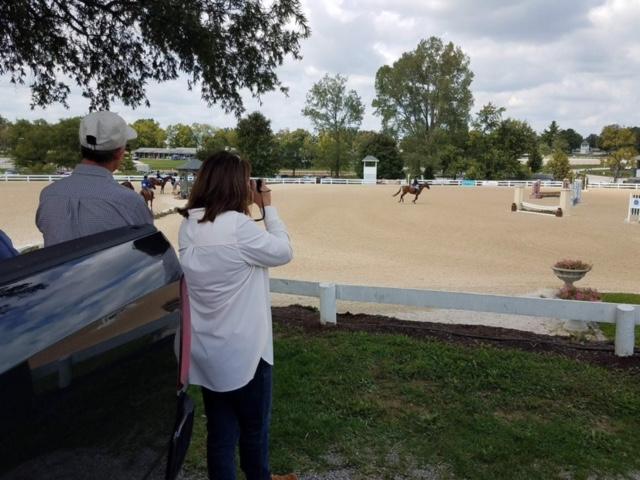 The McDowells were in for a treat themselves: Lexi and Denny won the Chizzy B Hunter Classic. “The tears just came. It was the biggest win ever, and to win something like that with Denny’s breeders there was just amazing.” 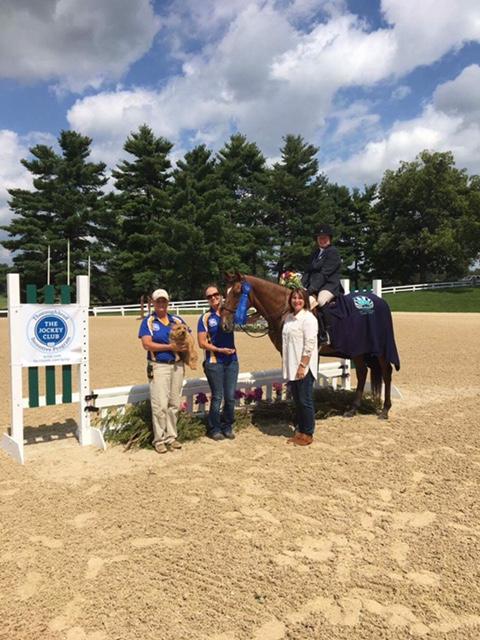 Lexi understands that Denny’s true value is not just in the show ring. “I drive an hour one-way to the barn just to see him or ride. I take lots of lessons with Kate; I celebrate his birthday and his ‘Gotcha’ day.” Denny follows Lexi around the paddock and whinnies to greet her.

“It’s plain to see that we’ve both been rescued.”

While we’re certain to report on the stars of the equestrian world, we also love sharing stories from real horses and real horse people. If you have a story to tell, contact [email protected]