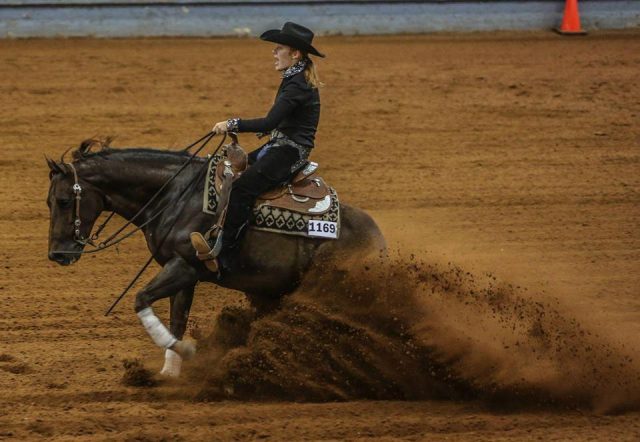 From hunters to reiners, we all say “whoa”… but we all say it in different ways. Haley Ruffner details a few of the iterations of “whoa” she’s heard in her horse life. 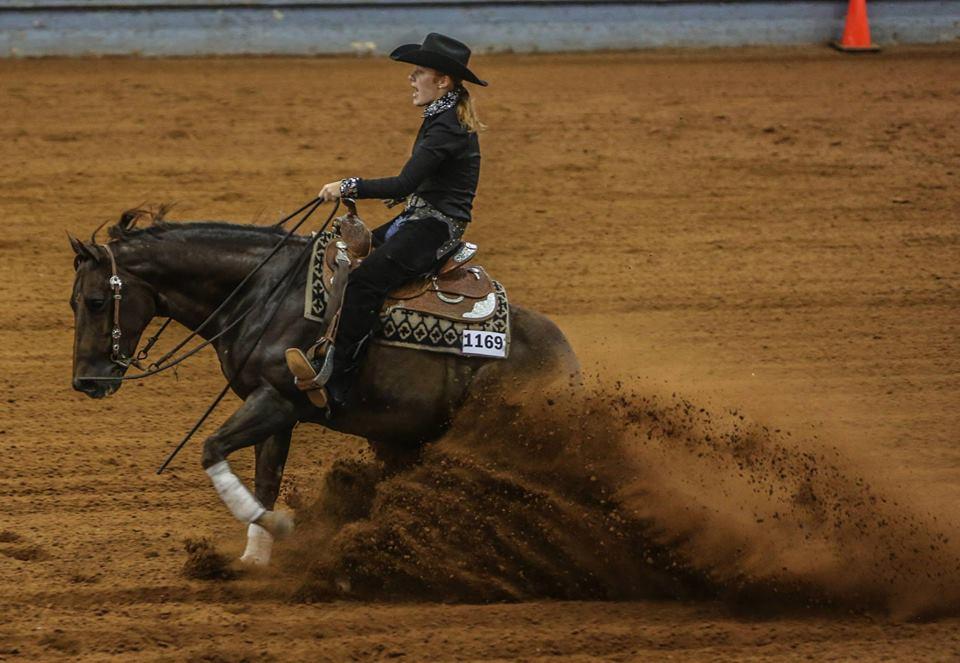 In the horse business, it sometimes seems as though different disciplines are worlds apart — riders on the hunter circuit would be lost their first time at a cattle sorting show, and vice versa. We differ in uniform, in styles of riding, in training preferences, and in commitment, but one thing we all have in common is the word “whoa.” Below are a few different iterations of the word I’ve observed being used.

1. Long and trailing off. Written the way it sounds, I imagine it would look something like this: Whoooooaaaaaaaaaaa. It’s usually a cue to your horse to please stop eventually, but we’re in no hurry. I’ll just draw this out the whole way down the arena in hopes that you might start slowing down before we reach the corner.

2. Startled shouting. Some riders say “whoa” like it’s an emergency every time, at full volume and with a sharp voice. This elicits a moment of general panic for everyone else in the arena as they look around to see what the shouting is for, only to observe that said rider and his or her horse are, as planned, standing still.

3. Man voice. If your voice drops several octaves every time you try to stop your horse, you might be guilty of the Man Voice Whoa. This one says you mean business and often comes out growly enough that your horse (or anyone you say it to, really) will listen with no questions asked.

4. Whoa? Heard most often in beginners, this one confuses both horse and rider. Are you sure “whoa” will make him stop? Is this kid asking me to stop or telling me? Does he really want me to stop? Can I make it to the piece of hay in the corner for a snack until he actually makes me stop?

5. Telepathic whoa. Some riders don’t say whoa — they might be riding a deaf Gunner descendant, or they might have learned not to say it. Whatever the case may be, through telepathy or seat and rein cues, they get their horses stopped without a verbal cue.

6. Is that a real whoa? The different letters in “whoa” are sometimes heard alone — a clipped “ho” is a popular cue, as is a drawn-out long “o” sound. Why use the whole word when half of it gets the job done just as well, right?

We are united in the word “whoa,” in its many forms and meanings, and probably in the tendency to use it in non-horse related situations. Whether it’s a soft exhaled syllable a few strides out before a jump or a sharp warning for a horse that has moved ahead without being asked, we all say it in some capacity.