After attending the Breeders’ Cup at Del Mar in California, Kristen Kovatch reaffirms her love for horse racing while considering the sport’s role in the larger horse world.

It’s Monday now, and here in San Diego, it’s still morning as I sit in a patch of southern California sunlight, reflecting on Friday and Saturday’s Breeders’ Cup races.

Even days later, with time to reflect on the experience, the sensations of standing in the shadow of the massive grandstands, watching palm trees sway in the sea breeze, the singular moment in which I watched my favorite racehorse Gun Runner walk home to the barn decked in his champion cooler as dusk fell over Del Mar with the salt of the sea breeze filling the air, I find it hard to truly capture in words the experience of standing on the rail and being in the presence of these horses who were larger than life. 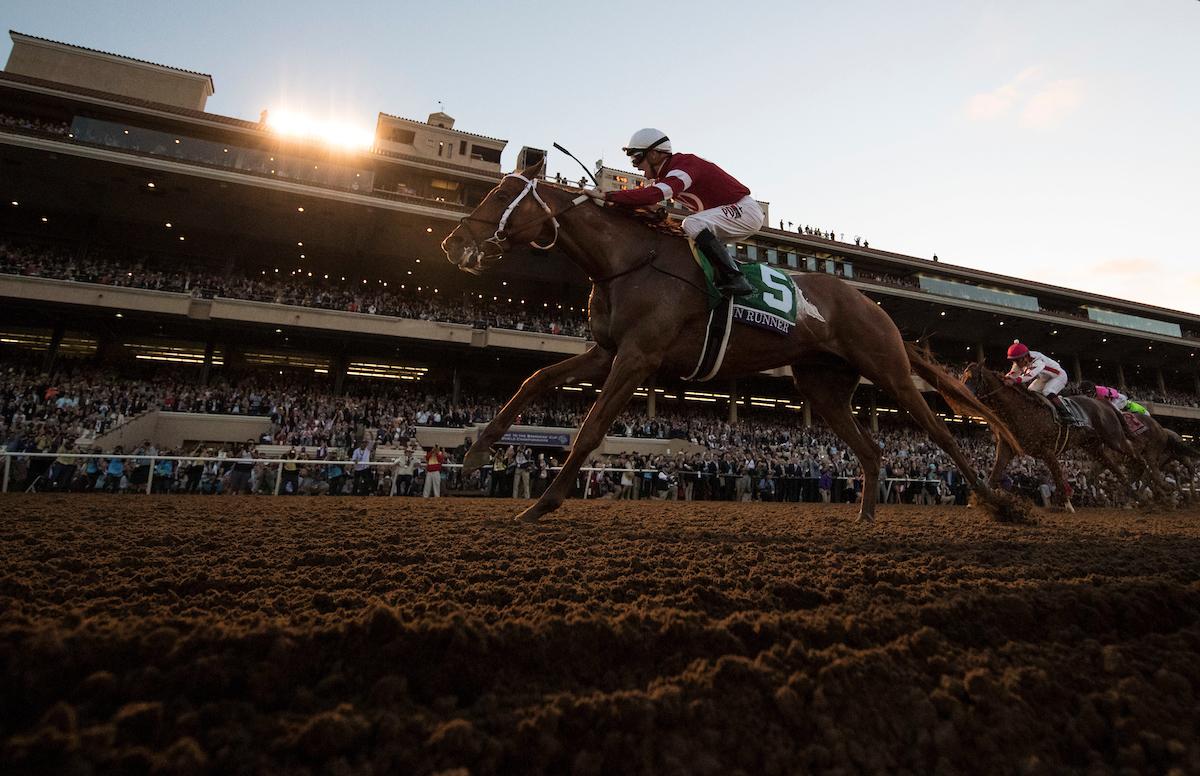 Horse racing has always captured the imaginations of fans throughout its history, grabbing the hearts and souls of people from royalty and the upper classes all the way down to “ordinary” citizens. For many of us, horse racing was the first access we might have had to horses — as a child, I remember sneaking off to turn the television to the cable horse racing network to watch the horses run, ignoring the information about odds and weights and betting pools. I too had the childhood dreams of being a jockey long before I rocketed up to 5’11”.

I’m not so starry-eyed to overlook completely the fact that the sport is largely about gambling, and therefore money — it takes massive amounts of money just to bring these equine athletes into the world, and they are indeed competing for purse money from the $6 million Breeders’ Cup Classic down to the local-level claimers galloping around the small tracks.

Then there are the breakdowns, the on-track tragedies that we all hope we never see; there are Thoroughbreds who wind up in dire straits on slaughter-bound trucks for Canada or Mexico. It’s only a fraction of the Thoroughbreds born every year who make it to the track to even start.

All of these factors draw plenty of criticism, especially with horse racing as the most visible, accessible, statistics-recording branch of the horse world. The connections of racehorses are vilified as being all about the money, viewing their horses as tools for achieving more wealth and status. I believe that these stereotypes are misguided.

Certainly, in any discipline, there are bad owners, bad trainers, bad riders. There are plenty of easy accusations thrown about by armchair equestrians that those at the highest echelons of any discipline, from horse racing to breed showing to the hunters, see an individual horse only as a stepping stone to the next level, the next great horse, the next big purse.

While it might be difficult for us to see from the rail or the grandstand or sitting at home watching the races on television, something brought all of these connections into the racing world. They could have gone into show jumping, dressage, driving or endurance — some twist of fate brought them into racing, whether it was a book or a film, a family tradition, or perhaps a chance encounter with a great racehorse who captured their heart and soul. Most of us in all branches of the horse world can say the same for the way we all got started. 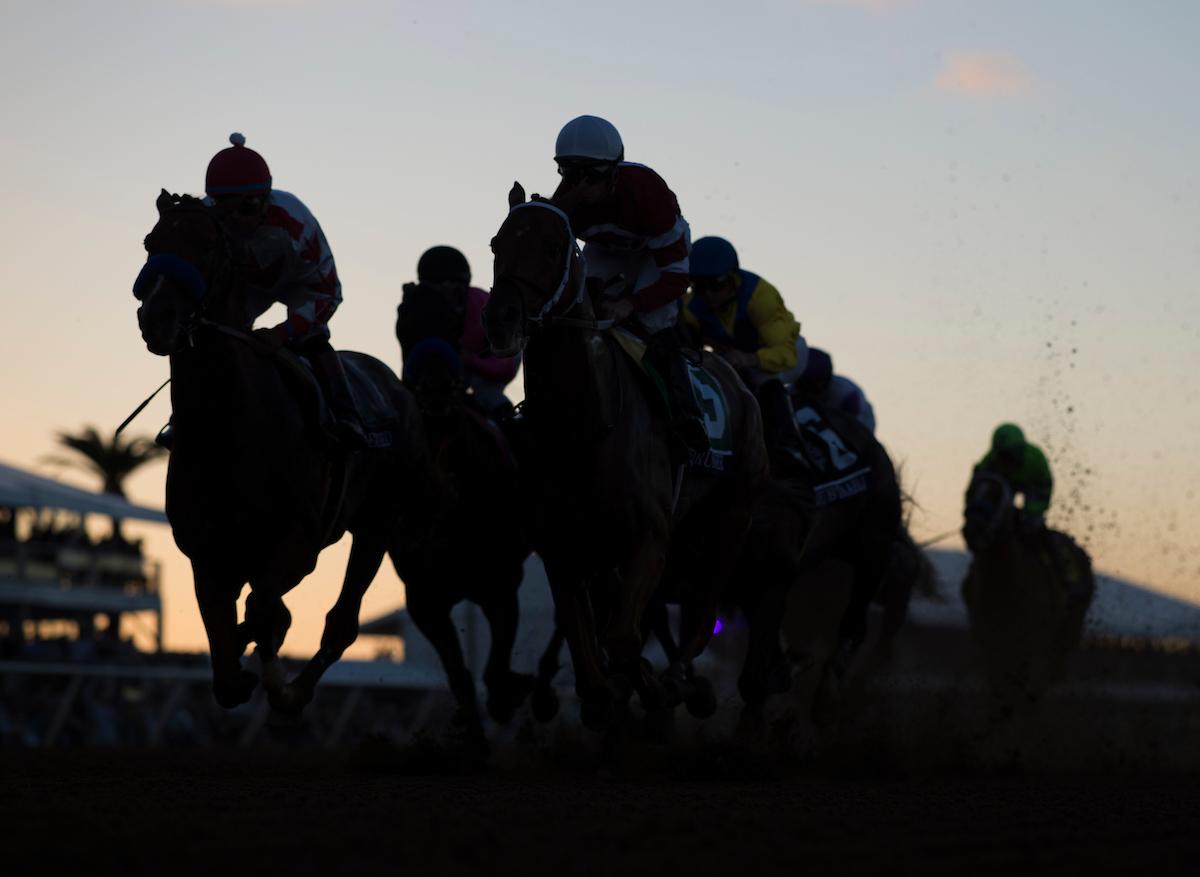 All the while, as I stood pressed ten-deep at the paddock rail to catch a glimpse of the equine heroes circling before me, from the great gray monster of a filly Unique Bella in the Filly & Mare Sprint to my favorite European contenders like September and Rhododendron, my thoughts kept flickering back to another horse.

Jobber Bill is a far cry from the blue-blooded Thoroughbreds who walked smoothly before me. An Ontario-bred gelding, Jobber Bill raced 34 times, winning just twice — once at Fort Erie and once at Woodbine. A friend of mine, who took Jobber off the track last fall after maintaining a connection with his trainer, told me she liked him specifically for his good nature and a quiet attitude even as she breezed him in the mornings.

Some of the Breeders’ Cup horses I cheered home this past weekend will go on to careers at stud. Some may sire or produce the next generation of champions that will grab our hearts and imaginations as we allow ourselves to be swept up in their ride. Others among these horses may find themselves in second careers — each year, there are thousands of Thoroughbreds retiring from their first careers, ready and willing to become partners for showing or recreational riding.

In the next few weeks, I’ll begin my own partnership with Jobber Bill; we’ll be bringing him home to our farm to start his second career as a working ranch and trail horse.

I love horse racing. I’m realistic enough to know that I’ll likely never own an active racehorse of my own; I’ll be relegated to standing at the paddock rail watching my favorite horses parade past. But I can write myself into this larger narrative, the story of the Thoroughbred, in a totally different though equally important way. In adopting a Thoroughbred of my own, I can bring my love for the sport full circle as my horse comes home.

At the Breeders’ Cup, I was encouraged everywhere by the indicators of Thoroughbred aftercare: huge commercials flickered across the screens between races; members from some of the major aftercare organizations were interviewed. Even the betting screens gave everyday fans the opportunity to donate directly to aftercare.

There will always be critics of horse racing, much in the same way there will always be critics of eventing, reining, hunter/jumper and almost any imaginable discipline you can do with a horse. These voices are important, to point out where a field may be falling short and what it can do to improve. What can we all do to affect real change, to help improve the lives of horses — or just one horse, who has a need we can fill?