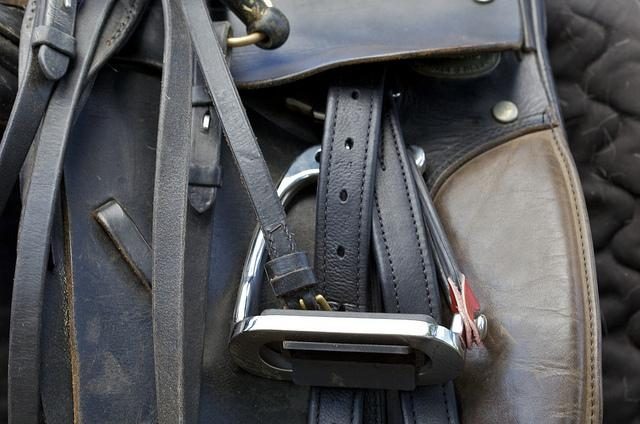 This tale is sure to give you a shiver… or a giggle. Last call for your own spooky Halloween tales — the deadline for our short story contest has been extended! 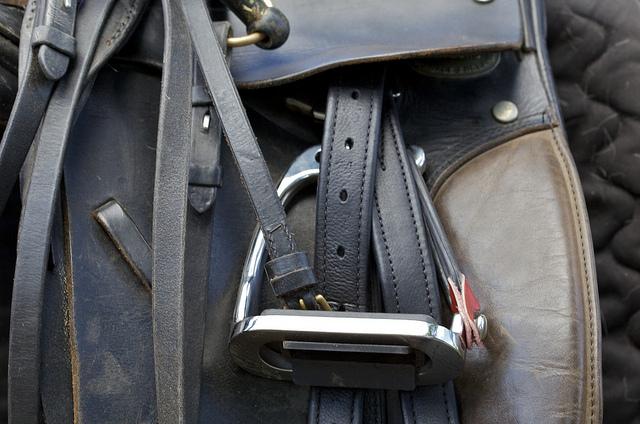 In a town not too distant, in a barn not unlike yours, there is a tale of a most unfortunate soul.

A young riding student full of hopes and dreams began his journey under the instruction of a seemingly pleasant instructor. Each day he would skip to his lessons, eager to learn the art of horsemanship and gain skills as a rider. At first the instructor was kind and patient, happy to aid the young rider in his journey. The corrections were mild and encouraging, gentle even, but it was not to last.

As the months went by, the riding instructor grew impatient and cruel. No amount of Starbucks offerings would appease her. Every ride became more intense and tiring. Corrections were no longer gently suggested, but screamed out. The instructor would even chase the rider with a whip when a corner was cut or a stride left out. It was a nightmare. The once happy rider became ragged and circles began to form under his eyes from lack of sleep. He just lay awake at night trying to think of how he could please the instructor. Would it help to bring her an iced instead of hot latte? Should he offer to groom all 20 of her horses for her? There was no way of knowing.

One day, as if in a state of insanity, the instructor created a new form of torture for the rider to endure. She took away his stirrups! At first he thought it would be fine. He’d trained for months and surely his muscles were up to the task. He was wrong. So wrong.

He completed the first lap around the arena with ease. A smile almost managed to sneak its way onto his face as he rounded the last turn, until the instructor gave another order.

“Posting trot!”, she shouted, smugly sipping her coffee and taking a seat on the mounting block in the middle of the arena.

Sweat began to pour off of the rider’s forehead. His legs began to burn with each post as he made the third, the fourth, and then eventually the tenth lap around the arena. Tears began to fill his eyes as he begged to be allowed to stop and rest, but the instructor just laughed and shouted “heels down!” as she continued to sip her coffee and revel in his discomfort.

This carried on for a solid hour. Finally the rider collapsed, falling from his horse. His body had given out. His last words to the cackling instructor as she stood over his dying body were, “Beware… the curse… of the stirrupless… horseman.”

A week later that same instructor was found hanging by her stirrup leathers in the tack room, her cold hand still clenching a vente latte.

They say that the stirrupless rider stills haunts that barn and every barn where there is injustice.

He rides through the arena at night with no stirrups, moaning and crying “heels down!” If you listen, you can hear the gentle clanging of stirrup irons in the tack room. A warning to all riding instructors that he is still out there, and he hungers for justice… and to have his stirrups back.

Whether you have an old tale that’s been passed down in your barn family or you conjure up the best spooky story in your mind and put it down on paper, we’re calling for your best horsey Halloween tales for our second annual short story contest. We’ll publish the best around Halloween, and we’ll be reading our favorites on the Halloween episode of Horses in the Morning, the horse world’s first and favorite daily podcast!