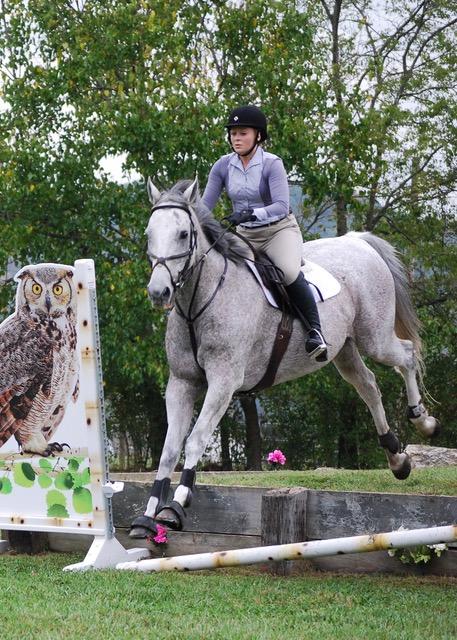 I hear it over and over again: “Enjoy the fact that you’re wealthy enough to ride horses” or “owning and showing horses is a privilege for the rich.” The assumption is that I must have been born into money to have some taste of the horse world. I guess for many that is the truth and while I don’t feel the need to defend myself to strangers, I want to use this as an opportunity to share my story with other young riders like myself — riders who don’t think they can be something because of the number of dollar signs associated with their last name.

I started riding competitively at 18. I had the choice between using my hard-earned money to buy a horse or a new car — and I would make the same decision over and over again. My first horse was a team roping reject-turned-hunter Quarter Horse who could hold his own in a crossrail division and that’s about it. He was never the hack winner and he topped out at 15.2, but he was honest and kind and I love him still to this day. 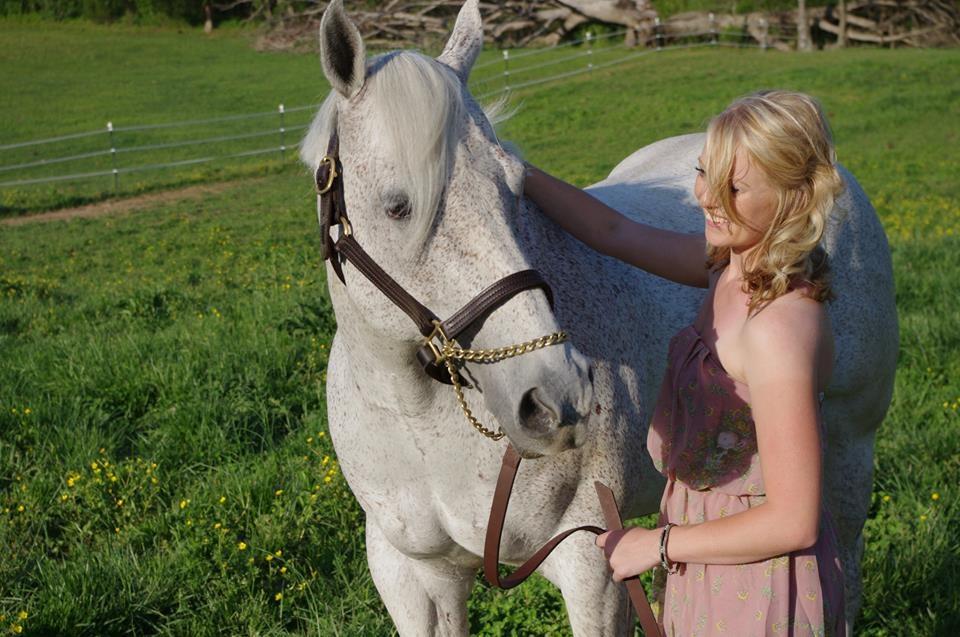 At 22, I would graduate college and run out of money due to difficulty finding a decent paying job. I would later have to sell that kind-hearted horse and my world shattered. I could have sat back and said there was no use, I would never be financially stable enough to own horses again — but I didn’t. I fought hard professionally and began working my way up the ladder. My first job paid $21,000 a year and I could barely buy my own groceries, but I didn’t stop. Horses became a memory to me for two very long years, but I kept that memory tucked back in a safe place knowing I would return again.

At 24, my then-fiancé would tell me I should start riding again. The nearest stable was an hour away and I was already commuting an hour one way to work (the opposite way, might I add), but somehow I managed to dedicate one day of my week to the saddle. I leased a sweet hunter for a few months only to later purchase an off-track Thoroughbred for less than $5,000. I was green. He was green. But my dreams were bigger than my reality. 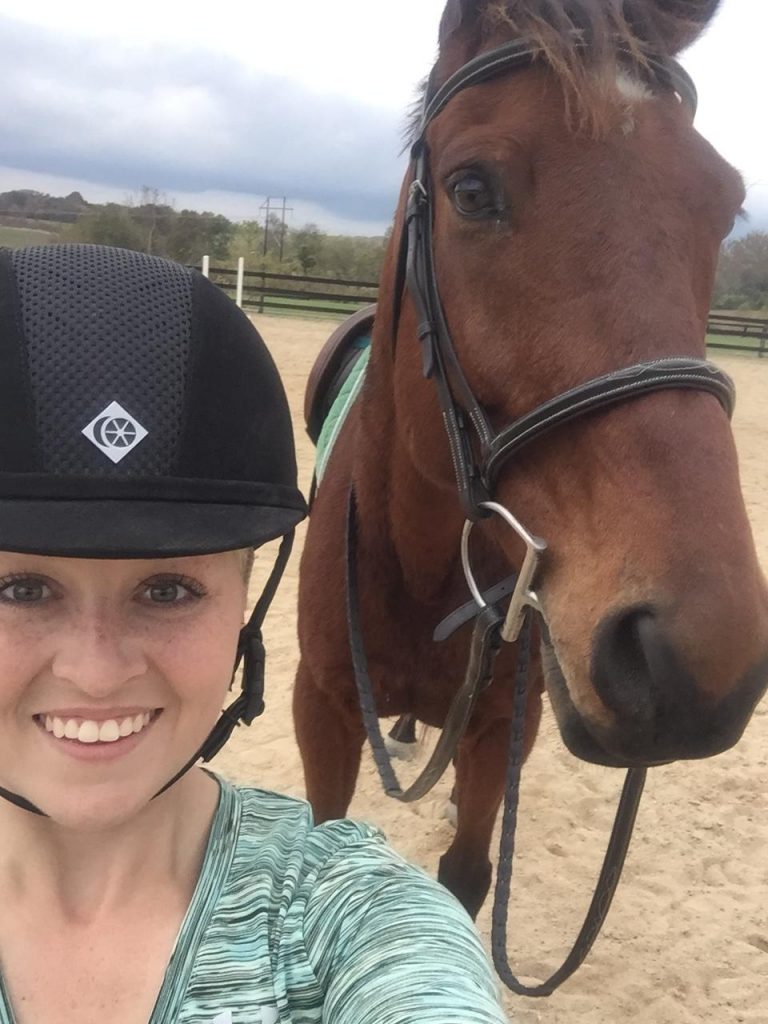 We were nobodies and we liked it that way. Photo by Meagan DeLisle

After our wedding, my now-husband and I would begin our journey to becoming debt free and somehow I managed to keep horses in my life only by picking up MULTIPLE odd and freelance jobs. I only showed if I could scrape up enough dollars to make ends meet and not get in the way of our debt free dreams. I sacrificed personally to see the horse adventure through. I grew frustrated trotting courses on a green horse while other riders my age were jumping Grand Prixs, but I didn’t quit.

When we became debt free, I began saving. I wanted the best for my Joey — after all he had given his best to me. I knew I wanted more time in the saddle and to invest in a second mount for myself. Another horse meant more money, and more money isn’t as easy as it sounds. I would leave my 8-5 job and work, work, work — sometimes from the comfort of my own home and sometimes doing random jobs for random people, always stashing away $20 bills in a little jar. I would sell things, make things, come up with crazy schemes and imagine what life would be like if I were born the daughter of a millionaire. 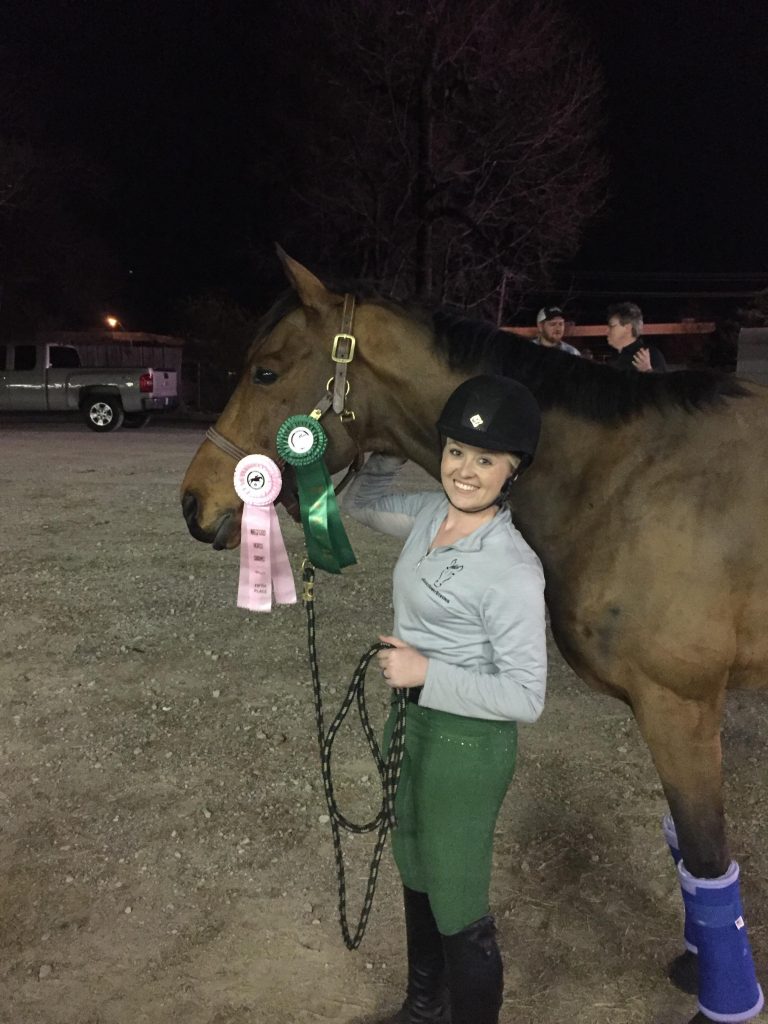 Every spare dollar I made went to my horses. Photo by Candy Jackson

Life would be much easier if that were my reality. I would have made horses and be jumping huge courses and I wouldn’t have to work. I could spend my winters in Florida competing at WEF and I could have countless grooms to do the hard stuff for me. I could show in every stinking class of every stinking show if I wanted to… but would it be worth it?

When my second horse came home off the track (for a whopping $800, mind you) I was filled with pride. Sure — it could be easy. I could be rich. This could all fall into place as easy as making dinner plans, but it wouldn’t be this satisfactory. It wouldn’t fill me with joy like the first time I jumped Joey 3′. It wouldn’t bring tears to my eyes when my goofy OTTB won that blue ribbon in the 2′ jumpers. It wouldn’t mean so much to me every time Flash would nicker at me from his stall. I wouldn’t be the rider I am today had it all been handed to me.

Every day that I wake up and am blessed with another day to ride is a privilege I don’t take lightly. Photo by Anne Barry Weber

And you know what else? I AM rich. I’m filthy stinking rich with passion and dedication and support and love. I am so very rich with love.

So yeah — chalk me up as privileged.