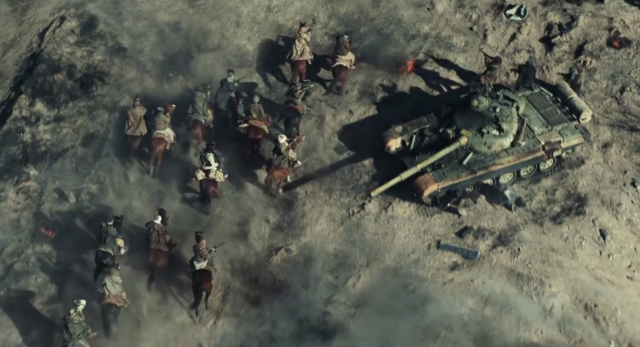 Set to release on January 19, 2018, ’12 Strong’ brings to the big screen the incredible true story of a group of Special Forces soldiers deployed to Afghanistan after 9/11 — and found themselves climbing into the saddle. 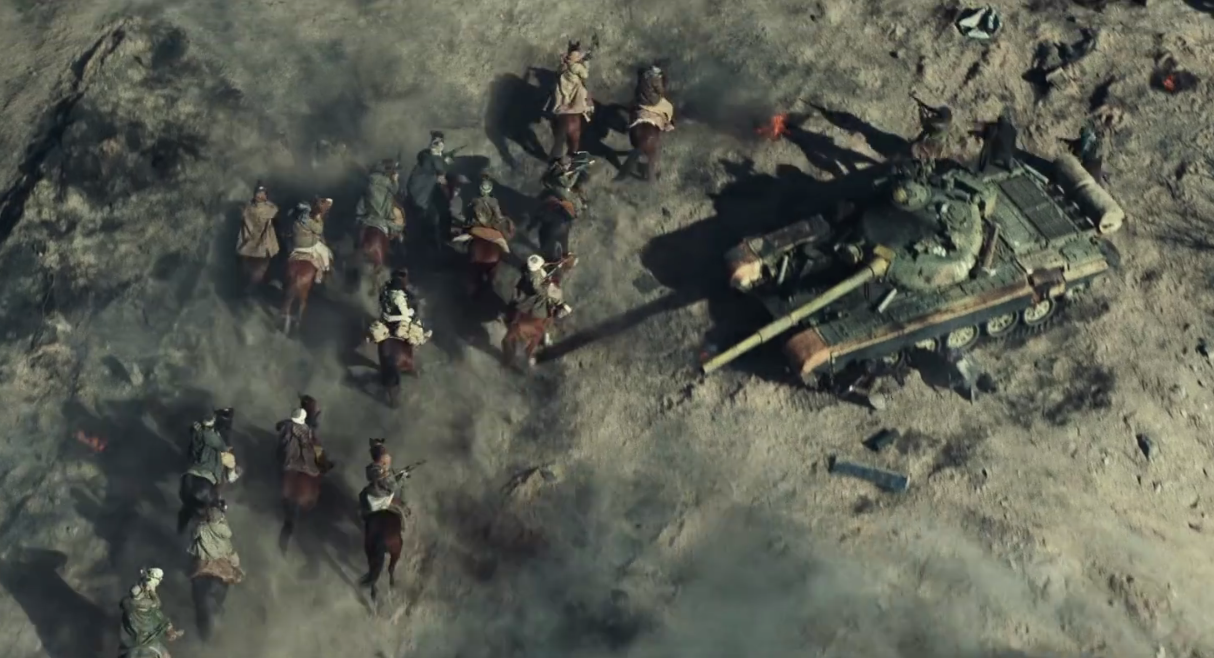 The Special Forces team deployed to Afghanistan just weeks after 9/11, known now as the “horse soldiers,” were a group I’d been vaguely aware of in just the most general terms. I’d seen the occasional headline about troops riding horses in Afghanistan and was aware of Doug Stanton’s book Horse Soldiers, but in my mind without doing more research came to the assumptive conclusion that the horses must have been aids in reconnaissance, the most efficient way to move men through the mountains from engagement to engagement. The concept of “riding horses into combat” didn’t really hit home for me — surely those headlines didn’t mean actually riding a horse into combat.

How foolish I was, until a friend shared the trailer for the upcoming film 12 Strong, slated to release on January 19, 2018 from Warner Brothers.

The film is based on Stanton’s book, which has been hailed as a well-researched if slightly dramatized account of Task Force Dagger, the name for the Special Forces operation.

Two twelve-man teams flew into Afghanistan on October 19, 2001 (note that the trailer for the film version released exactly 16 years later), tasked with the mission of advising and supporting the Northern Alliance, led by General Abdul Rashid Dostum, who was fighting to liberate the country from the Taliban.

The Northern Alliance provided the Special Forces with horses, which were essentially the only way to move quickly through the mountains of northern Afghanistan. Despite having little experience on horseback, other than Captain Mark D. Nutsch (upon whom Chris Hemsworth’s character Mitch Nelson is based), the soldiers adapted — Special Forces are trained to adapt and adjust to each scenario, to infiltrate and work with local communities. Eventually an air drop of leather Australian-style stock saddles was requested to better fit the large frames of the soldiers, as opposed to the small wooden saddles used by Afghanistan soldiers. 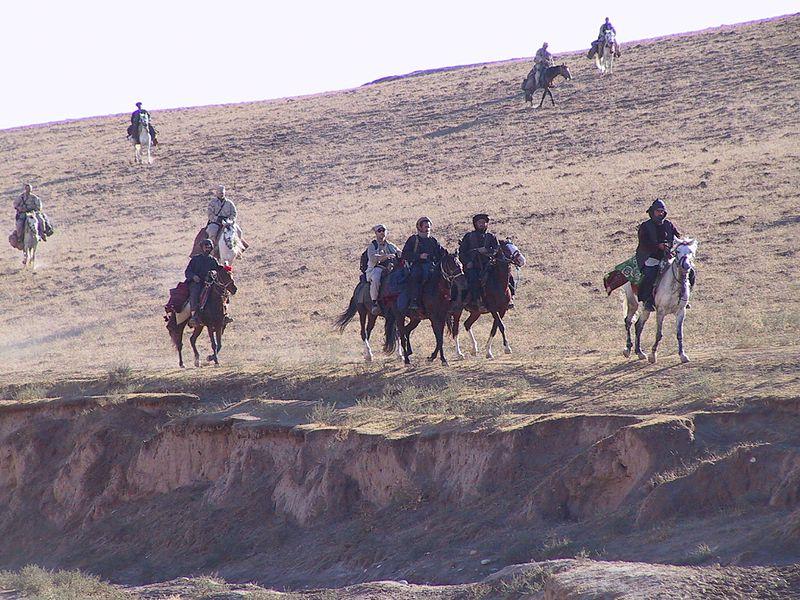 However, due perhaps to the speed of the cavalry, the second line of horsemen succeeded in taking the Taliban trenches with the enemy fleeing. A second, larger attack the next day at Cobaki nearly saw the Northern Alliance fail; it was at this point that members of the Special Forces themselves charged into battle on horseback to aid General Dostum. This reinforcement turned the tide and the Northern Alliance took the day.

Captain Nutsch emailed a report including a line that has since become famous:

I am advising a man on how to best employ light infantry and horse cavalry in the attack against Taliban T-55s, mortars, artillery, personnel carriers, and machine guns – a tactic which I think became outdated with the invention of the Gatling gun.

The actions of these Special Forces, now known as the “horse soldiers,” has been commemorated by the America’s Response Monument, a statue depicting a Special Forces member on horseback. The statue stands in front of One World Trade Center.