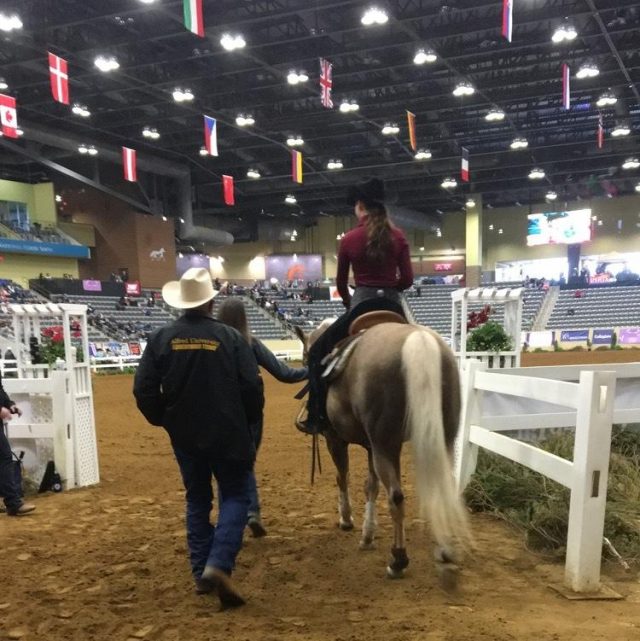 From a professional lesson student. 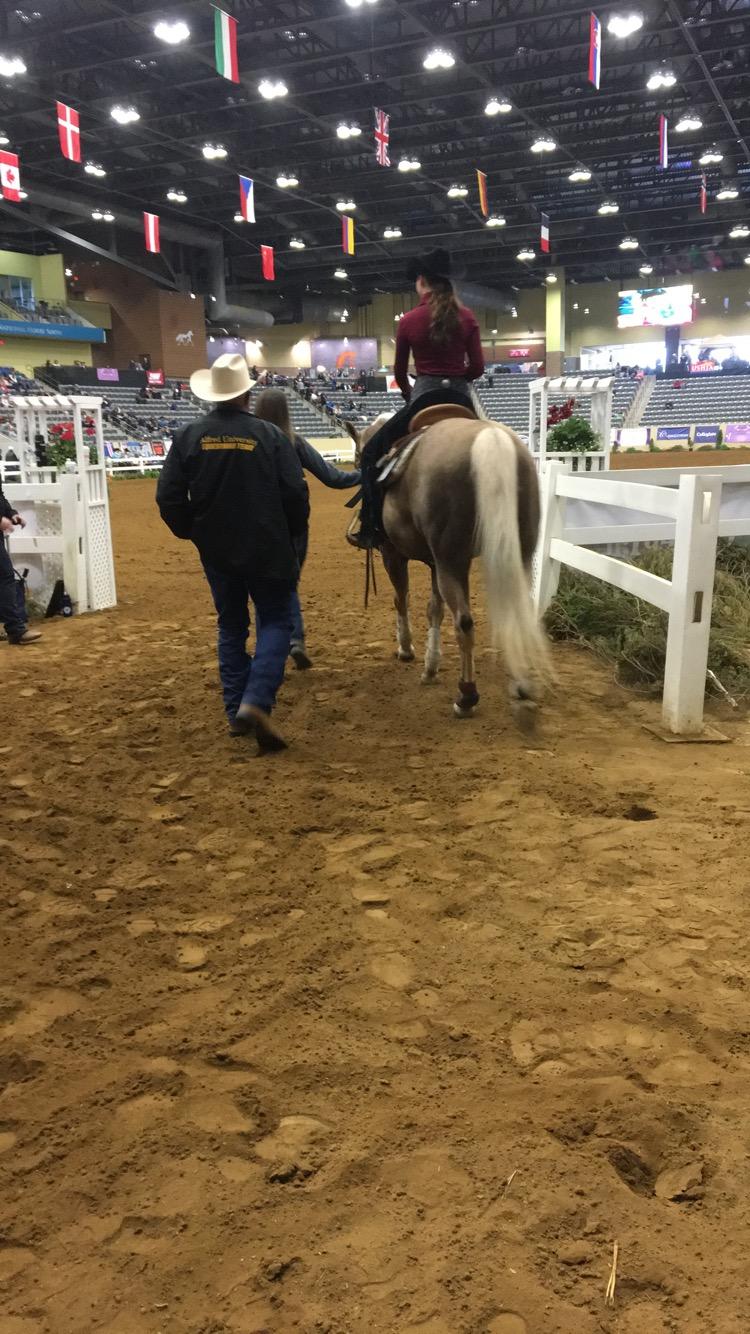 Haley aboard “Trigger” from SUNY Morrisville at the 2017 IHSA Nationals, with coach Harry by her side. Photo by Kelsey Evoy.

Having spent the bulk of my free time in the saddle since I was five years old, I think I can veritably say by now that I am a professional lesson-taker. I grew up under my mother’s tutelage, then moved on to the Interscholastic Equestrian Association to learn under different coaches and in clinics, and now participate in the Intercollegiate Horse Shows Association under four coaches (two western, two hunt seat). Every coach I’ve ever had the privilege to ride under has had a different style of teaching and format to the lesson, some more compatible with my own ideals of riding than others.

In lessons with my mother during elementary school, she taught me from the start that whining and attitude had no place in the arena, and that if I did either, my ride would be over — temper tantrums have no place on the back of a horse. As I grow older, I appreciate that lesson more and more, doing my best to uphold that standard of behavior in all I do and provide an example for others as a co-captain of Alfred University’s Western IHSA team. In reinforcing the importance of sportsmanship in riding, my mom laid out the foundation I needed to be an attentive and respectful student in the arena. Below are some of the things she emphasized in teaching me how to be a horsewoman, and ones I still live by today that help me get the most out of lessons.

1. Say thank you. This detail is often overlooked, I think, in its simplicity, but thanking your coach after every lesson and show is important. My mom always emphasizes this because it shows gratitude for your coach taking the time and effort to teach you, but their role in turning regular people into horsemen and -women is sometimes underappreciated.

2. Ask questions. If you don’t understand what your coach means or are unsure how to accomplish it, ask. If you don’t know why they’re having you try a certain approach, politely ask them to explain it to you. You’re much better off asking right then, at the moment of confusion, and having it corrected, than you are waiting until the end of the lesson, when both you and your coach have potentially forgotten what the exact problem was. This shows your interest and drive to learn in the long term, rather than just trying to make it through a lesson.

3. Always listen. In IHSA, when all of our practices are in groups (sometimes of up to ten riders),  I can glean a great deal from listening to what my coaches say to other people — if it doesn’t apply to my own ride right then, it will still be useful later if I’m assigned that horse, or if I encounter a similar issue.

4. Self-correct. If your coach tells you at the beginning of practice to stretch your heels down, remind yourself of it as often as you can. Most coaches, after a time, will stop repeating themselves, so if you count on them to constantly correct you, you won’t reach the same level of autonomy in your riding as you could if you stay focused on correcting the issues you know you’re predisposed to. If you’re not sure if you’ve fixed the problem, it can be useful to check back in with your coach or even ask for exercises you can do to remedy it on your own time.

5. Do your homework. I’ve found it informative and useful, in my downtime out of the saddle, to look up videos, pictures, and articles of professional riders and how they operate. There are so many resources available online and in print to learning riders, and it never hurts to educate oneself on different methods of riding and training. Knowing what a maneuver looks like done exactly right can give you a better sense of how to ride into it and prepare for your next attempt.

Since beginning my IHSA career, I have grown considerably as a horsewoman — partially the result of my own maturing, but also in coming to terms with how I learn best and how to get the most out of a practice, whether it be alone or in a group. I am incredibly lucky to have had (with very few exceptions) wonderful coaches whose wisdom, talent, and grace I can model my own identity as a rider after, and along the way I’ve learned a few things about the process.